The Salida Starlettes Burlesque Show postponed due to Decker Fire 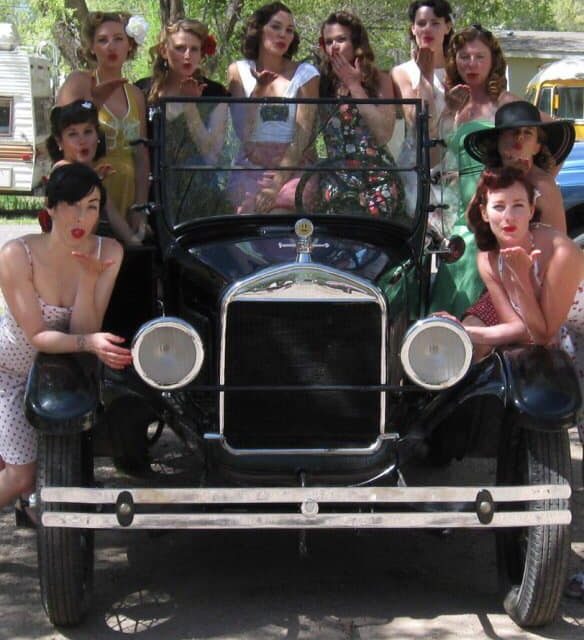 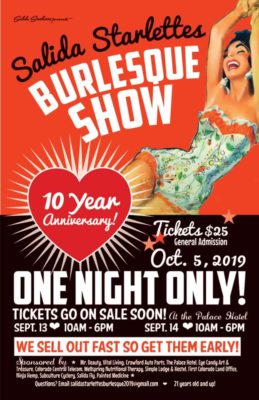 The 10th Anniversary event for the Salida Starlettes Burlesque show, which was to take place at 8 p.m. on Saturday, Oct. 5 at the Chaffee County Fairgrounds, has been postponed until further notice.

The postponement is due to the Decker Fire, which expanded an additional 1,500 acres on Wednesday, bringing the total burned acreage to 3,746 acres. The Incident Command Center for the fire has been moved to the fairgrounds, which has no place to hold the show at the time being.

The Salida Starlettes will meet Thursday, Oct. 3, to determine what will be best for the community in rescheduling the event. Kindle Bustos, who has been coordinating the event, spoke with Ark Valley Voice and said that three of her Starlettes had to make evacuation plans. Bustos said that they want to do what will be best for the community and out of consideration for families that have been evacuated by the Decker Fire, including some of the Starlette families themselves.

Ark Valley Voice will follow up with Bustos to determine what the new details will be. Until then, the Starlettes will be keeping the community and ticket holders posted on their Facebook page at www.facebook.com/groups/810966832637492.