The show must go on: Local high school talent pushes through with in-person theatre starting Friday

It just wasn’t fair. A little over a year ago, the fading playbills sat around Salida, looking out from the windows of shuttered stores and waving limply from telephone poles at the occasional passing car. At the time, the virus was mostly acting out in other places, but with the herculean efforts to keep people safe and alive came that 2020 form of cruelty: Good Things That Were Supposed to Happen But Didn’t.

Salida High School was apparently in the karmic crosshairs. As Colorado went into lockdown mode, the school’s spring performance of “Clue” was scuttled the day before the production was set to open. In Buena Vista, high school students were able to kick out one night of “Into The Woods” before the remainder was cancelled. 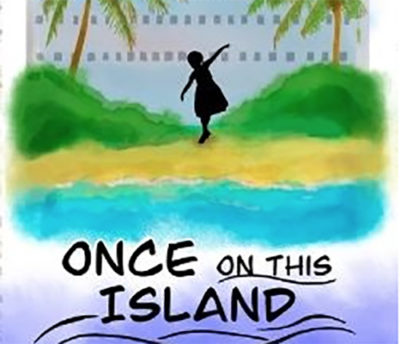 “I look back on that and it’s a very haunting moment,” said Salida’s drama team coach Devon Kasper. “It was a big show. It was devastating because we all were ready for it… It was like a stillbirth in the creative process.”

She said it was surreal to put away the props by herself.

So went the rest of the school year, as kids and teachers around the planet struggled to experience education from their living rooms. Rites of passage such as prom and graduation morphed into awkwardly gathered events that were less than optimal – unforgettable, yes.

Chaffee County’s schools emerged far bolder than most in the fall, bringing students back into classrooms but knowing there would be masks and quarantines and occasional closures, and honestly, a lot of serious messing around to make things work. Sports got sidelined or delayed and things like theatre, which by its nature involves groups of people in close quarters – required a painstaking look: How do we even begin to make this happen?

Neither high school had a fall drama production this year. But this month, after weighing the logistics of distancing for both cast and audience, finding plays that are compatible with restrictions, and knowing they’ve got to change directions if a cast or crew member tests positive for COVID-19, both Salida and Buena Vista high schools are planning to hit the stage with live audiences.

“Once On This Island” Set for April 16

In Buena Vista, “Once On This Island” by Lynn Ahrens and Stephen Flaherty, is slated to open April 16. It will be the first musical in the new flex commons space in the newly built middle and high school building; the school was borrowing the old Orpheum Theater on Main Street last March when the coronavirus put the brakes on “Into the Woods.”

Things have changed over a year. “We’re doing a musical. Just those words were so impossible to say for so long,” said director Tanner Oharah, who teaches choir and theatre at Buena Vista’s high school and middle schools. “This will be the first time we invite a large audience in.” 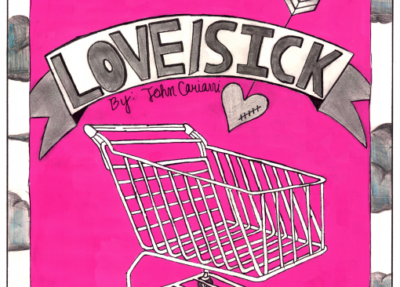 That means 70 masked and distanced people by COVID-19 safety standards. To accommodate what might be a considerable swath of the community, the Buena Vista students are performing six in-person shows: April 16 through 18 and April 23 through 25. Shows start at 7:00 p.m. except for the April 18 performance at 2:00 p.m. Online performances are slated for April 30 through May 2.

Oharah said his group started juggling the restrictions and possibilities for a spring production back in January, and that many school districts simply opted out of in-person theatre with an in-house audience for the entire year. “We’re here, doing this, and a lot of people (in other districts) are like, ‘Nope, it’s too hard to try’,” he said.

“I’m really pleased with our county and our district,” he added. “They’re making choices in the moment that seem to make the most sense.”

He said there’s always the possibility of COVID-19 derailing the best-made plans, in which case the production would have to be rescheduled. “But I think it’s all worth it to do the thing we love doing.”

Kasper said that initially her students were wary of another “Clue”-type shutdown or perhaps what is best described as rotten luck: In the fall of 2019 the drama team lost its lead player just a few days before the opening night of “Hamlet.” The show went on with assistant director Cat Schleicher reading as a fill-in. The team regrouped, however, with a new Hamlet and Horatio, and went on to perform at the Colorado Thespian Festival in Denver for a Superior rating.

She said that this month’s production, John Cariani’s “Love/Sick,” is an apt reflection of the pandemic, featuring six scenes with two distanced actors at a time. “I’d call it a dark comedy,” she said, describing the plot that looks at the lives of six couples in the same town on the same night.

“And the cool thing about it,” she said, “is we realized that these are all people trying to make a connection. This is very much like what we’ve been feeling in this pandemic… living in a surreal world where you can’t touch anyone.”

The show is set for 7:00 p.m. April 9 and 10 and 2:00 p.m. Sunday, April 12. She said the Salida High School auditorium will accommodate 175 socially distanced people at a time, and that the production should be available online at a later date, most likely on YouTube.

Oharah describes “Once On This Island,” set in Haiti, as “kind of feeling like an island party, but also wrestling with really hard questions. The core of it is, is death or love stronger?”

He said about 40 high school students have been involved in the show – something that would have been impossible a year ago. “Seeing the kids work so hard and come out with a good product is pretty great,” he said.

“Once On This Island”: $10 per person in pod seating arrangements. bvhsco.booktix.com. For online tickets: showtix4u.com/event-details/48140