Election time in Salida is on the horizon again. While the roster of candidates running for the three Salida wards is still not final, this seems a good time to focus on factual observations made by those who have led the city for the past term. 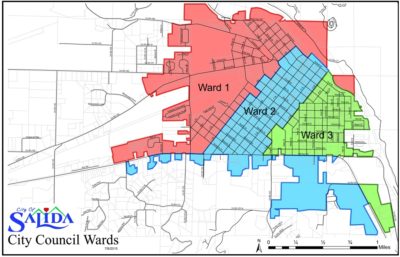 The mayor and every single city council member were asked the same five questions. Some responded to all questions, others chose not to respond to one or more questions, which was their privilege. Where that occurred, Ark Valley Voice has noted this fact. At any point where a council person who did not previously comment on a question wishes to add a comment, AVV will publish what they add.

Beginning Monday, Aug. 26 and continuing through Friday, Aug. 30, Ark Valley Voice will run the series, providing the responses received from city council members and mayor. We have not edited the responses other than for grammatical or syntax errors.

The Five Questions for all Elected Officials:

1. What has gone well with the current city council?

2. What has this city council accomplished?

4. What are the lessons learned” and the changes or improvements that resulted?

5. What are the shortcomings – what could be done better – and what are your hopes for the new council going forward?

While it might be tempting to see the answers set forth as black and white – conservative or liberal – the truth is neither conservative nor liberal. It is simply – the truth. The responses by the serving city council members and mayor are their views of Salida today.

Ark Valley Voice maintains no opinion on the candidates, reminding our readers that at our inception we said we would not do candidate endorsements during elections. We maintain that stance.

Tomorrow we begin with this question: What has gone well with the current city council?