Thinking Security: Catfishing — Who Is Actually Behind the News You’re Getting?

‘Catfishing’ refers to luring someone into a relationship through fictional means. The term came to modern prominence as a result of the documentary Catfish, which was about someone being scammed on a dating site because the person they were interacting with was using a fictitious profile, but the term is much older than that. 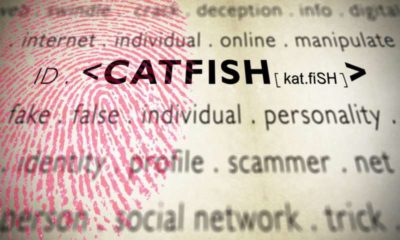 In this week’s column I want to focus on people and organizations that have created fictitious identities to promote and push news on what appear to be digital news sites. Some of the information posted is accurate (if ideologically slanted), some of it is made up to achieve an ideological and political result, but all of it is promoted as legitimate news when it is anything but.

Back in December 2019 (despite how long ago that may seem, it was only about three weeks ago) The Columbia Journalism Review did a deep dive and produced an excellent long form piece of reporting on this problem. Specifically:

“An increasingly popular tactic challenges conventional wisdom on the spread of electoral disinformation: the creation of partisan outlets masquerading as local news organizations. An investigation by the Tow Center for Digital Journalism at Columbia Journalism School has discovered at least 450 websites in a network of local and business news organizations, each distributing thousands of algorithmic-ally generated articles and a smaller number of reported stories. Of the 450 sites we discovered, at least 189 were set up as local news networks across ten states within the last twelve months by an organization called Metric Media.”

Titles like the East Michigan News, Hickory Sun, and Grand Canyon Times have appeared on the web ahead of the 2020 election. These networks of sites can be used in a variety of ways: as ‘stage setting’ for events, focusing attention on issues such as voter fraud and energy pricing, providing the appearance of neutrality for partisan issues, or to gather data from users that can then be used for political targeting.

On October 20, the Lansing State Journal first broke the story of the network’s existence. About three dozen local news sites, owned by Metric Media, had appeared in Michigan. Further reporting by the Michigan Daily, the Guardian and the New York Times identified yet more sites. Previous reporting had identified around 200 of these sites. Our analysis suggests that there are at least twice that number of publications across a number of related networks, of which Metric Media is just one component.

The networks can be traced back to conservative businessman Brian Timpone. In 2012, Timpone’s company Journatic, an outlet known for its low-cost automated story generation (which became known as ‘pink slime journalism’), attracted national attention and outrage for faking bylines and quotes, and for plagiarism.

Journatic rebranded as Locality Labs in 2013. It is behind many of the publications we discovered that appear created to mimic the appearance and output of traditional news organizations. These sites do not bear much information about their political use or funding, but some of them have been funded by political candidates and lobbying campaigns. The main organizations involved in operating these networks of publications include: Metric Media, Locality Labs (or LocalLabs), Franklin Archer, the Record Inc., and Local Government Information Services (LGIS). Timpone is associated in one way or another with each of them. Michigan Daily has detailed “the convoluted relationship between these organizations.”

Needless to say, this catfishing of the news is not good for those of us trying to stay informed, especially regarding local events, in the wake of so many local newspaper closings over the past several years. But there’s another component to this catfishing. That is seeing what is being reported, accurately, or inaccurately, and/or slanted,  amplified through social and digital media, including digital news media.

A majority of Americans get at least some of their news from digital and social media sources. So if entities can get whatever information they are putting out as “news”, even if it is not news, picked up by someone and disseminated through Facebook or Twitter or other social or digital sources, this can seriously amplify their message.

This truth was reinforced this week from an unlikely and previously unknown source. It turns out that Robert Hyde, an erstwhile congressional candidate in Connecticut who is something of a super-supporter of the President, now finds himself enmeshed in the events surrounding the ongoing impeachment.  He has been running dozens of Facebook pages that were coordinating messaging. Shortly after he became publicly connected to impeachment, all of these pages suddenly shifted their messaging to defend him.

Facebook took all of them down not long after that. Mr. Hyde’s Facebook activities are not unique. Neither in the type of activity – having multiple sites with different names to obscure the provenance of the information while they all promote the same information. Twitter and Instagram platforms, and other social and digital media platforms as well, are all struggling with the same problem.

Not all of it is being done by hostile foreign actors – some of the calls, so to speak — are coming from within the house. The antidote is to check the “About” descriptions of sites from which you are getting information. Take the few minutes to read them and track back what is being said. Engage with this critical information so we can all keep “nothing from being true and everything and anything being possible”.