Thinking Security: Do You Know What Information Facebook Is Collecting About You? 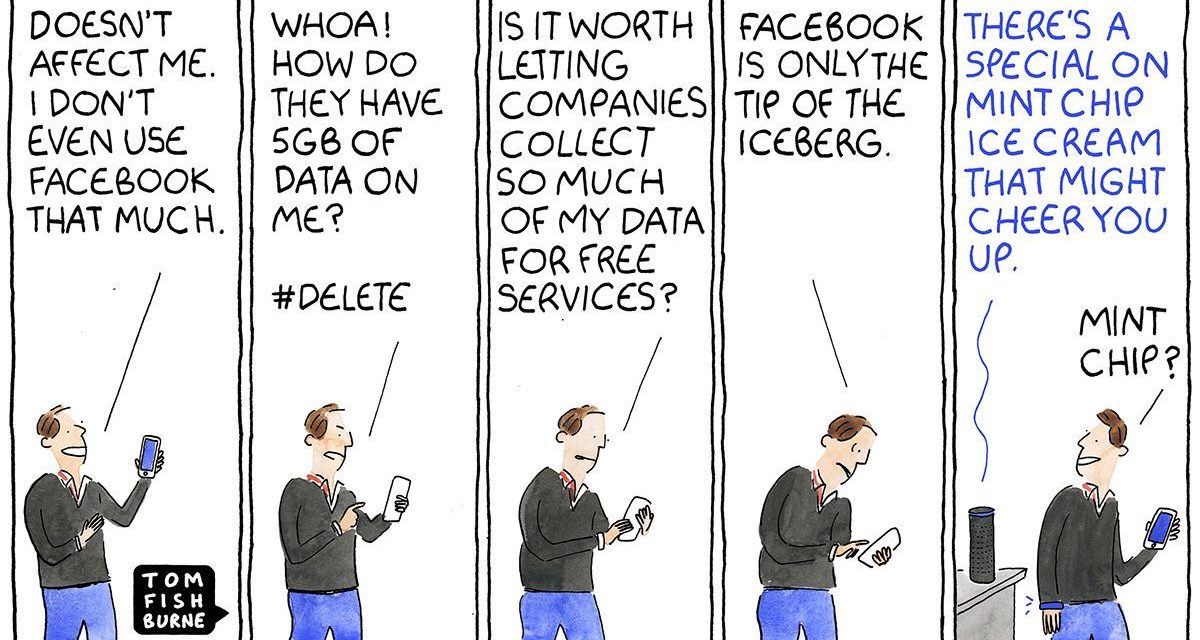 It has been a very busy news week this past week, which seems the way all of January 2020 was news-wise. I’m sure everyone is looking forward to tomorrow’s premier diversion: the commercials aired during the Super Bowl. But before we can all get to the “fun and game”, I want to refocus on the larger issue that I wrote about last week: our privacy — especially in regard to our information — and how we have less control over it than we think we do and we think we should.

This week I focus on Facebook’s collection of information in order to monetize it. Facebook has created a new tool on its platform called Off-Facebook Activity. Off-Facebook Activity can be found in the privacy settings of the Facebook app and shows all the other apps and websites that report your information back to Facebook. Even when you are NOT logged into the Facebook app, looking at Facebook, and/or using Facebook!

Mark Sullivan at Fast Company addressed almost all of the problems that Off-Facebook Activity makes perfectly clear: “We must actively fight to defend our privacy—big tech companies assume we have no real right to it.”

That point was underlined on Tuesday, when Facebook launched this feature—first promised by CEO Mark Zuckerberg in the wake of the Cambridge Analytica scandal—called Off-Facebook Activity. Looking at my summary page was an eye-opener.

A word of explanation: After quitting Facebook in November 2017, I (sort of) rejoined it just shy of four months ago under an assumed name. I use my new account only when my work as a reporter requires it. Even in that small space of time, 309 apps and websites dutifully reported my visits, purchases, and other actions back to Big Brother Facebook. Most of them reported data back more than once, many of them four or five times, and a few more than 50 times. That’s despite the fact that I’ve never clicked on any ads or added a single friend. They don’t care—it’s all automated.

Facebook advises that your summary page may not even list all the data the company collected from those sites and apps. For example, it may not include data collected from apps or sites while I was not logged in to Facebook. And during the four months or so I’ve been back on Facebook, I’ve probably only been logged in for about an hour in total. So Facebook may have a lot more data about me than I know.

Some of the sites that reported my actions to Facebook are personal in nature, such as my pharmacy and medical group. (Facebook says that its policies forbid sites from reporting back sensitive data such as health information, but they classify sites by type, and allow them to state that you made a purchase.) In order for apps—such as the ones installed on my phone—to transmit data back to Facebook, I would have to have logged in to them using Facebook Login. Websites don’t require such a proactive decision on my part. Facebook says that sites are required to inform me that they intend to report back to Facebook on my visits, purchases, and other activities. I don’t recall ever having seen such an advisory, and when I asked, Facebook provided no further information on the subject.

As is the case with Clearview AI’s taking our likenesses without our permission and then monetizing them for profit, Facebook is collecting significant amounts of information from everyone and then monetizing it for their own profit. If you are a Facebook user, you aren’t a customer — you are actually Facebook’s product. Facebook’s customers are the people that Facebook sells your data too.

Even if you do not have a Facebook account, Facebook is collecting your information. What Facebook is doing is collecting information from the same websites that it is now detailing in Off-Facebook Activity for its users and from all of our friends. The latter information is derived when Facebook users allow Facebook to access their contacts when they create their profiles.

The information collected from non-users is used differently by Facebook; they cannot sell it for targeting advertising on Facebook as non-Facebook users would never see those ads. But does this really make you feel better, as a non-Facebook user, about Facebook collecting information on you?

I’m a non-Facebook user. I have never created an account. I don’t even have the apps on any of my devices. And the only time I ever go to a Facebook page via a web browser, is only when I have no choice, because the business I’m trying to look up doesn’t have a regular website. Knowing that Facebook is collecting information about it doesn’t make me feel any better.

Part of that is because it is my information and I have not given permission for someone else to use it.

Another part is because, as a national security professional, I have an overly developed sense of paranoia (which I’m sure you are all discussing behind my back…). And part of it is because I don’t trust either Clearview AI’s Hoan Ton-That or Facebook’s Mark Zuckerberg. I don’t trust Peter Thiel, the tech investor who is involved with both companies and whose own product Palantir, a network analysis tool and platform initially designed to be used by people who do what I do in my professional work, has been widely promoted to law enforcement.

As someone who has taught network analysis for targeting and engagement to military personnel and who has done it as part of my work, I am incredibly concerned about what happens when Clearview AI’s database of our faces, when Facebook’s database of all of our information, and when Palantir’s network analysis tool and platform are combined. We should all be concerned. And we should all be talking to our elected officials about these concerns.