Thinking Security For the 2020 Election: Seeing the Facts Allows us to Control Our Destiny 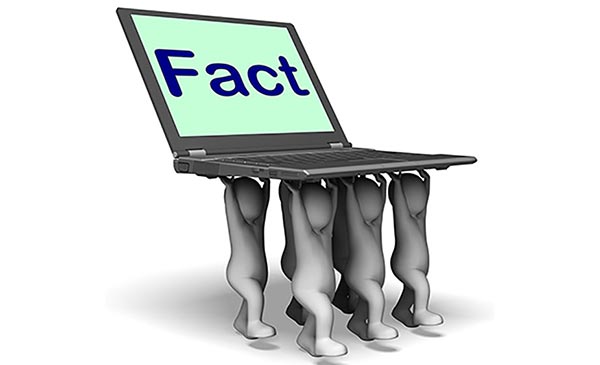 The right to vote in a free and fair election is one of the foundations of American democracy. The leaders of the #FBI, @CISAgov, @NCSCgov, and @NSAgov want you to know how their organizations work together to protect your voice—no matter how you cast your vote. #Protect2020 pic.twitter.com/TaJBhWYwqL

There is a lot of concern, stress, and strain in regard to the 2020 election. And this PSA was intended to address some of it.

Three weeks prior to releasing the PSA with his colleagues, Director Wray testified before the House Homeland Security Committee that:

Several days after Director Wray and his colleagues released their 2020 election PSA, the Department of Homeland Security finally released their October 2020 domestic threat assessment, that they tried to bury until a whistleblower made that impossible. The assessment makes it very clear that the predominant terrorism threat to Americans in the U.S. are white supremacists and other right-wing domestic extremists. One of Russia’s major influence operations to disrupt the 2020 elections is to incite terroristic violence by these groups against visible racial, ethnic, and religious minorities. From page 10 of the DHS thread assessment (emphasis mine):

Russia is the likely primary covert influence actor and purveyor of disinformation and misinformation within the Homeland. We assess that Moscow’s primary objective is to increase its global standing and influence by weakening America—domestically and abroad—through efforts to sow discord, distract, shape public sentiment, and undermine trust in Western democratic institutions and processes.

We note that in the U.S.. persons linking, citing, quoting, or voicing the same themes, narratives, or opinions raised by these influence activities likely are engaging in First Amendment-protected activity, unless they are acting at the direction, or under the control of, a foreign threat actor. Furthermore, variants of the topics covered in this report, even those that include divisive terms, should not be assumed to reflect foreign influence or malign activity, absent information specifically attributing the content to malign foreign actors.

I highly recommend you click through when you get a chance and take the fifteen or twenty minutes it will take to read the whole assessment for yourself.

DHS’s assessment is supported by an analysis released today by the German Marshall Fund:

“Over the last few months, the Digital New Deal project of the German Marshall Fund of the United States set out to look at deceptive sites that masquerade as journalism. We had identified these in our Roadmap for Securing Digital Democracy as “trojan horses”: sites that take on the appearance of news sites and launder disinformation while eschewing the practices of independent journalism (e.g., sourcing, mastheads, verification, corrections). These sites degrade democratic debate by leveraging platform design to boost conspiracies.

We found that the level of engagement with articles from outlets that repeatedly publish verifiably false content has increased 102 percent since the run-up to the 2016 election.

In addition, engagement with another set of sites that fail to gather and present information responsibly—especially Fox, Daily Wire, and Breitbart—has grown 293 percent. Interactions with articles from both kinds of deceptive sites have increased by 242 percent between the third quarter of 2016 and the third quarter of 2020.”

As we enter the last two and a half weeks of the 2020 election, it is important to recognize just what is going on with the deluge of information that American’s are receiving in the traditional and digital news media, social media, and digital media; much of it purposefully inaccurate and intended to inflame and exacerbate Americans’ existing political, social, economic, religious, and regional divisions.

The FBI viewpoint expressed by Director Wray in his Congressional testimony in September, the recent DHS threat assessment, and the German Marshall Fund’s analysis just released this week all concur. Misinformation, disinformation, and agitprop are being pushed primarily by Russia at Americans through their information sources in order to get Americans to destroy ourselves.

As I’ve written here before, Vladimir Putin knows that he doesn’t have the military and economic power to achieve his strategic objective of leveling American in order to enhance Russia’s stature and power. As a result, he has developed ways and means, leveraging information, intelligence, and diplomatic power to get Americans to do his work for him. This has been going on at least since 2014 and it will continue after the 2020 election is over.

Thinking security is deciding that regardless of our differences as Americans – political, social, religious, economic, or regional – we control our own destiny. Not Putin, not Russia, and not anyone else. At the end of the day, Putin’s strategy will only work if we let it.

There was a reason the Founders and the Framers used the motto e pluribus unum (from many one). It recognized that even at the founding of the United States 244 years ago, that Americans were a diverse lot, from many different places, with many different backgrounds, and with many differing ideas about how things should be done at the local, state, and federal levels of government.

But Americans’ greatest attribute has been the ability to come together as Americans regardless of those differing backgrounds and ideas. Thinking security means recognizing that we’re all in this experiment in self-government together and that no one has all the right ideas for how to actually self govern.