Thinking Security: Seeing the Trees Rather Than the Forest — Characteristics of War and Warfare in the 21st Century 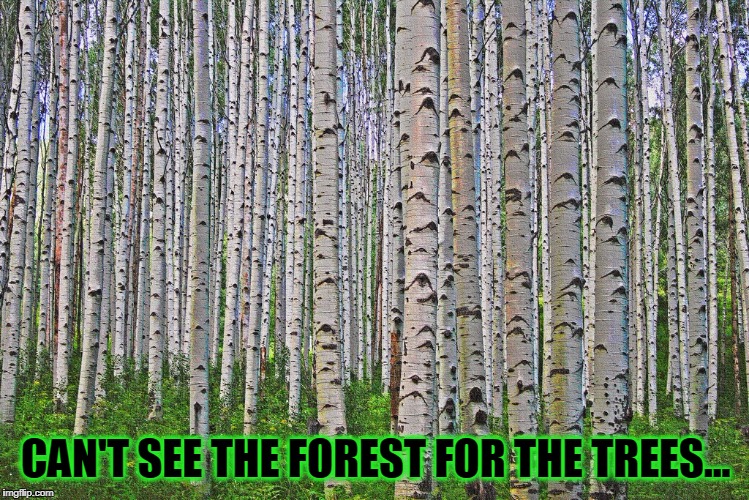 The past two weeks have seen the release of several important national security documents. The first was the third volume of the Senate Select Committee on Intelligence’s serial report on the Russian attack on the US 2016 presidential election. This third report focused on the failures of the U.S. response. A major finding, which is not surprising as it has been previously widely reported, is that the Obama administration did not respond forcefully enough because they were afraid of accusations that they would be doing so for partisan purposes.

The authors of The National Counterintelligence Strategy also recognize that all other elements of national power have been activated and weaponized against the United States:

“Russia and China operate globally, use all instruments of national power to target the United States, and have a broad range of sophisticated intelligence capabilities. Other state adversaries such as Cuba, Iran, and North Korea; non-state actors such as Lebanese Hizballah, ISIS, and al-Qa’ida; as well as, transnational criminal organizations and ideologically motivated entities such as hacktivists, leaktivists, and public disclosure organizations, also pose significant threats. Additionally, foreign nationals with no formal ties to foreign intelligence services steal sensitive data and intellectual property.”

It fails to understand these threats and challenges as a distinct form of 21st century war and warfare.

This represents a strategic disconnect between how America’s senior national security, defense, and foreign policy leadership understands war and the reality of the 21st century warfare being waged against the U.S., its allies, and its partners. That 21st century warfare de-emphasizes the use of military power, instead relying on the other elements of national power (diplomatic, information, economic, financial, intelligence, and legal). This leaves the U.S., its allies, and its partners exceedingly and increasingly vulnerable.

Different elements of the U.S. national security, defense, and foreign policy community have identified these 21st century forms of warfare, but they have been unable to recognize the forest for the trees. The U.S. is not facing simply a Russian active measures campaign utilizing cyber power to deliver influence effects. Nor is it facing a Chinese economic espionage and law-fare campaign to gain control of key technologies and sectors, while advancing Chinese national interests through the diplomatic and development efforts of the Belt and Road Initiative.

The U.S., its allies, and its partners also face, not merely a cyber-warfare campaign from the Democratic People’s Republic of Korea )DPRK), or an influence and cyber warfare campaign from Iran, or a terrorism campaign and psychological operations campaign by ISIS and other extremist politicized Muslim groups.

Rather, the U.S., its allies, and its partners are facing a new form of interstate and low intensity war; warfare where the lines of effort are focused on subverting and degrading all elements of national power, using all elements of our adversaries and competitor’s national power — other than military power — to achieve their strategic objectives.

The 21st century war and warfare with which the U.S. is currently confronted include; influence operations, cyber operations and cyber warfare, law-fare, economic and industrial espionage. The effect is greater than the sum of these parts.

All of these activities, as well as other related ones, combine the elements of national power, while de-emphasizing or avoiding the use of military power and directing them in coordinated, sustained attacks against the United States, its allies, and its partners. 21st century war and warfare seeks to inflict pain on the U.S. by utilizing the elements of national power, rather than military power, as strategic lines of effort to attack the U.S., its allies, and its partners to achieve adversary and competitor strategic objectives.

Unfortunately, the national security, defense, and foreign policy leadership in the U.S. appear to have identified the trees, but because their focus is too narrow, they are missing the forest. This can be clearly seen in The National Counterintelligence Strategy where the authors accurately identify the threats, but are unable (or unwilling) to recognize that they are not discreet or semi-discreet threats and challenges, but lines of effort and operation in a non-kinetic 21st century form of war and warfare.