As tensions remain high between the U.S., some regional allies and Iran, there are several strategic concerns and considerations regarding Iran that we should be thinking about. Some have to do with Iran itself. Specifically, Iran’s human geography of people, places and things interacting in time and space, creating serious strategic complications for any armed conflict with Iran. Some have to do with the U.S. and its ability to undertake even more conflict after several decades at war. There are information concerns: what we are communicating to the Iranians; what the Iranians are communicating to us; and whether anyone is actually listening to these communications or just hearing what they want to hear.

The first two strategic considerations – those arising from Iran’s human geography and the U.S.’s ability to undertake a new war after having been at war for a prolonged period of time – are critical to Iranian problem discussion.

I covered both of these topics in-depth in a professional article in August of 2019, which I will summarize here. If you are interested in a more robust treatment, please do click through and, of course, there is a full set of link as in-text citations to the sources I was citing in that article. 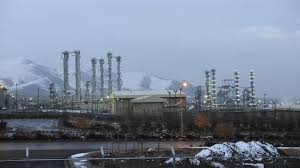 If levels of low-enriched uranium surpass a 300kg cap, then Iran would violate the terms of the 2015 nuclear agreement. (Photo courtesy Al Jazeera)

Iran’s human geography — its people, places, things and how they interact in time and space — all combine to make Iran a hard military target. Iran has located both its nuclear facilities for research and power generation and its military bases near population centers, heritage sites, the borders with its neighbors, and ground and sea lines of commerce and communication. (There is a map delineating this at the linked article above.) As a result, any attempt to reduce Iran’s nuclear capabilities from the air, whether with Air Force or Navy aviation or through the use of ship-based missiles, carries a higher risk of creating significant and serious civilian collateral damage.

In the case of the facility adjacent to the Iranian holy city of Qom, an attack would further inflame the entire region by destroying an Islamic heritage site. There are similar human geographic problems in the Straits of Hormuz and the Persian Gulf.

Because of the narrowness and shape of these sea lines of commerce and communication, and the capability of Iran’s navy, the Iranians can close the straits to shipping and to successfully attack U.S. Navy task forces, including the aircraft carriers at the heart of them, in these waters. This risk to U.S. Navy assets has been U.S. Army GEN (ret) Barry McCaffrey’s assessment since 2012.

The Iranians leaked their war planning back in 2007-2008, which delineated their response should the U.S. try to attack them from our bases in Iraq, Afghanistan or both. The Iranian defense is a hybrid one referred to as a mosaic defense. It seeks to leverage conventional military forces and operations to provide the time and space needed to pull Iranians out of their cities and towns, organize them as irregular forces around soldiers from the Iranian Revolutionary Guards Corps (IRGC) and the Quds Force. Then leverage Iran’s geography to wage an asymmetric, irregular, and unconventional war against the U.S. invaders.

It took several years, and changes in strategy, to make positive headway against Iraqis asymmetric, irregular and unconventional warfare waged against the U.S. In Afghanistan. The best we have achieved is a stalemate. Iran’s geography is a lot less hospitable to a U.S. invasion than Iraq’s and their population is far more educated than those we are fighting in Afghanistan. Iran is a human geography trap.

The U.S. also has its own set of strategic considerations. The U.S. has been at war since October 2001. The Air Force and Navy aviation have been conducting air wars in several regions since the end of Operation Desert Storm. That is almost 30 years of offensively used of airpower. As a result, as Lt. Gen. (ret) Deptula has said, the U.S. has more aviation combat experience than any other nation. But 25 years of continuous operations have eroded our ability to field and leverage this expertise. U.S. Special Operations are active in over 160 countries and, as the previous commanding general of U.S. Special Operations Command testified to Congress, we have no more Special Operations assets to spare. Similar personnel and material issues have been reported or testified to Congress for the Army, the Navy and the Marine Corps. If you are wondering what we are buying for the $716 billion in the normal Department of Defense budget, plus the additional funding for Overseas Contingency Operations (OCO) that we are using to pay for operations in Iraq and Afghanistan, it reveals no offensive capability to fight additional wars.

There is another major strategic concern to be considered –communication. What are we telling Iran, what is Iran telling us and whether either side is actually listening? In short, the U.S. is not speaking in one voice.

The president is clearly, and I would argue wisely, uneasy about committing to a use of force against Iran. His two key aides and advisors regarding Iran, Secretary of State Mike Pompeo and assistant to the president-National Security Advisor John Bolton, having overlapping views that are not in line with the president’s, and not aligned with each other. There are no Senate-confirmed Secretaries of Defense, the Army and the Air Force to provide input and guidance. As a result, the Iranians are getting three different official messages from the U.S.

The U.S. is further confusing things because it sets the conditions (through withdrawal from the JCPOA and imposition of stiff sanctions) for Iran to become non-compliant without having any reasonable way to maintain compliance. Iran, as well as the other signatories, has remained compliant with the JCPOA  since the U.S. withdrew from the agreement. That agreement allows Iran to enrich uranium for research and energy purposes, but there is a hard cap on the amount. It also created a mechanism for Iran to sell excess enriched uranium to European states and China so as not to breach the cap. The punitive sanctions the U.S. has imposed over the past year make it impossible for anyone to buy this excess enriched uranium without being sanctioned by the U.S. This is why Iran is breaching its enriched uranium cap. The result: the U.S. has communicated it expects Iran to behave, while at the same time making it impossible for Iran to do so.

What Iran is communicating to the U.S. is also important. Iran’s Foreign Minister, who was the lead in the JCPOA negotiations, has publicly stated that he would like to see a full return by all parties to the JCPOA as a way out of the current impasse. Iran’s Supreme Religious Authority has made it clear that no matter what the president or the U.S. does, he will not speak with the president one-on-one, which is one of the president’s recent requests.

They have watched Kim communicate passive-aggressive responses to the U.S.’s efforts and be rewarded, so it is not surprising that the Iranians are following suit, driving toward a small nuclear arsenal to deter the U.S.  If they do, that is a wicked problem that no military operation can resolve.