An important part of thinking security is considering and managing strategic risk. Every strategy is an attempt to balance the objectives to be achieved (ends) with the courses of actions that could achieve them (ways) and the resources that can be mustered to pay for those actions (means).

Every way that is undertaken, as well as the means used to pay for them, incorporates some form of risk. These include: a risk that the resources might not be available if it takes longer than estimated to achieve one’s ends, or that use of those resources diverts necessary funding, material, and personnel both from currently known needs, or as-yet unknown problems that will need to be addressed.

There is a practical example of managing strategic risk playing out in Washington State that we can use to illuminate the problem of strategic risk. In mid-December 2019 a report commissioned by the Washington state legislature into the activities of Washington state Representative Matt Shea (R-District 4) who represents parts of the Spokane Valley was made public. The investigation was commissioned after a number of incidents involving Representative Shea. They included making public and inflammatory statements speculating what might happen to Washington State law enforcement if the department sent officers to bring him, and other state Republican legislators who had left the state, back to the state capitol for a legislative session. 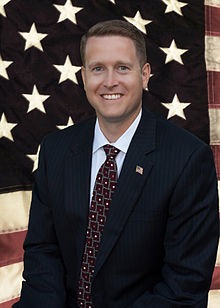 Washington State Representative Matt Shea, who refers to himself as a Christian Supremacist. Photo courtesy of Wikipedia.

State legislators in a number of states, of both parties, often use this legislative delay tactic of leaving the state to deny the quorum necessary to take action. Members of minority parties use it to galvanize public opposition against the proposed legislation; usually going across the state line, taking hotel rooms and holding press conferences in the lobby or conference rooms to make their case. Eventually they go back to work.

What was different this time is that Representative Shea appeared to make threats to the safety of any officers who might come to escort him and his fellow lawmakers back to work. The report found that Representative Shea had been involved, as a leader, in three instances of political violence against the US government, which is domestic terrorism.

Shortly after the report was made public, Spokane County Sheriff Ozzie Knezovich told reporters that he believed that “there’s enough to charge Shea with domestic terrorism, if not treason”. However, he was also concerned that taking Representative Shea into custody could lead to “an armed standoff”. While this was not the first time that he had expressed concerns about Representative Shea, Knezovich’s remarks led to comments on social media platforms about double standards in policing and criminal justice.Some asked why Shea was not being taken into custody by the sheriff if he was such a threat and demanded something be done.

Missing from all this was the discussion about Knezovich’s need to manage the significant strategic risk from Shea’s actions. Knezovich, as the law enforcement officer in charge for Spokane County, does not have the authority to arrest Shea for domestic terrorism. Not only is it a Federal law enforcement matter, but because of a flaw in how the law was revised post 9-11, there is no actual penalty in U.S. federal law for committing domestic terrorism.

Until or unless Shea breaks a state law or local ordinance, Knezovich can’t arrest him for his alleged crimes. All he can do is what he’s done consistently over time, which is to call out Representative Shea’s behavior, condemn it, and call for the appropriate authorities to take action. 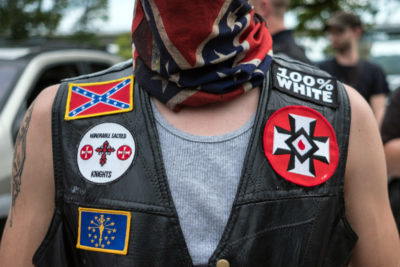 Strategic risk here goes far beyond this important reality. The Washington state legislature’s commissioned report into Shea’s activities identified him as a leader and planner with right wing domestic violent extremist organizations in the Pacific Northwest.

Part of what Knezovich has to grapple with in terms of strategic risk management is what happens if he, state, and/or federal law enforcement tries or succeeds in taking Shea into custody. Would Shea call his supporters to protect him and would they do so?

The report’s conclusion; that Shea has the ability to mobilize his followers and allies to action, and that those followers and allies are armed and willing to commit violence to achieve their objectives. Knezovich has to decide if he has enough deputies and reserve deputies to secure Shea in custody, while maintaining the peace in Spokane County until state and federal law enforcement can be sent support and can they sustain the support?

The strategic risk: those actions could turn the Spokane Valley into a low intensity war zone in support of a domestic extremist rebellion against local, state, and Federal authority. This isn’t far-fetched: Shea is alleged to have supported, helped to plan, and participated in such actions in the past.

While Knezovich has made it clear that the Spokane Valley, as well as the state of Washington and neighboring states, would be safer with Shea in custody, he also has to manage the strategic risk if Shea is brought into custody. He has to proceed carefully so that in the attempt to reduce one risk to the people he was elected to serve as sheriff, he doesn’t create follow on risks.

While the Washington state legislature’s Democratic majority and Republican minority leaders continue to work through how best to deal with Shea  (the Republican minority leader has already stripped him of committee assignments, expelled him from the caucus, and called for his resignation), federal and state law enforcement must decide what charges, if any, they can pursue against Shea. Knezovich has to live with and manage the strategic risk every day. This reality has led him to call for Shea’s arrest while not taking him into custody. If he does the latter, his strategic risk might exceed the ways and means he has available to manage the situation.