Thinking Security: What Is Actually Going To Happen Tomorrow

All That Is Constitutionally and Legally Possible To Happen, When Congress Convenes To Ratify the Electoral Votes Tomorrow

Everyone is all wound up and wound around their axles over what is going to happen tomorrow when Congress convenes to ratify the Electoral College votes. 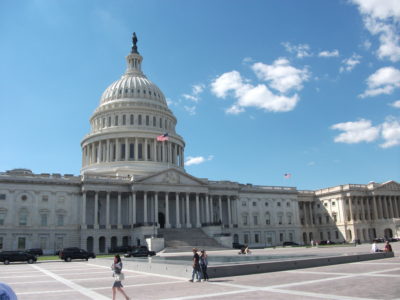 Everyone is all wound up and wound around their axles because a number of Republican elected and appointed officials – senators; representatives; political appointees in the Trump administration; President Trump himself, President Trump’s lawyers; President Trump’s adult children, their spouses, and their significant others; and his surrogates on conservative news, digital, and social media – have decided to lie to the American people.

I know a number of you readers/potential readers don’t want to read that. I know you think that by writing it I’m somehow demonstrating that I’m NeverTrump or anti-Republican or even worse. I’m not, I’m just telling you the truth. And to do so, to make sure you have timely, accurate, information you are not getting from your Republican elected representatives and from conservative news, social, and digital media I’m going to actually provide the correct information that supports me having to tell you this.

Despite what Senators Hawley, Cruz, and their eleven other Senate colleagues, as well as two thirds of the House Republican caucus keep telling people, the stunt they are planning tomorrow is NOT supported by the Constitution, the Electoral Count Act that was passed in response to the mess of how the 1876 presidential election was resolved, or how the 1876 presidential election was actually resolved.

In 1876 three states sent Congress competing slates of electors, which made it impossible to determine whether Rutherford B. Hayes or Samuel Tilden had won the election. These competing slates were sent by three of the recently readmitted Confederate states – Florida, Louisiana, and South Carolina: the result of attempts by Confederate dead enders who were trying to overthrow Federal Reconstruction efforts that were then ongoing throughout the former Confederate states.

These competing electoral slates were part of state level efforts to subvert Reconstruction and reestablish white supremacy in the former Confederate states. Unfortunately, they were effective.

The compromise reached in 1876 was that Republican Rutherford B. Hayes would be allowed to become president – the slates of electors for him would be certified – but the price was that his administration had to end Federal Reconstruction, which it did.

Immediately after the compromise was reached, white supremacist violence and rule was reinstated throughout the former Confederate states through the institution of the Jim Crow system. This system was only begun to be dismantled in the mid to late 1960s with the passage of the Civil Rights Act and the Voting Rights Act.

It wasn’t until the 2020 election that an amendment to the Mississippi state constitution removed the last, formal, and still in effect vestige of Jim Crow in Mississippi.

Ned Foley, the Ebersold Chair at The Ohio State University College of Law, is considered to be one of the, if not the, definitive subject matter experts on the Electoral Count Act. Here’s his explanation of what will happen tomorrow:

“Here is what’s supposed to happen when Congress meets on Wednesday. Under the Electoral Count Act, Congress has promised to accept as “conclusive” any state’s “final determination” of litigation over the appointment of its electors. Consequently, this year the process should be straightforward: There is no doubt about how any state resolved the lawsuits that the Trump campaign and its allies filed to challenge the appointment of electors. Trump lost. Joe Biden’s wins were certified. All that remains — or should — is the ceremonial tallying of those votes.

Even so, Trumpian loyalists in the House and Senate have said they will object to at least some of the state submissions. The law provides for challenges, but only under very limited circumstances, when the electoral vote was not “regularly given” or the electors were not “lawfully certified” under state procedures.

Such objections are supposed to involve the correct identification of the state’s official appointment of the electors under state law — in other words, are the electoral votes being considered by Congress cast by electors the states appointed? They are not supposed to be about the kind of underlying fraud along the lines that Trump has claimed resulted in the election being stolen from him. Even if Trump had such proof — and there has been no such indication in the blizzard of lawsuits challenging the results — the joint session is not the right place to resolve the objections. They are flatly improper under the statute.

Republicans claim they are only doing what Democrats have done in the past. So what? These shenanigans were wrong when the Democrats tried them, albeit on a far smaller and less disruptive scale, and they remain wrong. Is it really too much to ask of the nation’s lawmakers that they follow the law they have written?

There is no reason to panic, because this stunt is doomed to fizzle. The law provides that any objections fail as long as one house of Congress rejects them. It is clear that the challengers lack a majority in either house.

How long this will take remains unclear — because we don’t know how many states Republicans will object to. But with two hours of debate permitted for each objection, plus the time it takes for moving between the joint session and separate debates and votes in each chamber, the whole process could stretch well into Thursday.”

All that Senators Hawley, Cruz, their eleven senatorial colleagues, and their co-conspirators from the House Republican Caucus can do tomorrow is drag things out. That’s it.

Senators Cruz and Hawley, who both attended elite Ivy League law schools after attending elite and/or Ivy League universities for their bachelors degrees, both know better, even if not all of their co-conspirators in this anti-democratic and anti-republican stunt do.Though Senator Kennedy certainly does, as he’s got an advanced degree in law from Oxford University in England.

Despite the Foghorn Leghorn impersonation, you don’t get much more elite than Senators Cruz, Hawley, and Kennedy! These three Republican senators know that all they can do is make a scene and a spectacle tomorrow. For Senator Cruz and Hawley, that is the point as they are already fundraising from it in the attempt to secure their spots as the inheritor of President Trump’s supporters for when they run for president in 2024.

Don’t take my word for it, this is what their Republican colleague Senator Ben Sasse and former Republican congressman Denver Riggleman have clearly stated after looking at what Senators Cruz and Hawley are actually doing. It is why Senator Hawley claimed last night that antifa attacked his home in the Virginia suburbs of D.C. last night, frightening his wife and children while he was back in Missouri. This too is a lie.

Here’s the entire video of the entire demonstration and vigil that was held in the street outside of his home to protest the stunt he’s going to lead tomorrow:

You can watch the whole thing and decide if you want to believe Senator Hawley or your own eyes.

I’d like to write that it is un-American, but it is, unfortunately, all too American. That said, it is unacceptable and presents a clear and present danger to our self governing democratic-republic.

Tomorrow (Thursday at the latest if the planned stunt by Republican senators and representatives drag things out) President-elect Joe Biden and Vice President-elect Kamala Harris will have their election certified by the Congress of the United States of America.

Their election will be certified because neither the Constitution, nor Federal law allow for any other outcome. Anyone who tells you otherwise is lying to you.

The attempts to prevent it from happening, to game the process in Congress tomorrow, any calls for violence to overthrow the election’s outcome or Congress’s foregone ratification of it, any actual violence directed at elected and appointed officials including judges who have ruled against President Trump in his attempts to subvert the will of the voters and overturn the elections outcomes, are attempts to overthrow the U.S. Constitution and the constitutional order. I know this is not something that some of you want to read or hear, but it is the truth.

We once again leave the last word to President Lincoln (emphasis mine):

Our popular government has often been called an experiment. Two points in it, our people have already settled — the successful establishing, and the successful administering of it. One still remains — its successful maintenance against a formidable internal attempt to overthrow it. It is now for them to demonstrate to the world, that those who can fairly carry an election can also suppress a rebellion — that ballots are the rightful, and peaceful, successors of bullets; and that when ballots have fairly, and constitutionally, decided, there can be no successful appeal, back to bullets; that there can be no successful appeal, except to ballots themselves, at succeeding elections. Such will be a great lesson of peace; teaching men that what they cannot take by an election, neither can they take by a war — teaching all, the folly of being the beginners of a war.