Welcome to the day after election day!

To think security, we have to take a few minutes – or in my case, type a few paragraphs, okay fine, you’ve read my columns, a lot of paragraphs – to delineate what we know both about where things stand and what the process is to get us to final results. 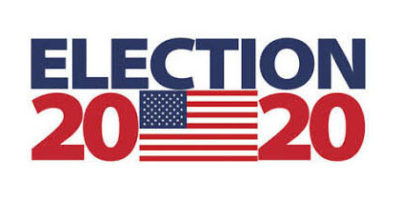 The first thing is that even once election officials in every county in the U.S. finish counting the remaining ballots and those results are then sent to each state’s official responsible for overseeing elections – usually the state’s secretary of state – the election is still not over.

Once the results go to the responsible state official, he or she will then take whatever legally mandated steps are required under that state’s laws to verify the results. This can include mandatory recounts if results are below a specific threshold. In other cases, they may wait to see if one or more candidates request a non-mandatory recount within the legally allotted time to do so.

Once all of those various state-mandated requirements are met, then the state officials responsible for elections will finalize and certify those results. That doesn’t mean that your preferred candidates haven’t won, but it does mean that things don’t just become official because election day is over.

Presidential election results function differently. Because the U.S. has the Electoral College, once the county election officials finish up their tallies, which are technically called a canvass, they send the results up to the state official responsible for elections. That official then coordinates with the slate of electors in each state for the presidential candidate who has won the statewide vote, the electors then have until the first Monday after the second Wednesday in December, which is December 21st this year, to convene, cast their votes as electors, do all the certifying paperwork, and get it back to the state so they can send it to Congress.

Congress will not certify who won the presidency until the new Congress is sworn in at the beginning of January. For a really good explainer of how all of this works, I highly recommend this guidebook.

What is happening today is that all the states and Washington, D.C. are finishing up their counting of ballots – their canvass – for all races up and down the ballot. Even states where races for Federal, state, and local elections, including the presidential race, have already been called – not just projections made by the news media, but called because it is clear who has won because the outstanding ballots are not enough to change the outcome of the election based on the size of the lead of the candidate that will win that race – are still counting ballots.

In many states, as required by state law, mail-in and absentee ballots are still being received. For instance, in Florida, mail-in ballots for military personnel serving outside of the U.S., as well as all other Americans who are Florida residents and live outside of the U.S. and are voting by mail, are eligible to be counted if they are postmarked by election day and received no later than 10 days after election day. Every state has their own rules, rooted in state laws and regulations, of how to handle these ballots.

Some states, like Michigan, Wisconsin, and Pennsylvania are prohibited by state law from starting their canvass of mail-in and early voting ballots until election day, which is why we will not know who has won those states until later today or tomorrow. According to the Pennsylvania Secretary of State in her remarks this morning at the state press conference to update how the canvassing is going indicated they still had half of their mail-in ballots to count.

Moreover, because of the overwhelming turnout in this year’s election combined with the need for extra safety measures because of the COVID-19 pandemic, some Pennsylvania counties decided not to even start their canvass of mail-in ballots until today, which further slowed things down.

In Wisconsin, they’re behind in counting the outstanding mail-in ballots in Green Bay because they ran out of ink for the tallying machines around 5 AM or so and had to send someone to City Hall for more.

A significant chunk of metropolitan Atlanta is still uncounted, Fulton County to be specific because a water pipe burst at the facility they were using to count the mail-in ballots early yesterday morning. None of the ballots were damaged or destroyed, but it delayed counting and they expect to finish later today or tomorrow.

Nevada will not report anything else until tomorrow morning’s update, per Nevada state law, because everything has been counted except mail-in ballots received on election day, mail-in ballots that will be received over the next week as permitted by state law, and provisional ballots.

Nothing untoward is happening here. Nothing illegal. Nothing unethical. All that is happening is what is supposed to be happening under each state’s legal requirements for conducting an election.

Should recounts need to be done, because they are automatically triggered because results for certain races did not clear the minimum state-mandated thresholds or because candidates are legally entitled, under their state’s laws to request a recount, they will be done. And, again, they’ll be done according to the laws of the state’s where those elections are taking place.

If there are disputes that need to be litigated, they will be litigated, dispute by dispute, first in the state courts, because the vast majority of election laws and the rules for conducting elections based on those laws, are state laws, and then in Federal court, but only if there is a federal constitutional issue.

Despite what the President said around 3:00 a.m. EST, there are no direct appeals of results to the U.S. Supreme Court. Despite what the President said, there are no legal mechanisms for stopping the counting of lawfully cast ballots. In fact all voting did indeed stop last night when the polls in each state closed based on the laws of each state mandating when the polls would close.

What was going on at 3:00 a.m. and what is still going on, is the counting of lawfully cast ballots. Those ballots are for President, congressional representatives. senators in states that have senatorial elections this cycle, governors in states that have gubernatorial elections this cycle and other statewide elected officials; state legislators; a variety of municipal positions at the county, city, and special district level, and referendums and state constitutional amendments in those states that have referendum and state constitutional amendments on the ballot this year.

The results you are seeing being reported on the national news, the cable news stations, and in the newspapers are all projections based on a detailed and complicated set of computational factors that the news media uses to “call” any specific race. They have no legal standard at the state or federal level. They are projections.

Not every set of criteria matches, which is why Fox News called Arizona for Vice President Biden around 10:00 p.m. Eastern time last night, The Associated Press (AP) called Arizona for former Vice President Biden around midnight Eastern Time, and NBC still has it as too early to call. Each of them are using slightly different formulae for their projections and NBC is being more conservative in its estimates than either the AP or Fox News. That does not mean that Fox News or the AP are wrong and NBC is right or vice versa, it just means that they are using different criteria to make their projections.

As votes are counted today and each state updates their official tallies, the projections will all get more reliable. But whether it is this afternoon, tomorrow morning, tomorrow afternoon, or sometime on Friday, the only results that matter are the official ones that each state announces based on the actual canvassing of lawfully cast votes in each state.

Each state, usually at their secretary of state’s website, keeps an officially updated tally of their canvass. Given the state’s everyone is waiting on, here’s the one for Arizona, for Georgia (this is not a very informative site), for Michigan, for Nevada, for Pennsylvania (includes a video explaining how Pennsylvania canvasses their votes), and for Wisconsin.

Anyone who tells you that people are still voting, — whether it’s the President or your Great Aunt Petunia on the family group chat — or says things like:  the election is being stolen, counting is supposed to be stopped under U.S. law at midnight on election day, election results can be immediately appealed to the U.S. Supreme Court, or anything else that is not sourced to the appropriate state election officials is not telling you the truth.

Thinking Security means understanding the systems and processes for how elections are conducted, recognizing they vary a bit from state to state and even county to county, and recognizing that a lot of people, both Americans for partisan purposes and hostile foreign actors and peer competitors for their own strategic objectives, have their own reasons for pushing disinformation, misinformation, and agitprop about the election and how the votes are being counted.

Thinking Security means ignoring the disinformation, misinformation, and agitprop – even if it makes us feel better because of our partisan political preferences – and being patient until every lawfully cast ballot is counted, each county reports their results to their states, and each state certifies those results after verifying them according to each state’s laws.

That’s the American thing to do!