She may have been on the state primary ballot last night running for Colorado Secretary of State (she lost) but Mesa County Clerk and Recorder Tina Peters has other problems. The latest ‘she told me to do it’ claim implicates U.S. Representative  Lauren Boebert, who handily won her Colorado District 3 seat in the Republican primary against more moderate challenger Don Coram. 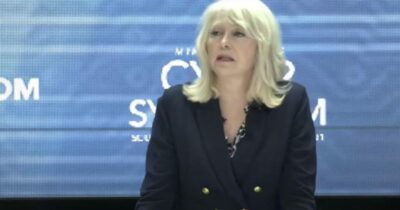 No less than the “My Pillow Guy” Mike Lindell has come to Peters’ defense, and in the process appears to have implicated himself in violating Colorado’s election campaign donation laws when he claimed he’d donated around $800,000 to her campaign.

But now Peters says she’s not the only one at fault in what she insists is a complete misunderstanding that is unfairly targeting her. Reports first surfaced this past Sunday in the New York Times then were repeated in a June 27 Salon Inc news story. Peters is now blaming Boebert, who, she says, “encouraged me” to breach the voting system.

If true, this is a serious charge, but would appear to be in line with Boebert and Peters’ right-wing conspiracy theories claiming the 2020 presidential election was stolen. In fact, Boebert has previously released a statement in support of Peters.

For her part, Oboebert has categorized the entire thing as “government overeach”.

“Many of the constituents I represent have expressed concern about the ongoing investigation into Mesa County Clerk and Recorder Tina Peters,” said Boebert in 2021. “As many of you know, I have been a vocal opponent of the overreach and targeted nature of the FBI’s activities on a national level.”

By last Friday, Peters deflected blame to Boebert and the lawmaker’s spokesperson shot back, saying that Peters’ claim was false. With Peters having come in third in the Republican primary for Colorado Secretary of State and Boebert securely in her candidate slot, it remains to be seen whether loyalty to the big lie that the 2020 election was stolen runs as deep — or deeper — as some appear to believe.