Tnertle returns to The Lariat March 7 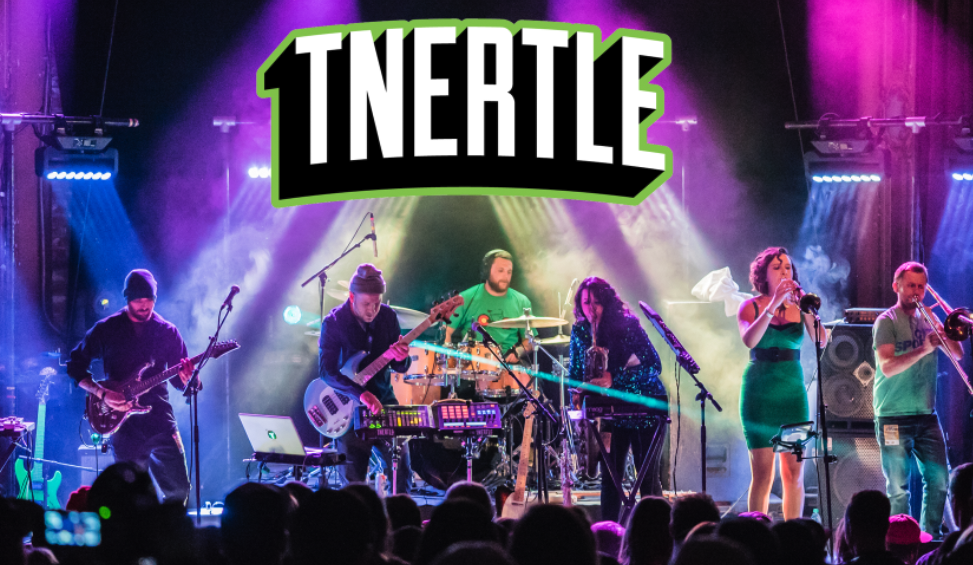 Tnertle will once-again be bringing their roof-raising electro-funkhop sound to The Lariat this Saturday, March 7th. The show starts at 9 p.m. and tickets can be bought online or at the door for $10.

Based in Denver, Tnertle is revolutionizing the modern funk sound by effortlessly incorporating elements of hip-hop, electronic dance, world beats, and uninhibited funk. The sultry blend of electronic jazz and rock, layered with West Coast-esque hip-hop rap transports audiences to a dance floor on a tropical island. Complimented by a world-class horn section, Tnertle is a funky wall of sound to be reckoned with.

Trent Campbell (midi controllers/bass) and Kyle Ayervais met in their seventh grade jazz band in 1999. It was quickly clear they were destined to pursue their musical dreams together. Playing music continuously through high school, Campbell and Ayervais decided to take things seriously and enrolled together at The Berklee College of Music in Boston, Massachusetts.

In 2012, Campbell and Ayervais chose to bring their musical gifts before the public and formed Tnertle. Dedicated to creating uniquely original music, Tnertle continues to redefined the modern funk movement with every live performance. Tnertle is the proving to be the future of funk and a refreshing mix of all that hip hop, electronica, and rock ‘n’ roll hopes to achieve.

Currently on tour throughout Colorado, Tnertle has big plans for the summer and will be performing at Colorado’s Sonic Bloom music festival happening June 18th-21st on Hummingbird Ranch.