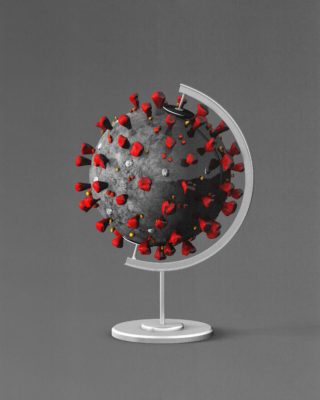 There always has been a threat of a worldwide pandemic. Even George Washington warned the public of a possible health crisis with a smallpox epidemic during the American Revolution.

Planet Earth is now experiencing the worst pandemic in more than 100 years.

The coronavirus known as COVID-19 has already killed more than 250,000 worldwide and on May 5 passed 70,000 deaths in the United States.  According to the experts, the impact on rural America, which is least prepared to handle a pandemic, is expected to be worse in the coming months because of the push to reopen the economy. This is already leading to a loosening of social distancing, and lax use of face masks to prevent the spread of the deadly disease.

According to the New York Times, an internal estimate from the administration estimates that America could lose as many 3,000 citizens daily by June 1; a 50 percent increase from the current approximately 2,000 daily losses of life from COVID-19. That’s like a 9-11 happening every day.

Behind the numbers and the bungled effort to establish some sort of national testing strategy, states are reopening without meeting the national guidelines for testing set by the Trump administration. Underlying this rush to reopen is this little-known reality; the administration knew of the threat as early as Nov. 2019.

Only a few news organizations have reported that the administration knew of the existence of the virus in late 2019. A report in the Times of Israel, one of the leading news outlets in the Middle East, and ABC NEWS both report that the U.S. Intelligence Community (IC) was alerted to the coronavirus from Wuhan, China, the second week of November 2019. At that point, only the Chinese government was aware of the disease; it had yet to become public information.

Although the Trump administration deemed the issue “unimportant” in November, it did alert NATO and Israel to the possible pandemic. Israeli Military officials discussed the possibility of the virus spreading to the Middle East and how it would affect its neighboring countries, according to the Times of Israel.

Israel eventually took the situation seriously and six weeks later on Jan 30, it announced its ban on flights coming from China. Trump did so three days later on Feb. 2. It was too late. By that time, the United States already had nine confirmed cases of COVID-19, and it was quickly proliferating via community spread.

Since the first piece by the Times of Israel exposing the early warning and the delay in responding posted on April 10, the Washington Post has reported that the IC put the warning of a coming pandemic in the President’s Daily Briefing (PDB) starting in December 2019. It is now well known that President Donald Trump does not read the PDB briefings. It is now apparent that four months elapsed before the administration began to prepare the country for the upcoming pandemic.

During that delay, U.S. media have thoroughly documented that the Trump administration failed to prepare the country with needed coronavirus tests and equipment, including, among other items, personal protective equipment (PPE) for healthcare professionals and ventilators for the sick.