Note: Truth and the Internet will be an occasional Ark Valley Voice feature column.

In both the 2016 and 2018 elections, the Russian sponsored Internet Research Agency LLC (IRA), weaponized free speech on the Internet. It did this using fictitious accounts and false Internet ads to advocate for the election or electoral defeat of particular candidates. As we approach the 2020 election, these tactics will inevitably be employed again. While the IRA actions were illegal  because they were conducted by foreign entities (see the Mueller report), there is nothing currently to stop American political groups from using the same tactics as were employed by the Russians to influence voters in 2020.

The Federal Trade Commission (FTC) Act broadly prohibits “unfair methods of competition and deceptive or unfair acts or practices in or affecting commerce.” When an advertisement for a commercial product or service is published in any media (Internet, newspapers, radio, or television), federal law says that the ad must be “truthful, not misleading, and, when appropriate, backed by scientific evidence.”

The majority of revenue generated by social media giants such as Facebook, Instagram and Twitter is from advertising. However, commercial advertisements posted online have to comply with the truth-in-advertising laws and are subject to FTC enforcement to protect consumers. Rulings by the Supreme Court have also made it clear that misleading commercial speech may be regulated without running afoul of the First Amendment.

The twist here is that the truth-in-advertising protection granted to consumers by the FTC Act does not apply to political ads. This is based on a U.S. Supreme Court ruling from a landmark case in 1964, New York Times Co. v. Sullivan. During the turbulent years of the civil rights movement, The New York Times published an editorial advertisement titled “Heed Their Rising Voices.” The full-page ad was submitted by the Committee to Defend Martin Luther King, and it described police abuses of African-Americans, particularly in Montgomery, Ala. 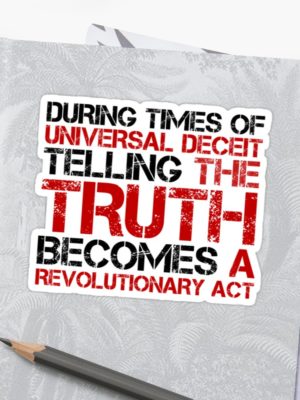 The advertisement contained several factual errors, and the Montgomery city commissioner sued The New York Times and the advertiser for libel. The commissioner was awarded $500,000 in damages after a jury trial.

An appeal to the Supreme Court reversed this decision, saying the “law applied by the Alabama courts is constitutionally deficient for failure to provide the safeguards for freedom of speech and of the press that are required by the First and Fourteenth Amendments in a libel action brought by a public official against critics of his official conduct.”

The Court reasoned that “erroneous statement is inevitable in free debate and that punishing critics of public officials for any factual errors would chill speech about matters of political and social importance.” The Court wrote that “A state cannot, under the First and Fourteenth Amendments, award damages to a public official for defamatory falsehood relating to his official conduct unless he proves ‘actual malice’ — that the statement was made with knowledge of its falsity or with reckless disregard of whether it was true or false.

This court decision created a heavy burden for public official libel plaintiffs by requiring them to prove actual malice when incorrect information is used in a political ad.

In subsequent cases, the Court extended this limitation on protection against libel to both public officials and public figures. The Court argued that to have “sufficient access to the means of a counterargument to be able to expose through discussion the falsehood and fallacies of the defamatory statements.”

The Federal Communications Act (FCA) went even further regarding libel claims. It requires broadcasters who run candidate ads to show them uncensored, based on the First Amendment freedom of speech protection, even if the broadcasters believe their content to be offensive or false. This has resulted in political candidates being able to legally lie about almost anything they want in a political ad. Although multiple states have put in place laws to address false information in political ads, none of these have been very effective to date at curtailing this practice.

Advertising revenues from political ads are extremely lucrative for social media companies such as Facebook or Twitter. According to Facebook, the Russian IRA operatives purchased over 3,500 ads in promoting their agendas to disrupt the 2016 election, totaling approximately $100,000.

In total, Facebook reported that IRA-controlled accounts made more than 80,000 posts before their deactivation in August 2017. These posts reached at least 29 million U.S. persons and, according to Facebook, “may have reached an estimated 126 million people.”

In addition to their Facebook activities, IRA specialists created fake individual U.S. persona on Twitter and used a “bot” campaign from these fake personas to stimulate social dialog on the Internet to further their election disruption campaign.

In addition to advertising, Twitter receives revenue from subscriptions “to access, search and analyze historical and real-time data.”

Using the Twitter API, software “bots” can be written to monitor and respond to trends and events in real-time automatically. As an example, one developer wrote a bot that automatically trades stocks based on monitoring the @realDonaldTrump Twitter account. The bot recognizes that a change can shortly follow the president’s positive or negative tweets about a company in the traded stock value.

According to the Mueller report, the IRA used their bot network of automated Twitter accounts to amplify existing content on Twitter through public tweeting or by using Twitter’s private messaging to attempt to influence U.S. audiences on the election. Individualized accounts created by the IRA included @TEN_ GOP (purported to be connected to the Tennessee Republican Party); @jenn _ abrams (claiming to be a Virginian Trump supporter with 70,000 followers); @Pamela_Moore13 (claiming to be a Texan Trump supporter with 70,000 followers); and @America:__Ist_ (an anti-immigration persona with 24,000 followers). In May 2016, the IRA created the Twitter account @march_for_trump, which promoted IRA-organized rallies in support of the Trump Campaign.

Ironically, in Russia, under their Federal Law 149, websites hosting unwanted content can be essentially blacklisted until such content is removed — practice that would violate the First Amendment in America.

Here, Internet providers even have more protection from liability for publishing third-party authored false information or defamation than other media such as newspapers, radio or TV. This immunity is granted under the Communications Decency Act (CDA) Section 230 which states, “No provider or user of an interactive computer service shall be treated as the publisher or speaker of any information provided by another information content provider.”

Critics argue that this immunity provided by the CDA is a disincentive to companies for self-policing and that many social media operators allow potentially defamatory statements to remain on a website as a way to increase traffic and revenues.

While Congress has enacted some changes to the CDA, the U.S. has been slow to follow the European Union and others, by adopting legislation to regulate the Internet similarly to the regulation in place for television, radio and print media.

Meanwhile, the “Big Four” tech companies – Amazon, Apple, Facebook and Google – have increased their lobbying and campaign contributions to influence lawmakers dramatically in 2018 as reported by as reported by Public Citizen, a nonprofit consumer advocacy organization.