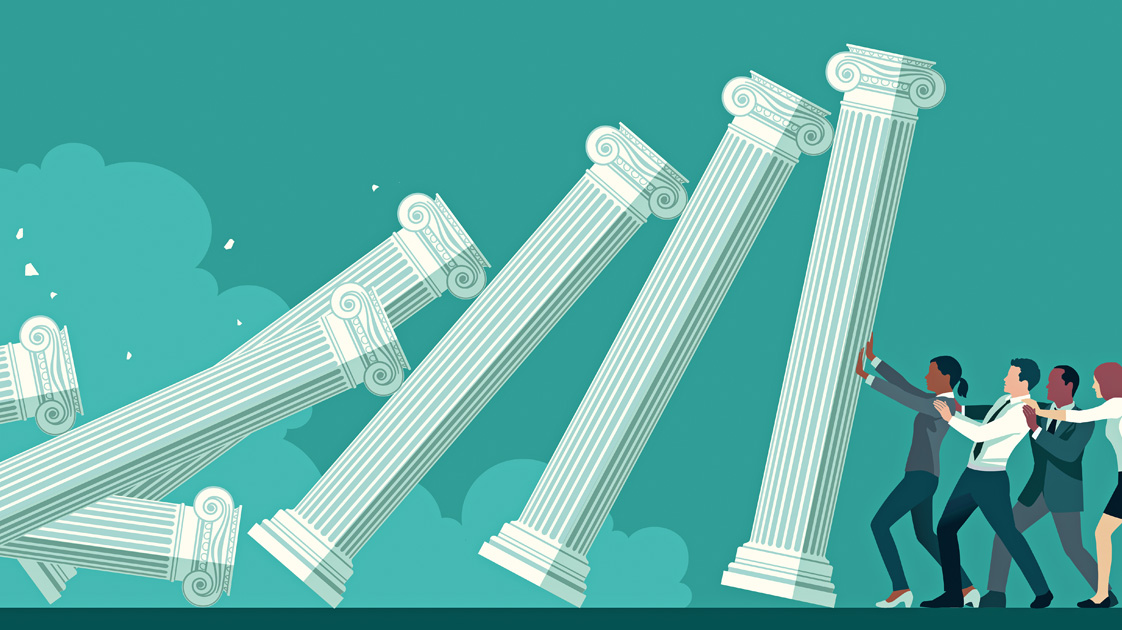 “Democracy is hanging by a thread”

The United States is at a point in its history where the democracy that has been taken for granted for at least two hundred of our 245-year history, is under threat. According to Meacham, not since the 1850s has America been this divided — and we all know how that turned out.

The divisions are fundamental. One side appears to be fed by grievance, a longing for a world that never was, afraid of the inevitable multiplicity of the nation and gripped by lust for power and control, regardless of whether what they control is actually a democracy.

On the other side, those who steadfastly (some would say blindly) believe that simply pointing out the less than ethical behavior of the other side will bring about a course correction. This leaves the impression that they don’t fully understand the threat to democracy faced by this country.

It can seem like the battle of the street gangs versus the Boy Scouts. It is fed, continuously it seems, by the big lie perpetrated on this country even prior to the 2020 election. That lie: that if Trump lost (which he did) it would be because of massive voter fraud (which did not happen.)

The seeds of doubt in our “free and fair” elections and lack of trust in the transparency provided by news organizations who report at every level on the workings of government lie at the heart of the assault on our democracy. Both are under assault by those who — it would appear — now prefer to seize power rather than win it fairly.

This past summer the Pew Research Center tracked these divisions related to trust in the national news media and documented the direct relationship to the most obvious political divides.

In just five years, the percentage of Republicans with at least some trust in national news organizations fell by half; dropping from 70 percent in 2016, to 35 percent this year.

At the same time, nearly eight-in-ten Democrats and Democratic-leaning independents (78 percent) said they had “a lot” or “some trust” in the news from national news organizations — some 43 percentage points higher than Republicans.

This partisan gap is the largest of any time since the tracking has been done. As a blended rate, about six in ten U.S. adults (58 percent) say they have at least some trust in information from national news media.

The divide between Republicans and Democrats when it comes to local news isn’t quite as bad, although there is one.

Seventy-five percent of Americans say they still have at least some trust in the information from local news organizations; but in 2016 it was 82 percent. There is a party divide; 84 percent of Democrats and only 66 percent of Republicans say they trust local news — a gap that is larger than at any time in the past several years.

Well, for years Republican leadership, including the former president, told Republicans not to trust anything reported by the media — and it would appear Republicans have listened.

In fact, the former president went so far as to call us in the news media – “enemies of the people” for telling the truth. As if employing a Soviet epitaph made us evil, while the former president cozied up to White Supremacists and blessed, if not outright planned, the Jan.6 attempted take-over of the U.S. Capitol in an attempt to undo the results of the election.

In addition to the government transparency at all levels provided by the news media, the single greatest tenet of our democracy is the one person-one vote, self-rule manner in which we elect our leaders.

Trust in our elections has been battered over the past several years by a Republican leader who, even before the election was held, consistently repeated that if he lost, it would be because of voter fraud.

While the Brennan Center for Justice has repeatedly said that the election was free, fair, and secure, while nearly 60 courts have rejected Republican filings of voter fraud, and repeated audits have been done. that hasn’t convinced the voter fraud believers, even the most recent audit in Maricopa County, AZ which showed a bigger victory for Biden than first counted isn’t believed — although their hand-chosen people ran it. According to the Brennan Center:

“Our system has strong checks in place to protect the integrity of our voting process. These are the facts. But the facts have not stopped bad actors from trotting out baseless claims of “systemic voter fraud” to suppress votes and undermine trust in our democracy for political gain.

By all measures, the 2020 general election was one of the most secure elections in our history. Voters turned out in record numbers to cast their ballots by mail and in person, and the votes were counted in a timely manner.”

Surveys taken in Jan. 2020 saw that Republican confidence in the 2020 election outcome ticked down after the Jan. 6 insurrection: 32 percent of GOP voters said the election was free and fair, down four percentage points from the beginning of the year, as the Big Lie messaging drowned out common sense.

“The movement has also driven further distrust in general confidence in the U.S. elections system,” wrote Nick Laughlin and Peyton Shelburne in an article in the Morning Consult.

The fraud nonsense has been repeated so often that it has become a cult mantra. That mantra has been blown up by massive social media attention, which continues to engender a much lower level of trust (only 27 percent of Americans believe the information on social networking sites) but that hasn’t stopped a significant number of people from blindly accepting disinformation.

The current situation might not have been imagined by the founders of our country.

On September 17, 1787, delegates left the Constitutional Convention in Independence Hall in Philadelphia. As they exited, Benjamin Franklin was asked what kind of government do we have?