Earlier this week, the U.S. Fish and Wildlife Service was cited by Denver-based U.S. District Chief Judge Marcia Krieger for illegally paying for a program that paid hunters to kill dozens of mountain lions and black bears in what many call a questionable program. 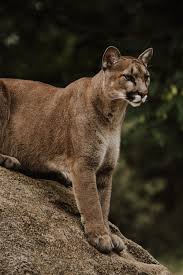 The killings, which the judge said the agency failed to do the required pre-analysis, was an experiment to determine if predators are responsible for the state’s declining mule deer population.

The program, which cost $4 million, was fast-tracked for federal funding in 2016, without environmental studies of what effect it might have on mountain lion and bear populations in the state, or their role in the state’s wildlife ecosystem. An Associated Press story this morning recapped the court decision stops the killings, which took place in the Upper Arkansas River Valley. There was a second Colorado Parks and Wildlife program in northwestern Colorado (the Piceance Basin) that has already ended.

It is true that there is concern about declining mule deer populations which are estimated to account for a significant portion of the state’s $1 billion hunting industry. Since the program was implemented, as many as 15 mountain lions and 25 black bears have been killed each year in an area near Rifle.

The study was to have lasted nine years. The idea was to determine if reducing the number of predators would increase the population of mule deer.  But other environmentalists say that the mule deer populations are more likely to have declined because of loss of habitat, oil and gas leasing, the incursion of humans into their normal range, and lack of forage areas.

The funding for the now-canceled program came from the U.S. Department of Agriculture. Actual numbers of the predators killed don’t appear to be available. The Associated Press was in contact with the Colorado Division of Natural Resources, which oversees Colorado Parks and Wildlife, which hasn’t responded as of publication time.