Uneasy on the Land: Colorado Forest Health in Danger as Climate Changes 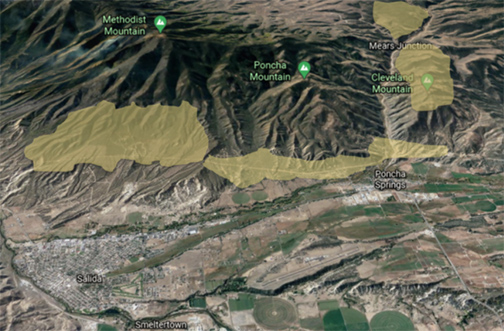 Even as winter snows cover the ground, the unease is growing across this state and the nation that the steady march of climate change is impacting our western forests in ways we cannot stop. Here in Colorado, our timberlands are beset by drought, being eaten alive by a variety of beetles, loved to death by human beings over-running public lands, with their  resiliency damaged by decades of fire suppression that has left the dead timber load at historically high levels.

The Colorado Forest Service estimates a backlog of $4.2 billion in forest-thinning, just to protect homes in the growing  urban-wildland interface areas. (see related Denver Post story on the topic below)

This morning, Colorado Governor Jared Polis responded to President Joe Biden’s Executive Action and Climate Action Statement, which proposes investment in clean energy and cleaner cars, and policies supporting the adoption of clean energy. Biden’s actions include one-year leasing pause while the Department of Interior undertakes a full review of the nation’s energy development program on public lands and waters.

Polis responded with his own statement on the executive action;

“National progress on moving to cleaner, less expensive cars and cleaner energy is good for America and good for Colorado. We will also work closely with the Biden administration as they begin a program-wide review of energy development policy on public lands to ensure that it works for Colorado. And as long as the review is completed expeditiously we don’t expect an economic impact in the short term with current market factors and the many existing unused leases and permits. As we tackle the impacts of climate change and air pollution locally and nationally – now that we have a President that believes in science – Colorado’s strong environmental laws, my administration’s Greenhouse Gas Pollution Reduction Roadmap, and the state’s long standing leadership in the clean energy economy and the conservation of our vast great outdoors can serve as valuable examples to the new federal administration as they tackle these critical issues.”

For the past four years, the Trump administration has focused on the value of timber extraction rather than on conservation methods that encourage forest health. Colorado, like California and Oregon, has begun to see historic wildfire seasons — earlier, longer, larger and more deadly. 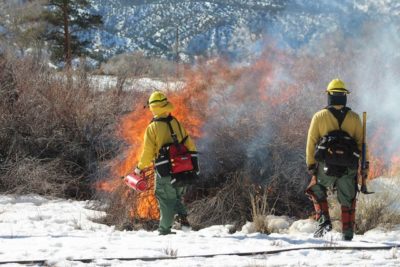 Prescribed burns, both on public and private lands protect against wildfires. Courtesy photo.

In fact, the three largest forest fires in the state’s history occurred just this past year; some 700,000 acres of Colorado’s 20 million acres of forest burned in 2020.

Here in Chaffee County, where the 2019 Decker Fire was preceded by the 2016 Hayden Pass fire in Fremont County and the 2018 Weston Pass Fire near Fairplay, alarm over the vulnerability to wildfire affecting the county’s safety and its economy led the county to take a historic step.

Voters approved a tax on themselves to fund the Common Ground effort. A portion of this tax-based fund is intended to become seed money to attract grant funding to drive a wildfire prevention and education effort. That effort is already yielding results, funding the Methodist Front mitigation effort that is underway, to provide a protection zone for areas that were burned and/or threatened by the Decker Fire.

But the fact that this effort is seen as so groundbreaking, in the face of millions of acres of century-old Colorado forest that have not been selectively thinned to offset decades of aggressive fire suppression, should alarm Coloradans. 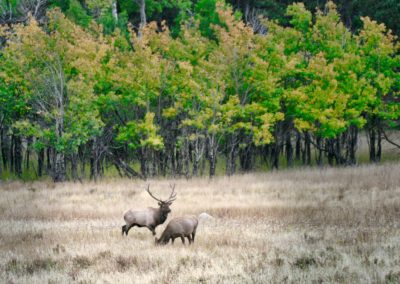 The Polis administration has worked toward what it refers to as “consensus-driven conservation efforts” when it comes to wildlife corridors, support for the CORE Act, creating the Colorado Outdoor Regional Partnerships Initiative, and pushing to invalidate the Uncompahgre Resource Management Plan among other efforts to ensure Colorado’s treasured and vast outdoors and the benefits to its citizens remain intact for future generations.

The Polis administration says that it has championed bold action on climate, clean energy jobs, and an equitable transition to a clean energy economy. It recently released both the Greenhouse Gas Pollution Reduction Roadmap and the Just Transition Action Plan.

While the loss of our national and state forest land is one thing, the damage to our watersheds, and the threats to the growing wildland-human interface areas are equally concerning.   With in the next month, the Polis administration is expected to release a public comment draft of its Climate Equity Framework.

Featured image: The treatment areas for the Methodist Front mitigation effort to provide a protection zone for areas that were burned and/or threatened by the Decker Fire.