With all 64 Colorado counties reporting, the right-wing Republican streak that appears to have run through parts of Chaffee County unofficial results may not necessarily continue at the state level. At the state-level Republican primary, the more moderate candidates for U.S. Senator, Secretary of State and governor prevailed.

Chaffee had 26 individual primary races, with 21 primary races where the candidates were running unopposed; the Democrats have maintained (unusual for Democrats) a relatively united front with few contested positions, so the interest lay with the Republican primary races. 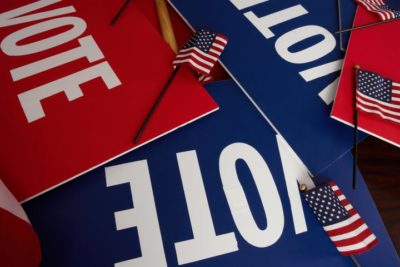 With 64 of the 64 Colorado counties reporting, as of 7:09 a.m. Wednesday morning, it appears that the moderate Republican candidate for U.S. Senator Joe O’Dea had taken a solid lead over right-wing state Senator Ron Hanks; taking 55 percent of the unofficial vote, and he has been projected the winner.

O’Dea will square off against U.S. Senator Michael Bennet (Democrat) in November. Locally, Hanks had a nearly three percentage point lead over O’Dea.

In the state-wide race for the Republican candidate for District 7, Erik Aadland took nearly 48 percent of the vote, besting Laurel Imer and Tim Reichert.  In Chaffee County, Aadland’s lead was even greater at nearly 53 percent of all ballots cast.

On the local side, the relatively unknown Republican candidate Brandon Becker appears to have won over Alison Brown to become the Republican candidate set to run against former Salida Mayor P.T. Wood, who is running as the Democratic party candidate, for  District 3 County Commissioner.

Becker  has issued no written policy positions, and only recently set up a website. Like Hanks, he has perpetrated the big lie that he believes the 2020 election needs to be investigated due to voter fraud. (for the record, there was no voter fraud and President Biden was elected in a free and fair election). He also does not appear to have much in the way of experience or credentials (or spellcheck. His new website includes this observation; “Chaffey needs someone to stand up for the rights of landowners, business owners, and the people of this community.”) Which it should be pointed out is exactly what his opponent Brown said in a Republican town hall back in May, when Becker began to echo her positions on local issues, but without any solutions.

The right-wing streak ran through the Chaffee votes for Republican governor: Greg Lopez appears to have picked up 55 percent of the county’s Republican voters, to Heidi Ganahl’s 44.65 percent. But at the state level, Ganahl was leading at the latest state-level election update throughout the night. By this morning with all counties reporting, Ganahl bested Greg Lopez 53.5 percent to just under 47.5 percent, to face off against Governor Jared Polis in November.

Locally, some common sense seemed to prevail in the Secretary of State Republican Primary. Perhaps sensing that indicted Tina Peters (Mesa county Clerk and Recorder who has been charged with tampering with voting machines and releasing confidential voter information to a third party) might not survive to serve, local Republicans favored Pam Anderson.