Members of Salida City Council honor the accomplishments and integrity of the Salida Natural Resource Center Development Corp. board of directors as Salida Mayor P.T. Wood presents a plaque and gift certificate to SNRCDC Board President Ron Mazzeo. The SNRCDC board returned to the city almost 100 acres of land and $439,826.55 after paying off all of the SNRCDC debt. Standing in front of the dais are, from left, James McConaghy, treasurer; Dan Tibbetts, secretary; Ron Mazzeo, president; Salida Mayor P.T. Wood; Chuck Rose, board member; and Peter Simonson, board member. Council members standing behind the dais are, from left, Dan Shore, Harald Kasper, Mike Bowers, Justin Critelli and Cheryl Brown-Kovacic (photo by Joe Stone).

Attorney Nina Williams said that, under direction from council, she had been discussing the transfer with the SNRCDC board members for many months and that city staff had also been working on the transfer for some time.

“At the Dec. 12 board meeting for the Salida Natural Resource Center Development Corp.,” said Williams, “the board of directors approved and adopted the resolution that memorialized the intent to return this entity back to the city, which includes property, about 100 acres, and all assets, which are $439,826.55.”

Salida Mayor P.T. Wood (right) and Salida Natural Resource Center Development Corp. Board President Ron Mazzeo symbolically shred the loan agreement for the Vandaveer property as Councilman Mike Bowers applauds. The SNRCDC board paid off the loan with proceeds from real estate sales and honored the residents of Salida by returning the remaining Vandaveer assets to the city (photo by Joe Stone).

Williams also noted that the resolution repeals the resolution passed by the previous administration that divested the city of the property. That resolution was developed under the advisement of former city attorney Megan Kahn and her husband Ben.

A memorandum in the information packet for the council meeting states that the SNRCDC board members “have diligently volunteered their time and efforts to: prevent the so-called ‘fire sale’ of the Vandaveer Ranch property, pay off the outstanding note on the property, preserve the wetlands on the property as open space and maintain the property in good condition. The SNRCDC board now intends to return this property to the city for the benefit of the citizens of Salida.”

Mayor Pro Tem Cheryl Brown-Kovacic proposed an amendment to clarify that the maintenance agreement and the development agreement “referenced in Resolution 2016-97 are to be terminated.”

That amendment passed on a unanimous vote, as did Resolution 2018-53, which was met with a round of applause from attendees.

Mayor P.T. Wood said, “I know Nina and (SNRCDC attorney) Michael (Scott) and the SNRCDC board worked really hard on this over the last almost six months. … Thank you to everybody.”
After presenting plaques and gift certificates to the SNRCDC board members in appreciation for their service, Mayor Wood invited Mazzeo to join him, and they symbolically shredded the Vandaveer loan, which the SNRCDC board paid off.

They elected Wood as board president, Bowers as vice president, and Shore as treasurer and secretary. They then passed three resolutions: 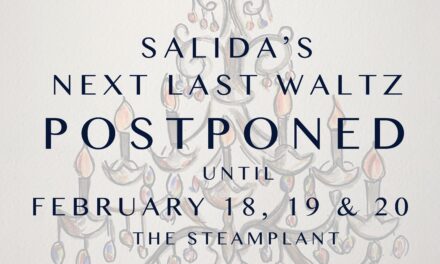 Salida’s Next Last Waltz Postponed Due to COVID Surge 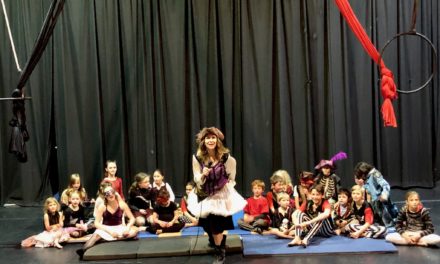 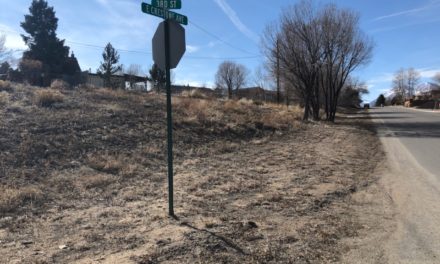