The Democratic National Committee (DNC) has launched an advertising campaign to encourage younger eligible voters to register to vote in a dozen states with competitive races, including Colorado. The “Iwillvote.com” campaign is focused on college-age and 20-something young adults via digital and social media communications. It kicked off on Tuesday, which coincidentally happened to be the non-partisan National Voter Registration Day. 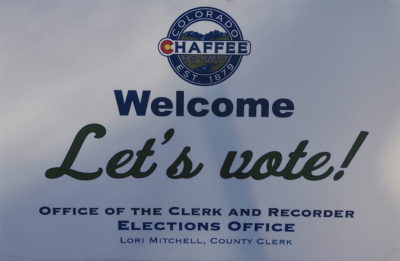 The voter registration drive is part of a $25 million effort announced last year. This latest effort, announced in a press release first reported on by The Hill, will focus on battleground states including Arizona, Florida, Texas, Georgia, Pennsylvania, and Nevada, and it does include Colorado.

The awareness campaign mainly focuses on communities of color, in the leadup to the 2022 midterms. It will be partially responsible for registering new voters, re-registering former voters, and sustaining contact with new registrants.

“While Republicans are waging an attack on Americans’ fundamental right to vote across the country, we at the DNC are not only committed to protecting that right, we are dedicated to expanding it in communities where people have been historically disenfranchised,” said DNC Chair Jaime Harrison. “The DNC’s historic voter registration program will strengthen our ground game across the battlegrounds, laying the foundation for Democrats up and down the ballot to be successful in 2021, 2022, and beyond.”

In April the DNC  rolled out a $20 million investment in boosting local communication efforts and fighting back against voter restrictions being passed in GOP-led states. In July, Vice President Harris announced a $25 million expansion of the DNC’s “I Will Vote” initiative, which also focuses on combating the restrictions.

This is the DNC’s biggest investment in encouraging voter registration in a midterm cycle. While the Democrats currently control both the U.S. House and Senate, typically the party out of power has a better chance to take a majority in a midterm election. Republicans need only a net flip of one seat in the Senate to take it back.

This past year has seen Democrats struggling to hold on to voter key groups such as Hispanics in south Florida and along the border in Texas. Here in Colorado, the population of Hispanic/Latinx voters is growing, but it is by no means unified. Young Coloradans of all ethnicities are a key voting block that both parties would like to attract.