Water Talks: The Crisis of the Colorado River System 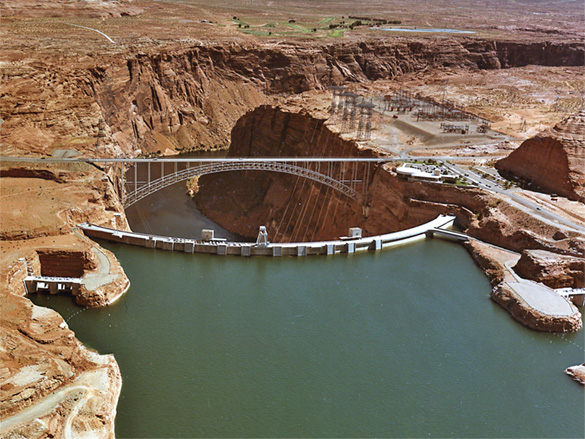 It should be obvious to anyone; trying to fill a bathtub with the drain wide open is foolish.  This is precisely what the operators of the Colorado River System (Lake Powell and Lake Mead) have been attempting to do for the past 20 years.  They have disregarded the increased withdrawals to the Lower Basin states (California, Arizona, and Nevada) and the ubiquitous arid nature of the Southwest.

The Colorado River system and the Colorado Compact Administration were set up with a series of reservoirs recognizing the aridity of the region and the unpredictable amount of annual precipitation.  With reservoirs, when water is more abundant the excess can be stored for later use when the inevitably drier periods arrive.  In recent years, instead of reserving excess flows in the reservoirs, this excess was released to the lower basin states with the resultant excess draw-down of the vital storage system.

Most of the water supply for the Colorado River System is supplied by the Upper Basin States, Colorado, Wyoming, Utah, and New Mexico.  As planned, these states have continuously supplied the required 75-million-acre feet in 10 years, or an average of 7.5 million per year.

In contrast, the Lower Basin States, California, Arizona, and Nevada receive their Colorado River supply from reservoirs and have the luxury of taking any excess deliveries in wetter years or drawing previously saved water from storage in drier years.

The prudent regime would be to reserve the excess amounts in storage for use during drier periods.  Instead of this exercise of prudence, the Lower Basin states have continuously gambled those wetter periods would arrive and replenish the reservoirs.

The primary purpose of Lake Powell and  Lake Mead is for hydro-power production and secondarily for drinking and irrigation.  The falling levels of these reservoirs spell disaster for power production and now the Bureau of Reclamation is sounding the alarm.

Unfortunately, unless drastic measures are taken that significantly reduce the annual draw by the Lower Basin States for the foreseeable future, all Colorado River reservoirs will be jeopardized.  Blue Mesa and Flaming Gorge have already been lowered to rescue the Lower Basin reservoirs.  The present crisis is more about having allowed the Lower Basin to over appropriate water from the system than the impact of the drier period of the past 20 years.

In Colorado, the Arkansas Basin and the entire Eastern portion of Colorado depend on a significant portion of its water from Colorado River system imports.  In the Arkansas, about 15 percent of all river flows are derived from this system.

In drier periods these flows have always been reduced since they are regulated by the prior appropriation system.  However, further reductions could come if the Lower Basin is not forced to comply with the Compact.  It is possible that political forces could reduce the amount of water exported to the Eastern portion of Colorado — and that includes the Arkansas Basin. 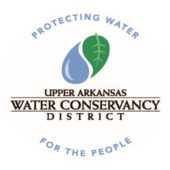