Watermelons, archery fun and more at the Chaffee County Fair 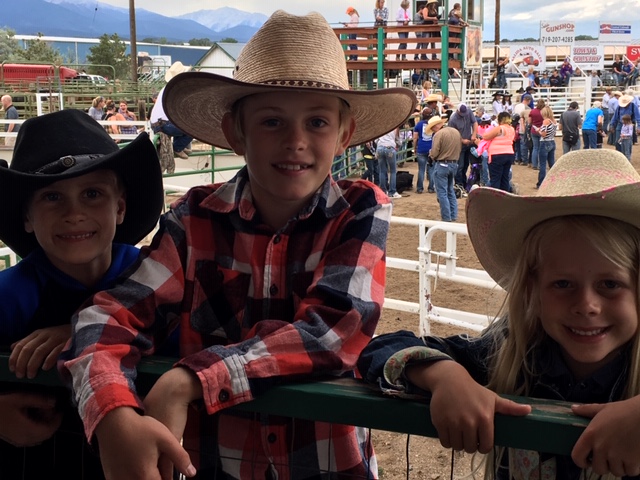 That county fairs are for kids, as much as for adults, has been on full display at the Chaffee County Fair this weekend. The fair, which wraps up Sunday afternoon, Aug. 4, has been a hit with youngsters. The dedication of 4-Hers to their projects, which included everything from raising rabbits and chickens, sewing, baking and building, to showing sheep, goats, steers, and hogs, as well as their participation in performance competition from steer-riding to mutton busting, robotics and archery, was on full display. 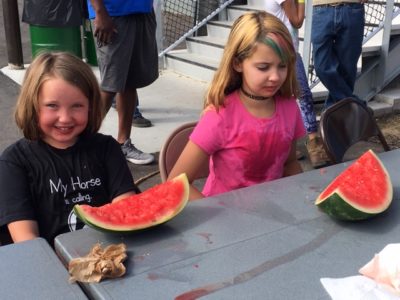 Sydney-Rohrich, 8, (left) was the winner of the 10-and-under watermelon eating contest. Next to here is Gracie-Webster, 10. (Photos by Jan Wondra)

Some events were just plain delicious – and nearly didn’t happen. The Sunday morning watermelon eating contest saw a dozen participants. But according to Jesse Pridemore, when he went early Sunday morning to pick up the object of the contest – he got a surprise. 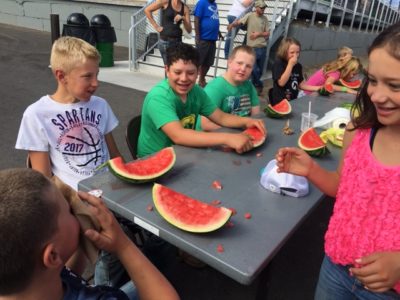 Ben Hatfield, 10, with back to the photo, Carson Westphal, 12, Braydeon Pridemore, 13, and Keygan Rohrich, 13, participated in the watermelon eating contest. Pridemore took first place in the 11 and over category.

“I got to Walmart, and they were out of watermelons,” said Pridemore. “Then I went to Safeway, and they had none in front – turned out some had just come in and were on a pallet in the back.”He made it back to the fairgrounds in time to set up the contest which had two age sets.

“I just want to eat watermelon,” said 4-year-old Calloway Kuhn, sitting on his knees on a chair eying his big wedge of watermelon, eagerly awaiting the start of the contest. Next to him, Oren Johnson, 7, angled for a better approach to his wedge, mindful of the ‘no-hands’ rule.

The older kids were comparing their ability to eat a lot. This proud exchange was overheard; “I can eat three cheeseburgers and a Big Mac all at once.”

The word to start was given, and the kids dived in, with Bradeon Pridemore, 13, winning the 11-and-over contest, while Sydney Rohrich, 8, won the age-10-and-under group. 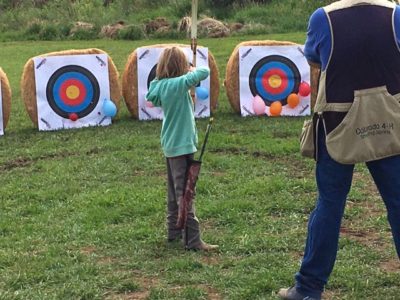 At the archery course, Extension Agent Kurt Jones was overseeing 4-Hers trying their hand at archery. Klaira Wheeler, 8, and her brother Michael Wheeler, 10, hung in for extended rounds.

The Muttin’ Bustin’ competition drew a crowd full of adults and kids. Siblings Robert, 90, Sam, 8, and their sister Lily, 6, Inge of Salida, were there to watch with their mom Jill Inge.”We wouldn’t miss it,” said Inge. “The kids love all this excitement. Every year I take our family calendar photo here.” 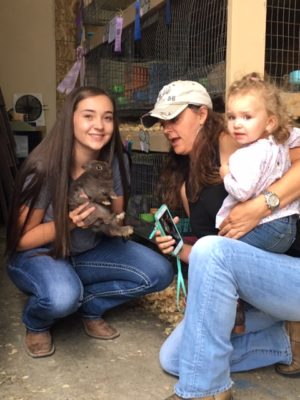 Contestants in Saturday’s steer-riding competition included some tough kids, most under age 12.

Qualifying for the finals on Sunday were: Able Flowers, Caiven Lake, Keaden Lake, Kenney Ehlenfeldt, and Casen Pridemore. The group will move on to steer riding finals early on Sunday afternoon.