Westcliffe Center for the Performing Arts Casting for Upcoming Show

The Westcliffe Center for the Performing Arts will be holding an open casting call at 1 p.m. on Saturday, January 25 in Studio Two at the Jones Theater located at 119 Main Street in Westcliffe. The casting will be for the first three productions of its 2020 theater season, which starts in May with The Vast Difference, followed by Antigone and Much Ado about Nothing. 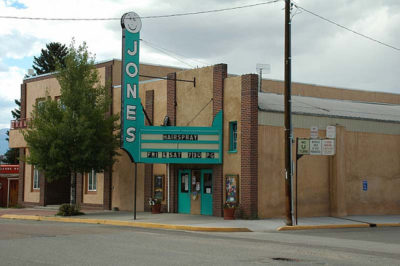 The Vast Difference, a comedy written in 1993 by award-winning actor Jeff Daniels, presents the tale of George Noonan, a flight attendant with five daughters, and his quest for a vasectomy. Along the way he deals with his increasingly frantic wife, the ghost of his father, a “man’s man” who worships the Detroit Tigers and despises his son’s career as a “stewardess”, a wry female urologist with a twisted sense of humor, and a chorus of male figures who serve to amplify George’s anxieties and insecurities. It will be the opening production, running from May 8 to May 17, with rehearsals set to begin in March.

Much Ado about Nothing, and Antigone, one a comedy the other a tragedy, will both be represented later in the season.  William Shakespeare’s Much Ado about Nothing.  Noted French playwright jean Anouilh adapted the Antigone of Sophocles to better reflect the dilemmas of maintaining personal honor under an authoritarian regime. Its first performance was in 1944, in Nazi-occupied Paris.

In William Shakespeare’s Much Ado about Nothing, Benedick and Beatrice also spar with a society set up to reward corrupt men and crush innocent women. However, even more notably, they spar with each other, a theme that has served as the theatrical and literary model of “witty lovers” for hundreds of years, inspiring other writers from William Congreve to Jane Austen. The two plays are scheduled to run in repertory for Shakespeare in the Sangres June 12 through July 5, in the amphitheater behind the Feed Store located at 151 County Rd 241 in Westcliffe.

No audition monologue or prior experience is necessary. Those looking for more information can contact Elliot at the Jones Theater by calling (970) 783-3004.