What Do We Do if the United States Post Office Shuts Down?

Come June, the old saying “neither rain, nor snow nor dead of night can keep the Post Office from its Appointed Rounds” may still be true, but the lack of finances might just do the trick. That is when the funding for the United States Post Office (USPS) runs out of money.

The coronavirus known as COVID-19 is threatening the existence of one of the U.S. Government’s most ubiquitous services – mail service – and it appears that the White House wants it to die.

The causes are at least two-fold. As the COVID-19 pandemic has ravaged the country, and with “Stay-at-Home” orders across most states and businesses shuttered, mail volume in April and into May has been down 30 percent, compared to the same time last year. An enormous swath of businesses – restaurants, bars, retail stores, and service businesses cut down on the commercial fliers and coupons and postcards and all manner of business print materials that represent post office bread and butter income.

But in a Machiavellian-style irony, the USPS faces two draconian realities.

First, the USPS is required to do what no other government agency has to; by law, it must fully-fund its retirement and benefits accounts as it goes, requiring vast sums of capital over and above its operating income. And in another irony, the initial $2 trillion coronavirus stimulus package provided no funding to the USPS, which is so vitally connected to small businesses across America.

Second, many news sources have reported that President Donald Trump seems to have it in for the USPS. He has repeatedly announced that he would move to block federal aid for the U.S. Postal Service unless it raises shipping rates for online companies like Amazon.com. This has prompted criticism that the move would hurt consumers relying more than usual on packages during the coronavirus outbreak known as COVID-19.  USPS also provides “last mile” delivery for major shippers and carriers like UPS.  How would that work if the USPS closes?

The importance of rural post offices in rural communities cannot be overestimated. In rural areas where we often lack basic broadband, it isn’t just about upgrading to 5G mobile service – mail is our lifeline.

Mail is also how all people in the State of Colorado – like many forward-thinking states – vote. We shouldn’t have to be reminded that 2020 is an election year, with a lot hanging in the balance, including the future direction of this country. With no post office, how do we receive our ballots? What would this mean, as the pandemic continues, for states trying to expand mail-in voting?

Mail delivery is critical, not just to keep more isolated communities and rural people connected, but to deliver everything from medicines to materials, farm equipment to fancy dresses, magazines, to mail-in ballots. And this is not to mention the personal messages of support and love and family information that most of us are longing for these days.

The USPS employs 630,000 people all across America, a large percentage of them veterans. But this hard-working public service has been under verbal attack by the president, who appears bent on destroying one of the most ubiquitous of services to the American people. Speaking in the Oval Office in late April, Trump called the agency a “joke,” and said it should raise package-delivery prices by four times.

The Washington Post recently reported that the White House wants to force changes at the Postal Service as part of the terms of a $10 billion loan from the Treasury Department. 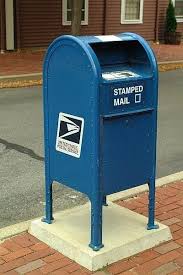 The president’s opposition reveals that he either doesn’t know or doesn’t care that in rural areas, the Post Office can often be our shopping outlet and it brings supplies to small businesses. Raising rates now, during this economic debacle, would add more economic pain.

In a world where ‘just in time’ supply lines are already stretched, and the open-to-buy of small businesses has declined as Main Streets have suffered, the mail is the way the tangible world comes to businesses and homes alike.

According to Virginia U.S. Congressman Gerry Connolly, the post office is going to need an infusion of cash by June. That is being adamantly refused by the White House.

In a Twitter feed following a briefing by the U.S. Postmaster General, Connolly got a sobering message. “I spoke with the Postmaster General again today. She could not have been more clear: The Postal Service will collapse without urgent intervention, and it will happen soon. We’ve pleaded with the White House to help and it turns out that @realDonaldTrump personally directed his staff not to do so.”

Also according to the Postmaster General, unless the economy opens by summer, mail volume could be down 50 percent by the end of June. The USPS told Congress in April that it needs a cash infusion and fast.

The USPS has warned that it might have to shutter by June if special funding or funding within the coronavirus stimulus packages provides no funding. Now would probably be a good time to reach out to our elected officials at all levels to let them know what the U.S. Post Office means to us. Doing so will assure that our voices – our will — is what prevails.