What Do You Think of a Third U.S. Political Party Called “Forward”?

In an exclusive report by Tim Reid of Reuters, he reported that dozens of former Republican and Democratic officials have announced a new national political third party. Their objective, they say is “to appeal to millions of voters they say are dismayed with what they see as America’s dysfunctional two-party system.”

The new party will be called Forward. It will be co-chaired by former Democratic presidential candidate Andrew Yang and Christine Todd Whitman, the former Republican governor of New Jersey with the stated goal: to become “a viable alternative to the Republican and Democratic parties that dominate U.S. politics.”

a series of events in two dozen cities this fall to roll out its platform and attract support. Then they plan to host an official launch in Houston on Sept. 24 and the party’s first national convention in a major U.S. city next summer. Given an approach in metro areas, it wouldn’t seem that this new party has much focus on rural issues or regions. 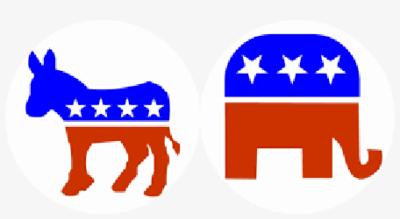 Founders told Reuters that a Gallup poll last year showed a record two-thirds of Americans believe a third party is needed. They say the group is a merger of three political movements:

While many voters frankly would appreciate another option, historically, third parties in the U.S. have only served to splinter the vote. Teddy Roosevelt ran as the Progressive Party nominee in 1912. It was formed after he lost the Republican presidential nomination for a third term to his former protégé rival, incumbent president William Howard Taft. The new party became known for promoting progressive reforms and it attracted national reformers. But they were defeated in the 1912 presidential election, then when they failed to make headway in succeeding elections went into rapid decline until 1918, and disappeared by 1920.