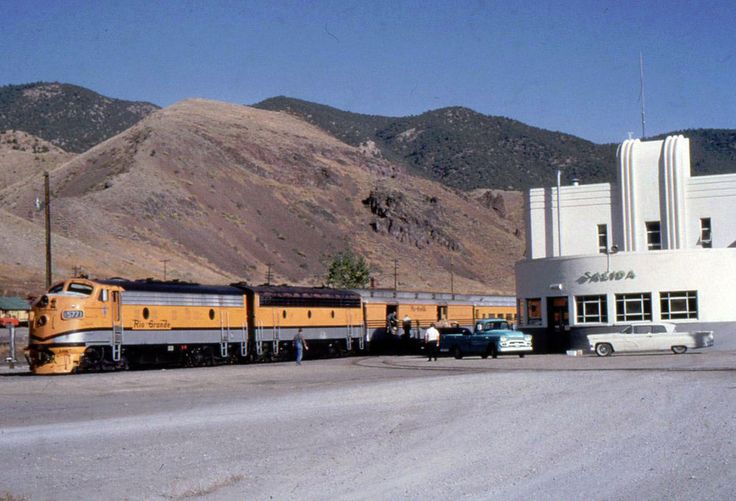 Will trains rumble through Chaffee County and over Tennessee Pass again? Do the communities between Cañon City and Eagle need and want them – particularly their environmental impacts?

A subsidiary of the Rio Grande Pacific Corporation is now in a commercial agreement with the Union Pacific Railroad (UP) for the majority of the Tennessee Pass Line, the former Denver & Rio Grande Western line that has been sitting dormant since 1997. The route entails 163 miles from Cañon City to just past Eagle. In railroad parlance those are the Parkdale and Sage stations. 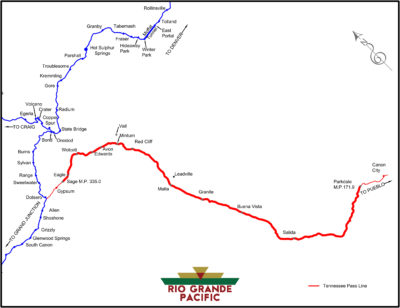 The line runs from Cañon City to the Sage station between Eagle and Gypsum. Photo courtesy Colorado Midland & Pacific.

Colorado Midland & Pacific Railway Company (CMP) filed on Dec. 31 for common-carrier authority to operate the line with the U.S. Surface Transportation Board (STB), the federal agency that regulates railroads.

None of this guarantees that trains will once again polish the rails hereabouts. CMP says that it now plans to turn to the communities and policy makers along the way to take their temperatures regarding next steps.

The process is a “long arc,” according to CMP spokesperson Sara Cassidy.

Indeed, CMP may see open arms among the contingent that would like to see passenger service delivering tourists to the high country and possibly employees from Lake County into the resorts of Eagle County.

But the company can expect to see pushback from those who aren’t keen on the possibility of freight trains and what they might carry through places like Browns Canyon in Chaffee County. Claiming that the trains could eventually transport substantial amounts of crude oil through Browns Canyon and other environmentally sensitive areas, the Friends of Browns Canyon organization is urging people to review and comment on a draft environmental impact statement  on Utah’s Uinta Basin Railway – which could have connections to Tennessee Pass.

Environmentalists are also unhappy about the August 2020 rule from the Trump administration that relaxed guidelines for transporting liquefied natural gas, creating the remote but thought-provoking possibility of “bomb trains” that could level entire cities. Ergo, discussions about freight trains may now be more explosive, so to speak.

The Dec. 31 filing with the Surface Transportation Board means that a much smaller suitor for Tennessee Pass, KCVN and Colorado Pacific Railroad, lost its bid for the line, prompting a sigh among some railroad watchers who wanted to see the operation succeed in connecting lines to ship grain and mining commodities to the West Coast.

As part of that arrangement, Stefan Soloviev, who controls Colorado Pacific, proposes to restore daily passenger service between Pueblo and Minturn. Soloviev had already taken over the old 122-mile Towner Line in eastern Colorado. The Towner connects Soloviev’s elevators in southwestern Kansas and southeastern Colorado to rail lines east of Pueblo. Acquiring the Tennessee Pass Line would have provided a shortcut through the mountains to the west.

Soloviev’s Colorado Pacific made moves to garner support for a second bid with the STB, including letters to chairs of county commissioner boards and other parties, outlining plans to add passenger service into its plans, which would meet the “statutory test for public convenience and necessity,” which the STB said had been lacking from Colorado Pacific’s earlier bid. There was also mention of an easement for trails.

But at the same time, Union Pacific said it had been in negotiations with Rio Grande Pacific in a deal that could restore service to Tennessee Pass. Ultimately that plan came forward in CMP’s Dec. 31 filing.

Supporters of the smaller railroad say that whereas Soloviev has a plan of action, they speculate that CMP may not get anywhere with passenger or freight service, each of which is a possibility as CMP begins to reach out to communities along the route.

Critics say the local rails are a very possible conduit for transporting oil shale resources from Utah’s Uintah Basin. Rio Grande Pacific operates short-line railroads, including the A-Train commuter service of Denton, Texas, and has been involved in an effort to build the Uinta Basin Railway to transport the waxy crude from northeastern Utah to existing rail lines.

The deposits hold an estimated 300 billion gallons of oil – some of the largest oil-shale resources in the world. Environmental groups are fighting development.

It should be pointed out that oil shale is not the same as shale oil (typically accessed through fracking) in that oil shale is basically rock that contains kerogen, which is used to make oil. The reserves in the Uintah Basin are generally considered low quality but of possible interest if the right technology and economics play out.

Whitman said the railroad blogosphere “lit up” after the Dec. 31 announcement, with “a wide range of reactions.”

As someone who loves to ride trains, he said the notion of passenger service sweetens the appeal. “They couldn’t possibly make money on it,” he said, but admitted he liked “the idea of getting on a train from Salida to Glenwood, then picking up the California Zephyr.”

He said the future conversations with CMP will be interesting. “Certainly we’ve got a rail segment in there,” he said, regarding Chaffee County’s master plan. “We talk about what it could be.”

As of now the upcoming discussions with communities remain open as to whether the operations would include passenger service, freight or both. There’s also the possibility that nothing will transpire.

Cassidy said the next step is to start talking to communities to determine how much they need and want rail service, which could have a significant impact on the movement of workers and tourists in Fremont, Chaffee, Lake and Eagle Counties.

She said Thursday’s filing was the culmination of more than seven years’ discussion as well as several dormant phases.

“This is the initial step in a long process,” she said. She described the Tennessee Pass move as “bringing a new option to the table” and “being a part of the conversation without overriding it.”

Cassidy said there have been numerous parties looking at the Tennessee Pass over the years. Given the typically slow speed of regulatory processes and the amount of restorative work the rails would require, Cassidy wouldn’t speculate on how long it would take to actually run trains again.

It has been a long while since trains came through Chaffee County. The last passenger train departed from Salida in July 1967.

The tracks were taken out of service but were left in place and not officially abandoned.

Featured image: The Rio Grande Passenger train at the station in Salida, Colorado sometime in the 1960s.