What will come of these hot, dry winds licking at winter’s back door?

Ponds on a ranch in northwestern Colorado last week were full, a rare treat in recent years for horses that have gathered like at a spa. It was a good winter there, cold and snowy. Now, a ranch owner had begun planning for a fiery summer.

“It’s a hot, dry wind licking at the back door,” says Kathleen Kelley of Meeker. “We can lose everything we’ve gained in just a few days to high temperatures and wind. The ponds have already lost half their volume.”

A poet I know has been singing that James Taylor song but with new lyrics “Oh, I’ve seen fire and I’ve seen wind.” 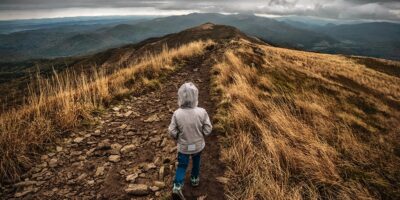 We had the Marshall Fire with its 1,084 homes and other buildings destroyed while Christmas wreaths still hung on doors. Then came April with wildfires on the crispy-dry prairies of southeastern Colorado. Now the spring sky has become sullied by smoke from New Mexico’s latest wildfire, already the state’s second-largest, causing people in Santa Fe to inspect their insurance policies.

In Colorado, the three National Weather Service offices together issued 62 red-flag warnings, in April, the most since record-keeping began in 2006. The previous one-month record was 43.

On Earth Day, one of those red-flag days, an executive with a utility that delivers electricity to exurban homes in the foothills between Central City and Nederland was fretting about wildfire risks.

“These fires have already started,” said Bryant Robbins. the chief operating officer of United Power, Colorado’s second-largest electrical cooperative. “We usually don’t see them until later in the year. I am highly concerned about our lack of moisture, especially in the foothills west of Arvada, and I’m just worried sick about that.”

Colorado’s electrical utilities, both large and small, have been stepping up their game in recent years. They want to avoid wildfire destroying their infrastructure, but they have also taken steps to minimize the risks of their power lines causing fires, as has happened in several of California’s largest and most deadly blazes.

Most people correlate wildfires and mountainous areas. At the Colorado Division of Fire Prevention & Control, Rocco Snart directs attention also to fire risks on the eastern plains. He sees the greatest risk until July being east of the Continental Divide, including in the foothills but also the San Luis Valley, Colorado’s reddest area on drought maps. Southwestern Colorado is of slightly less concern.

There is precedent. Major wildfires occurred in the foothills along the fringes of Colorado Springs and west of Fort Collins in 2012 and again in 2013. But the Great Plains have had major fires before, too. It’s just a matter of fewer people living there.

Is he apprehensive? He has, he says, “a healthy respect for the environment.”

The Yampa River Valley this week had snow-water equivalent 89 percent of average. Water managers warned of a water year similar to that of 2020. That snowy winter in Steamboat Springs and Craig was followed by an early spring, then an abnormally hot and dry summer. It was like a busted first-round draft pick, a benchwarmer.

It’s part of a broader trend manifested at Lake Powell, which barely has enough water to produce electricity for consumption in places like Granby and Gunnison, Aspen, and Avon. Runoff again this year disappoints. The Bureau of Reclamation has revised its inflow projections downward to 59 percent of average.

North of Steamboat, on the Wyoming-Colorado border, rancher Pat O’Toole tells of unrelenting winds that have left his family’s three flags—American, Wyoming and Ukrainian—tattered prematurely. On Interstate 80, a place notorious for winds that can knock over trucks, the intensity has picked up, something that O’Toole correlates with the changing climate. “Everybody’s talking about it,” he says of the wind.

O’Toole hopes for more management of forests ahead of catastrophic wildfires. “We have to start realizing that we are in a different climate and react to it like it really is and not like it used to be.”

Colorado’s three largest wildfires as defined by acreage all occurred in 2020. At her ranch near Meeker, Kelley remembers another yet fire, too, one that caused her and her husband to build a more fire-resistant masonry house.

“I glance toward my little town five miles to the east and hope the barrier mitigations they are now planning can soon be implemented effectively,” she says. “By mid-June the temperatures will be in the 90’s and might even push 100. By July I know my beloved country will be nothing more than brittle fuel.”

Best publishes Big Pivots, from which this was extracted. See more at BigPivots.com.