What’s Ahead for the Colorado Republican Party?

It has been a year of controversy and competing directions for the Colorado Republican party; from the buildup to the Republican primaries, the conflict-filled party conference in a stuffy Colorado Springs conference room that they couldn’t leave, to multiple candidates left and right (or perhaps that should be right and far-right) who claimed that there were irregularities in the primary process election process. 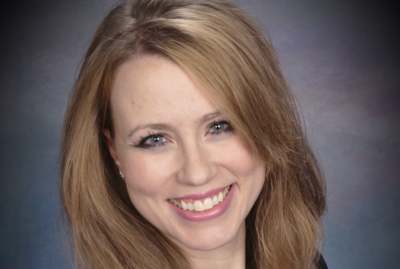 Kristi Burton Brown announced this week that she is not seeking a second term as the Chair of the Colorado Republican Party. Courtesy image.

The controversy went from the top right down to local county elections where many have said that further-right and less-qualified candidates were chosen to represent the party when more centrist candidates could have had a better chance in a state where unaffiliated voters outnumber voters registered to either major party.

Now, more than a month after Republicans suffered widespread defeat during Colorado’s midterm election, state Party Chair Kristi Burton Brown has announced that she will not run for reelection as chair of the Colorado Republican Party when her term ends in March 2023. After running to bring “a new generation of leadership” to the state party, she says she’ll stay involved in the GOP, but from a policy standpoint.

By just about anyone’s standards, the Colorado election was a Democratic party rout: they took five of the eight congressional seats, nearly unseated U.S. Rep. Lauren Boebert in the 3rd Congressional District and increased their majorities in the General Assembly — success by anyone’s standards.

Burton Brown’s email message announcing her decision indicates she still believes in her party, saying voters will “eventually” turn against the “failed, far-left ideology” of the Democratic party.

“It’s been an honor to serve as chair of our great party and to be able to visit you in your homes, workplaces, communities, and your special area of our great state,” she added. “I’ve been blessed to meet so many patriots who have joined us in this passionate fight for our state and country. I’ve honestly loved every minute of it.”

All well and good — but who could take over? Several who watch Colorado politics closely say that it could well be someone more “right-leaning” than Burton Brown, which would certainly not endear the party to the state’s majority unaffiliated voters.

To be fair, the leadership of both major political parties is in flux at the moment. Morgan Carroll, who is the leader of the Colorado Democratic Party, announced last month that she would not be seeking re-election as party chair either.

All the drama is not just at the state level. Here in Chaffee County, the Chaffee County Republican party has been through three leaders in roughly a year, with Kathy Rogers now holding the chair. She has indicated a desire to unify the county party membership behind some shared goals and policy positions, which could be a tall order.

“I’m going to keep myself in the middle and find out what shared goals we do need to use moving forward,” said Rogers.

Within the Chaffee County Republican Women’s group there has been turmoil from the far right — a few of whom have made an effort to oust members for some interesting reasons. During their November meeting (held on the same floor of the Twitchell Building where Ark Valley Voice offices) a vocal group attempted unsuccessfully to oust Republican Alison Brown, who made an unsuccessful primary bid for Chaffee Board of County Commissioner, from the Republican Women’s group (not, it should be noted, from the Chaffee County Republicans).

Getting clarification on the reason or reasons proved interesting. For her part, Rogers said she attended the November meeting and could confirm that there was an attempt to oust Brown from the Republican Women. But she added that “I’m just a member, I wasn’t there in any other capacity.”

Apparently, in the past, Brown had committed the sin of having made donations to various political campaigns including a donation to — horrors — a Democrat. In a loud exchange, those advocating kicking Brown out of the Republican Women tried to claim that the national Republican party did not/does not allow its members to donate to the campaigns of anyone who isn’t a Republican.

Calls to the Colorado Republican Party offices in Greenwood Village to clarify that rule have gone unanswered.

For the record, the move to oust Brown did not succeed.

During the December meeting of the Chaffee County Republican Women, new leadership of that group was selected (story to follow).

Becker lost in the general election to Democrat candidate PT Wood and appeared to run an unusual campaign. He distanced himself from the Chaffee County Republican Committee in the months between the primary and the general election, causing Rogers to comment prior to the election that “I don’t think he wants our help.”