What’s going on in Poncha Springs? 500 housing units, that’s what

It seems as if everywhere you go in Chaffee County growth is occurring. Construction projects large are in development or underway in all corners of the county. Yet, nowhere in the county is this growth and construction more obvious than in Poncha Springs, where every day there seems to be a new construction project breaking ground. The fact that much of the Poncha Springs activity is related to housing is good news for Chaffee County. 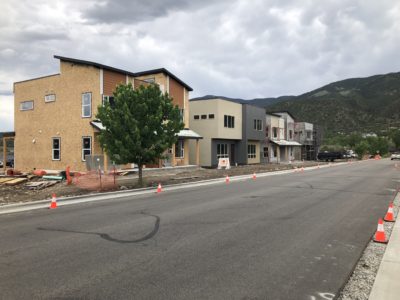 Ark Valley Voice recently sat down with Poncha Springs Town Administrator Brian Berger for a comprehensive look at all those construction projects.

“We have [a buildable] area to work with,” said Berger, pointing to one of the prime reasons he says Poncha Springs is expanding so much faster than other areas in the county.

He added that another prominent contributing factor to the rapid development was that in 2016 the town updated its land use code. “[The land use code] spells out everything in an organized manner that is easily digestible for developers,” said Berger. He explained that up front land use and density limits help prevent the kind of unexpected roadblocks that can often delay and “kill” developments.

Berger, who started working for the town in 2014, previously worked for Monarch Ski Resort, receiving his master’s degree in Business Management in Kansas City. Berger’s undergraduate degrees in Accounting and Communication have also proven to be a complimentary mix in his town administrator position. 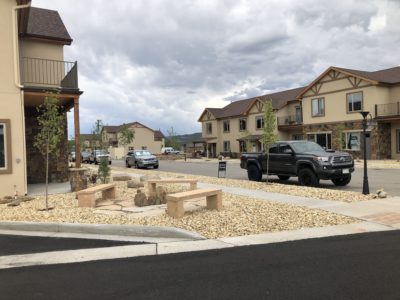 Berger stressed that communications have been critical to citizen’s development success in  Poncha Springs. “Landowners can get notified up to four times in some instances,” concerning developments adjacent to their property,” said Berger.

Once the Administrator outlined all the current and approved developments it became clear that not only does the development occurring in Poncha Springs stand out for the number of projects, but for their variety too. In total, there are 10 housing projects in various stages of development and completion. If all the  projects come to fruition, at full build-out these 10 projects have the potential of creating 500 housing units. A variety of affordable housing projects occupy approximately 70 percent of the total units.

The following is a breakdown of the different types of units:

Spread among these housing projects are two commercial projects, the most prominent being in the northeast corner of the intersection of U.S. Highways 50 and 285. This location currently has a grocery store and attached hardware store built and awaiting the grand opening in August. 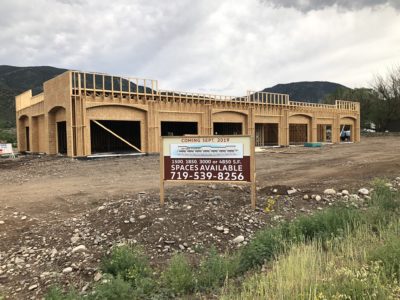 The Tailwind Development is the newest commercial building going up along U.S. Highway 50 in Poncha Springs. Photo by Stephen Hall.

The other commercial site is located on the eastern side of Poncha Springs along Highway 50 across from CR 125. Currently, there is a fitness center being built on one of these commercial lots.

While housing is needed across the county, Poncha Springs’ market-driven approach to housing development appears to be providing results. This is the first in a series of articles that will dig deeper into those developments having the potential to drastically affect the local economy and change the face of Poncha Springs. 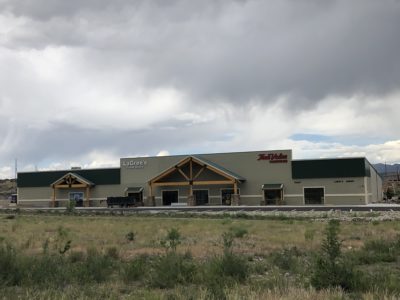