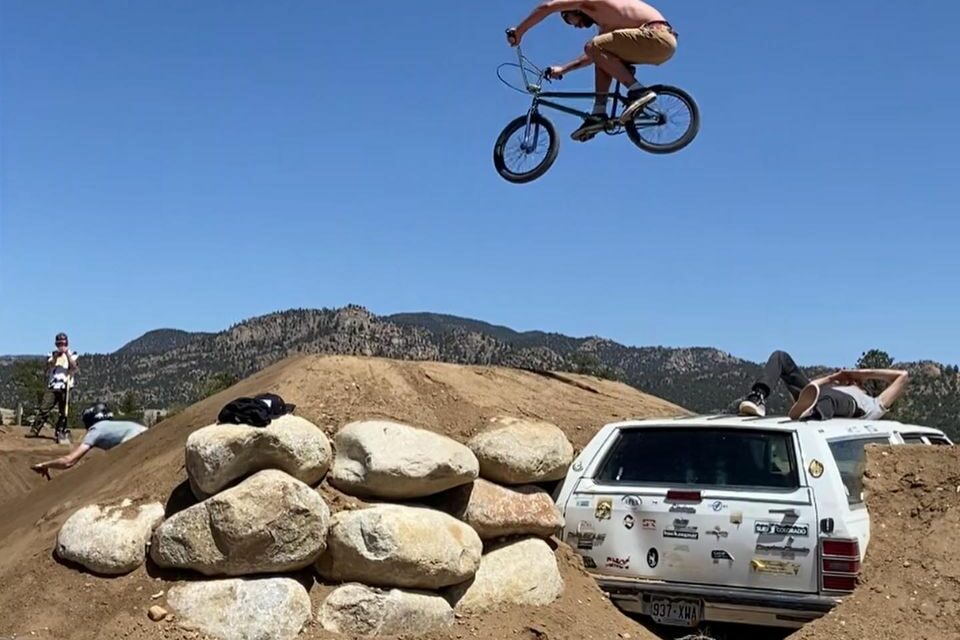 On Memorial Day Weekend, the Rocky Mountain Outdoor Center (RMOC) will open its brand new bike park to the public. Located just south of Buena Vista at the entrance of Browns Canyon National Monument in the Arkansas River Valley, the bike park is conveniently located just north of Nathrop on U.S. 285, between both Salida and Buena Vista.

The facility is aptly named. The skeleton of the “Junk Yard Bike Park,” is made up of ‘junk’ that has been collected over the past years as RMOC’s riverside property has developed. What is one person’s junk is another person’s treasure. In this case, materials like concrete, asphalt, telephone poles, and even old vehicles were kept out of the landfill and instead turned into a fun place to ride bikes. 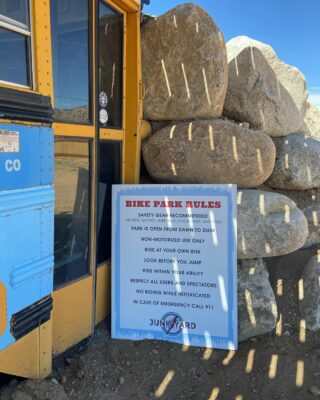 An old school bus has a new life as an obstacle in the Junk Yard Bike Park. Courtesy photo.

Special features include a jump over an old Chevrolet Caprice Classic car (known locally as White Lightning) and a drop-in off an old school bus. The freshly built bike park also includes four different lines featuring beginner-to-pro features, a pump track, and a small skills area in the middle of the track. From the Junk Yard Bike Park, visitors can also ride to RMOC’s singletrack trails that offer mellow downhill lines as well as some intermediate/advanced rock drop features.

The park is open to everyone and free to use. in fact, the Junk Yard Bike Park is the biggest bike park within a 100-mile radius. While guests are welcome to bring their own bikes, Dirt Jumpers—bikes designed for aerial stunts and landing jumps—are available to rent for $50.

The idea for the bike park came from RMOC Owner, Brandon Slate, and his business partner, Ryan Coulter. They both began burying the junk that came with the RMOC property when they moved to it in 2016.

But it didn’t take long for Slate and Coulter to start riding on top of the junk and imagining a bike park. They saw it not just as a way to keep material out of the Chaffee County landfill, but as filling a local need. That it would also draw people to RMOC to take advantage of the outpost’s other features, such as its microbrewery, food truck, and riverside seating is another plus.

Once the idea was in motion, Slate hired Dave Norris, aka ‘Dirty Dave’, as the bike park’s chief designer/builder and Elevations Excavation in conjunction with Dirt Doc Permaculture to execute the build.

“We’re excited to offer yet another great way to enjoy RMOC’s riverside property,” says Slate. “While we may be best known for our river trips, we look forward to becoming a local biking destination too.”