As if we didn’t have enough to worry about with the pandemic known as COVID-19 continuing its march, an economic recession and the 2020 election season, the weather is wild. California has already seen one million acres burned, Colorado has fires burning, and two hurricanes threaten the nation’s coastlines at the same time, something that hasn’t happened since 1959.

Both of these natural disasters have become normal in recent years and are in part due to global warming. More areas are being burned throughout the country while summers continue to break record high temperatures.

According to the National Interagency Fire Center, “there has been a trend in increased area burned by wildfire in the United States since the 1980’s when reliable estimates based on fire situation reports from federal and state agencies became readily available.” 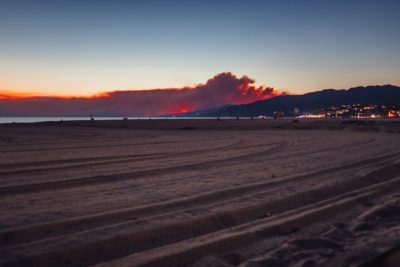 One possible solution to get ahead of these fires is the age-old tradition of indigenous fire management. This practice has been used throughout the world to modify the landscape with fire which encourages vegetation regrowth and more nutrient-rich land.

Unlike prescribed burns currently used in modern forest management, this tradition is aimed at hazard reduction. With conditions becoming hotter and drier due to global warming, California has already begun to reintroduce indigenous fire management.

According to the Union of Concerned Scientists “climate change and other human-caused factors are fundamentally changing the frequency and intensity of wildfires in many places in the U.S.” Scientists have been discussing this rise in wildfires and their connection to global warming for multiple years now.

One article which discusses these impacts was written in September of 2011 and updated in March of 2020. 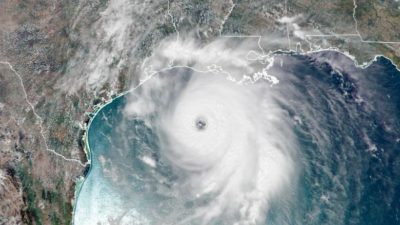 According to the Geophysical Fluid Dynamics Laboratory “most of the global warming observed over the past half-century is very likely due to human-caused greenhouse gas emissions.”

The warming of the atmosphere and the upper ocean is creating larger, stronger, more destructive hurricanes. Hurricane Laura ripped through Louisiana causing 14 deaths. Hurricane season officially began this year on June 1 and is projected to last till November 30.

While hurricane season has remained consistent throughout the years, this year is predicted to be an “extremely active” hurricane season. Tropical Storm Arthur was the first named storm of the season on May 16, two weeks before the official start of the 2020 season. Hurricane Laura was the first named Category 4 storm; the largest storm to hit the continental U.S Gulf Coast in decades. Hurricane Marco, a Category 1 storm that dissipated on August 25, meant that for the first time since 1959 , two hurricanes were churning in the Gulf of Mexio at the same time.

Five major hurricanes are expected for this season according to the Department of Atmospheric Science at Colorado State University (CSU) with additional forecasts by the National Oceanic and Atmospheric Administration (NOAA).

With the slashing of environmental regulations by the current administration and the projected hurricane numbers, it seems that this year’s natural disasters are only getting started. Scientists say that one thing is certain. If humans continue on this destructive path more extreme weather will become the norm; wildfires season will continue to ravage the west and hurricanes will become more deadly.