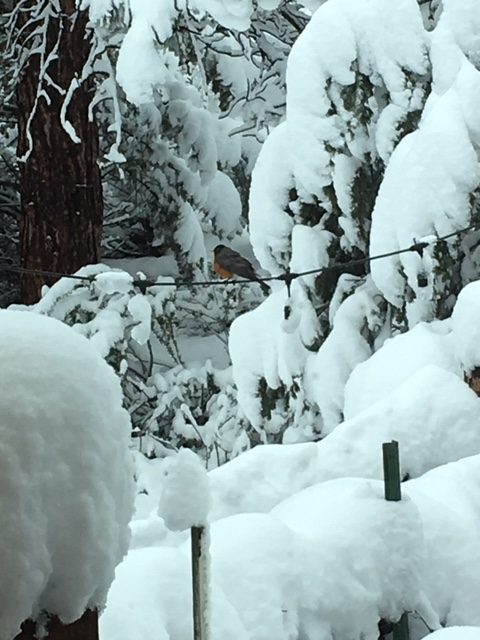 A strong wintery storm moving down from the northwest is expected to bring some welcome moisture to Colorado this weekend. Freezing temperatures and snow mean that it might be time to lug those newly-planted flower pots inside for the next couple of days.

After mild spring temperatures here and downright hot days on the Front Range, the temperature drop ahead of the approaching storm has been significant.  As reported in The Coloradan, “The weather station at Christman Field in northwest Fort Collins on Thursday evening set a record for largest temperature drop in the station’s 26-year history. Between 6:00 p.m. and 7 :00 p.m., the temperature dropped 26 degrees, from 82 degrees to 56 degrees, in 15 minutes and dropped 29 degrees in 30 minutes,” according to state Climatologist Russ Schumacher.”

Much of the snowfall is expected to fall north of the valley on the eastern half of the I-70 corridor and further north, as well as on the Front Range, all of which are under a Winter Storm Warning. Heavy, wet snow is expected, meaning there could be tree limb damage and power outages. Roads north of Ft. Collins heading toward Wyoming are already closed.

Chaffee County is on the southern edge of a Winter Weather Advisory that extends north past Vail, and then westward. Overnight and into Saturday, it is expected to get some much-needed moisture, but nowhere near the 18-24 inches of snowfall projected for Georgetown. Ditch owners in the county are hopeful that after the rapid spring snowmelt the county has experienced, this storm can replenish the snowpack and create an opportunity for some of the ditches to run.