Workforce housing: it matters in Chaffee County, because there’s ‘no place like this’ 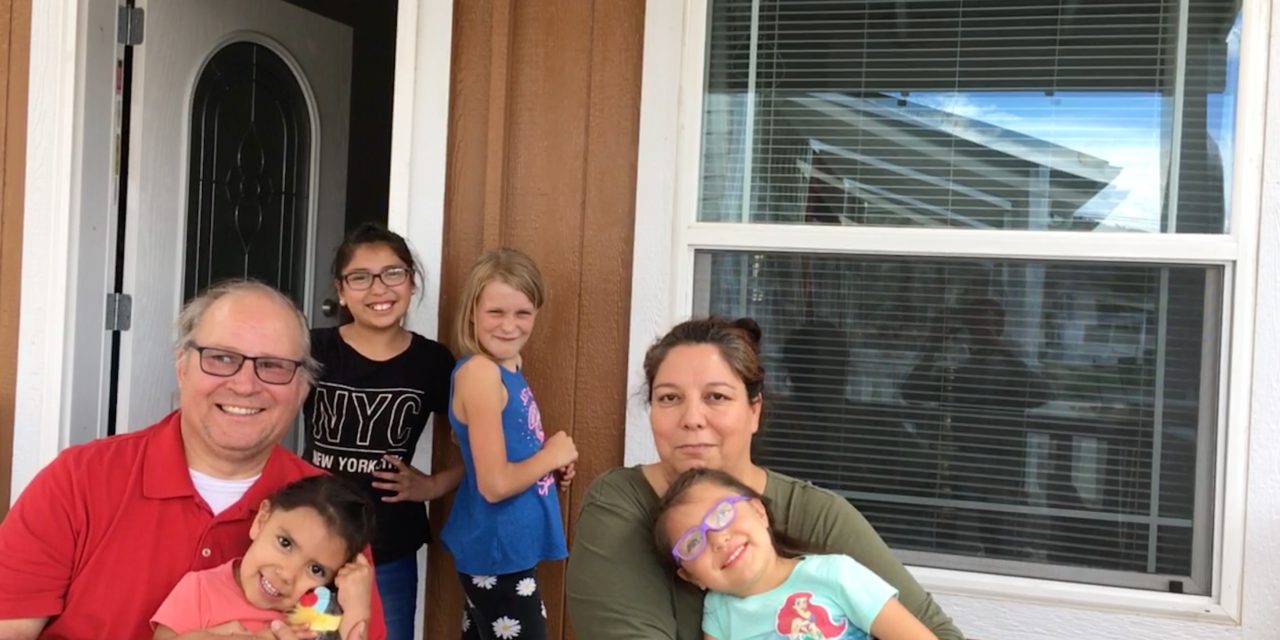 Part one in a two-part series focusing on the people of Chaffee County who reside in workforce housing, also sometimes called affordable homes, and why these homes matter.

When John Goetz moved to the Arkansas Valley in 2009, he and his wife, Carolyn, settled into an apartment in Salida. Goetz, a Middle School Social Studies teacher for the Salida School District, was content with the apartment.

That is until he and his wife took in their three granddaughters.

“We were empty nesters about seven years ago. What we wanted to do for our twilight years was to teach in Europe and enjoy that,” said Goetz.

But when John and Carolyn took their granddaughters into their home on a full-time basis, their plans quickly dissolved.

Carolyn Goetz recalled the apprehensiveness she observed in her eldest granddaughter while living in that apartment.

“She never asked to have friends over,” said Carolyn Goetz. “It was like she didn’t want them to see where she lived.”

John echoed his wife’s thoughts, then offered an alternative explanation. “Maybe it was Carolyn and I that were [apprehensive] to have people over. We lived in a small apartment, and it was hard.”

John Goetz, who served in the United States Army, applied for a VA loan for $175,000 and began searching for a home for his family.

Goetz and his now-expanded family qualified, and McCulloch found them a home in the new Old Stage Coach Road row houses in the Two Rivers subdivision being developed in Salida.

“This is a lifesaver for us,” said Goetz. “Our other option was to move out of this area. Now, I’m able to stay here and teach in a school district that I love, a school district of distinction. That wouldn’t have been possible before.”

Goetz began teaching at Salida Middle School in 2009. Now, he says the Salida School District occupies a special place in his heart.

“I love it here. I have a team of teachers that I teach with that really, really love kids,” expressed Goetz. “[The teachers] really want to see the kids succeed. I feel very blessed that I get to work with these people every day, and I wouldn’t want to leave them behind.”

As Chaffee County continues its explosive growth, the availability of affordable housing will prove critical to the longevity of the county’s communities.

Affordable housing is about more than just a structure for workers to shelter in. These are homes; places for communities to thrive and gatherings to bloom. Without community, the future of Salida and Buena Vista and the county would be bleak and hollow.

“The sense of community that we have in this little enclave [in Two Rivers[] is amazing. We’re beginning to form friendships now that we would not have had as renters,” expressed Goetz. “Renters come and go, but people who are buying houses aren’t afraid to get to know each other. They are in it for the long haul. We really love being around these people, like Robert next door and Laura down the sidewalk.”

As they spoke, John and Carolyn Goetz were seated on their front porch on bright red patio furniture. Robust giggles and tiny voices bounced off the houses in Two Rivers as Goetz’s granddaughters and the neighbor children played in the common area: stacking rocks, chasing each other and pedaling tricycles. Soon, the mild evening settled in and a cool breeze washed down into the valley.

“This place doesn’t exist anywhere else,” said Goetz. “We want to be here.”

If the perspective of John and Carolyn Goetz is any indication, their view of the worth of those around them must remain. Without it, what future can the residents of Chaffee County expect?

Part II on Workforce Housing is coming up later this week.