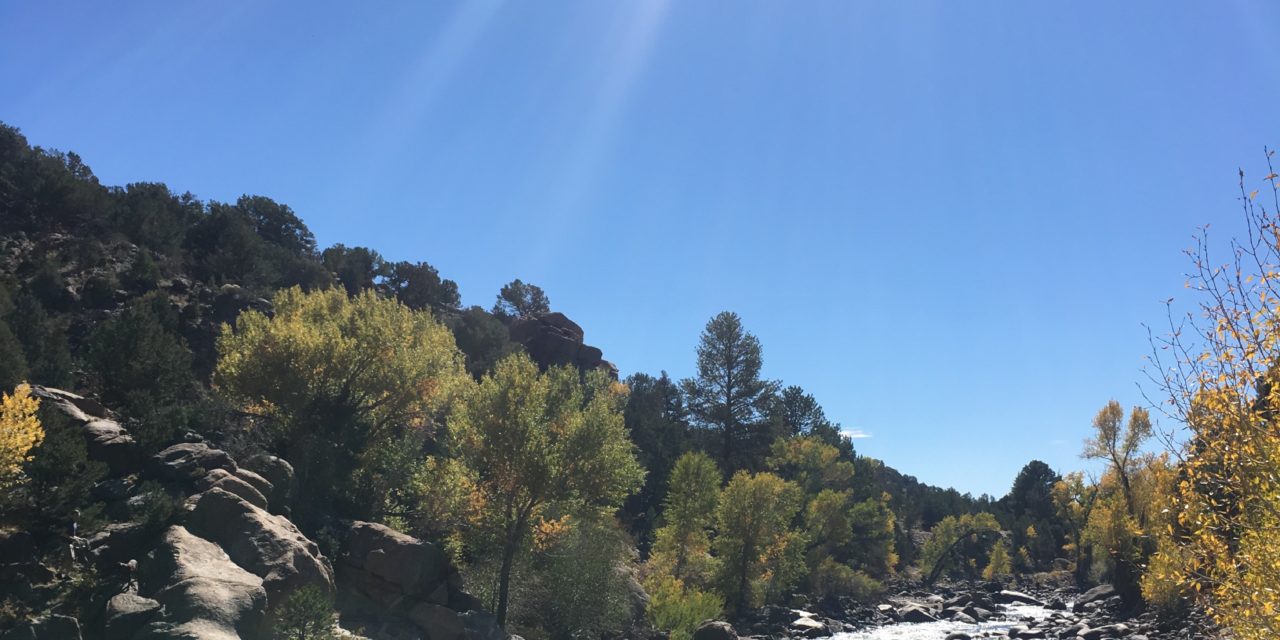 It took two, afternoon public sessions, and some pointed questions, but in the end, the Chaffee Board of County Commissioners voted two to one in a split-decision to accept the 2021 BlueTriton Annual Report with conditions. Chair Greg Felt and Commissioner Rusty Granzella voted to accept the report and to consider that BlueTriton is “in good standing.”

Commissioner Keith Baker continued his opposition to the 1041 permit awarded to BlueTriton (formerly Nestlé Waters North America) and voted against approval, explaining, “They also have not met the requirement about hiring local truck drivers.”

The conditions revolved around questions about the hydrology of the area, the ongoing saga of declaring the property on which the Ruby Mountain spring is located (and from which BlueTriton’s permit allows it to pump spring water for bottling at its Denver Bottling Plant) as a conservation easement, and concerns, particularly by Baker, that the company still has not met its pledge to hire Chaffee-based tank truck drivers.

While the idea of developing a resolution that included the conditions was discussed, that was set aside in favor of a letter from the County Attorney laying out the approval conditions, along with establishing a checkpoint at the BoCC Oct. 4 regular meeting and a requirement of completion of the conservation easement by the end of 2022.

In a reassuring message, Upper Arkansas Water Conservancy District General Manager Ralph “Terry” Scanga, spend time explaining the hydrology of Chaffee County, and the measures taken by the district to protect the county’s water sources.  He expressed confidence in the county’s water resources.

“Chaffee County is very well positioned when it comes to groundwater,” affirmed Scanga. “Now Lake County, that’s a different story …  I would say that Chaffee County is one of the best [positioned] in the entire region.”

Chaffee Attorney Daniel Tom recapped the progress made toward establishing the conservation easement for the BlueTriton land parcel, which lies on the banks of the Arkansas River at Ruby Mountain.  “They think they can accomplish this by the end of the year. We still need to determine how the property is to be managed … It sounds like they are willing to manage it, but the county needs to figure out what it wants. There are things in the 1041 permit that might even exceed the conservation easement requirements.”

The conservation easement plan includes some major road setbacks for the widening of the existing narrow road and lack of parking for access to a popular fishing area on the river.

BlueTriton Regional Manager Larry Lawrence explained that “we have set up a 100 ft. easement between us and the mountain, on the east side. On the side by the river, there was a three-foot temporary construction easement, and we made it 10 ft. The project doesn’t begin until 2023, and the conservation easement will be in place first. We’ll run the easement on the eastern side. On the western side we need a couple of engineering devices and we don’t know where they are going to land, so we’re creating a wider path in the conservation easement … the final survey is in the next two weeks.”

“We are not waiting to start that plan,” he added. “We’ve reviewed it three times with Colorado Parks and Wildlife.”

But he softened that message as the conversation continued saying, “I’m feeling some things I agree with and others I don’t, but I have an appreciation for the way you have tracked our conundrum … we need to make the road safer… at this time I do feel like the permittee is in substantially materially compliance… I don’t see something at this time that warrants further action, we’ve talked about the other things to think about.”

I think we’ve done a good job this year of managing compliance and the partners we work with,” said Lawrence. “We’re looking forward to the sustainability effort.”

“I find them in good standing and see no reason not to approve,” said Granzella. “They have met the conditions.”