“This is a shock,” said Felt, urging staff and the public to think of Henson’s wife Robin, and two children. “I want to convey to his children what a special and effective person he was, and make sure they understand the energy and commitment he put into the job. If you’ve ever sat in on one of our board social services meetings, you’d have to concur that there are a lot of people in Chaffee County that Dave touched with his work.” 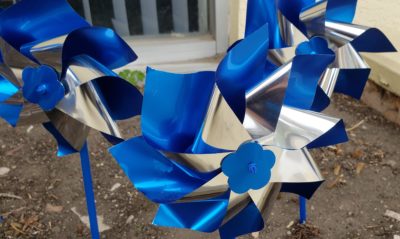 “That covers it,” said Commissioner Rusty Granzell. “I put my whole trust in Dave, Everything he did was for Chaffee County.”

In the interim, Chaffee Director of General Administration Bob Christensen will assume the leadership of the county’s DHS operations, leading the county’s dedicated human services staff in a role that was his original county position.

“I worked on human services here and at CCI, and Dave and I worked together a lot on the legislative agenda. It’s hard to understand unless you worked with him — he really did care what the legislation did for Chaffee County and for the whole state,” said Commissioner Keith Baker.”He looked downstream, to see the long-term impact. He’d been in human services a long time, and he was realistic but not jaded … in so doing he had a deep caring for his people in the Department of Human Services.”

The programs under Henson’s oversight were major, including the county’s fostercare program, SNAP food assistance, the WIC nutrition program, the National Child Abuse Prevention month, and the Emergency Food Assistance Program (TEFAP) that helps supplement the diets of low-income Americans, including elderly people, to name only a few.

During the pandemic, he worked with the Chaffee Office of Housing to get funds to families in danger of not being able to pay their rent due to workplace closures, to remain in housing saying, “Housing continues to be an area of great need for the families and kids we serve through DHS.”

In 2019 when emergency food programs were in jeopardy, Henson was a major catalyst behind family relief saying, “Our biggest concern at this point is around food security for the clients we serve in this county.” He explained to Ark Valley Voice,  “the emergency food assistance program is the one at our Salida Community Center. People count on that.”

Henson had concern for the people in his department, aware that compassion fatigue can set in. “The challenge of that line of work, day after day, and seeing the same problems, perhaps different people…. but Dave gave top priority to caring about his people,” said Baker. “It resonated with them – and us. He knew if he took care of them, they would take care of the clients. He will be missed.”

The county will plan a memorial gathering to honor Henson but no details have been organized as yet.

“Many of us don’t live in circumstances that bring us into contact with the DHS, but the public should know that it is a tremendously important department, and Dave navigated that,” added Felt. “We’re all going to miss Dave very much, and hope to be able to share those feelings in a more intentional setting in the weeks ahead.”