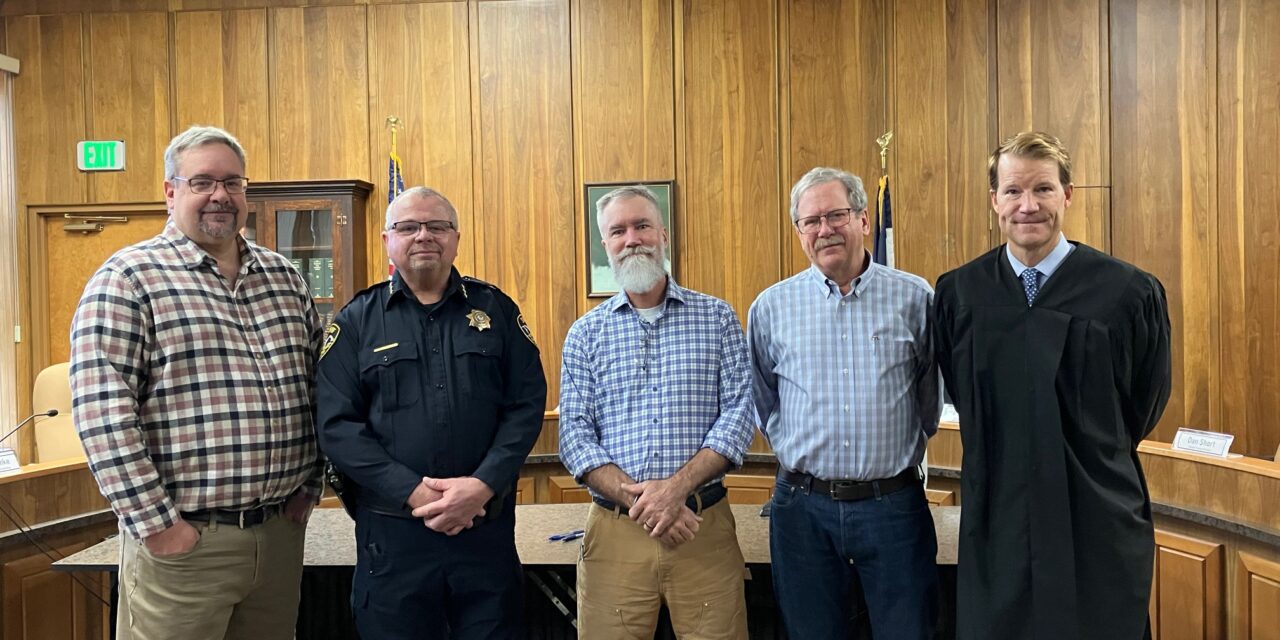 A packed Chaffee County Commissioners Meeting Room was the scene as four of the newly-elected and reelected county officials were sworn into office at 8:30 am. Tuesday, January 10 by District 11 Chief Judge Patrick Murphy. 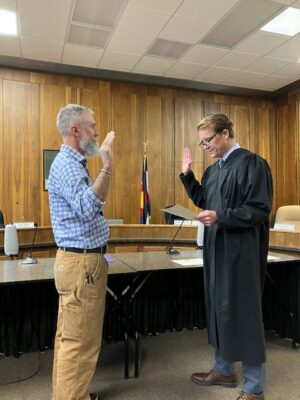 Chaffee County Clerk and Recorder Lori Mitchell was out of state and Chaffee County Treasurer Dee Dee Copper was absent, so they will be sworn in at a later time.

Calling the session to order, Chaffee Board of County Commissioner Chair Greg Felt noted that the BoCC and all the departments and committees had shown themselves to be a collaborative team and his hope is that this cooperation continues across departments and among elected officials.

Commissioner Rusty Granzella, who stepped down after serving one term in office, added he was glad to be handing things off, and wished Wood, stepping into his District 3 seat, well.

The ceremony was followed by the regular Chaffee County Commissioners meeting that began at 9:00 a.m.

The large, assembled crowd was a far-happier group than has gathered in person on county business in the past few years. A few of those assembled noted that the last time they had seen the Commissioner’s Meeting Room that full was the day in March 2020 when the COVID-19 pandemic was first declared. 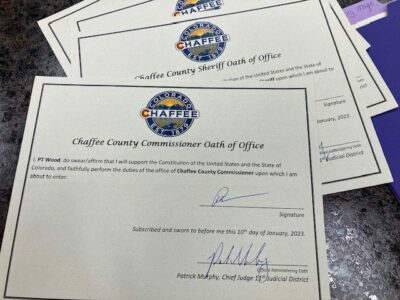 That day the emergency session called by the Chaffee Board of County Commissioners marked quite literally the only time that the countywide COVID Leadership Roundtable met in person. That group met online continuously throughout 2020, 2021 and into 2022 to manage the county’s response.