Ben Kahn, former Salida City Attorney, has been named in a lawsuit filed in Denver District Court as one of four co-conspirators in a securities fraud case involving former Cherry Hills Village resident Gary Dragul and his firm GDA Real Estate Services. The suit, filed by Harvey Sender, who is the receiver overseeing the liquidation of Dragul’s assets following his indictment on 14 counts, alleges that the co-conspirators were involved in hiding assets from the receiver

The latest lawsuit, filed last Tuesday, names for the first time, four alleged co-conspirators as defendants in the case. Marlin Hershey of North Carolina solicited illegal investors for Dragul, who awarded him illegal commissions. Alan Fox of California who reportedly has been sued multiple times for fraudulent conduct, worked with Dragul to transfer investor properties back and forth between the two, improperly inflating transfer prices. 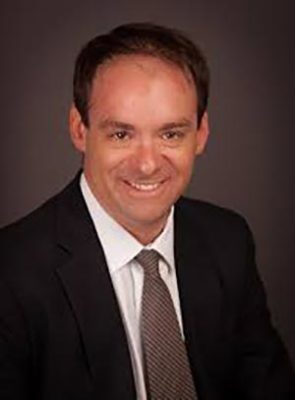 Benjamin Kahn, whose law firm The Conundrum Group was previously contracted as City of Salida attorney, was charged as a co-conspirator in a securities fraud case filed on Jan. 21 in Denver District Court.

Susan Markusch of Englewood, Colorado was a 20-year employee, financial controller and chief financial officer. Benjamin Kahn, of Salida, who’s law firm The Conundrum Group also served as the City of Salida’s legal counsel from 2015 to 2017, is described as “Dragul’s long-standing ally, co-conspirator and CDA’s outside counsel.”

“Dragul was able to carry on this fraudulent scheme for more than 20 years as a direct result of the participation, assistance, and efforts of the other defendants in this action,” wrote Sender in the lawsuit (Denver District Court Case #: 2020CV30255). “Each defendant played a distinct and important role in carrying out Dragul’s fraudulent scheme.”

Dragul himself was indicted on 14 counts of security fraud, in what the court describes as an operation amounting to a Ponzi scheme. As BusinessDen.com reporter Thomas Gounley, who broke the story about this portion of the case commented to Ark Valley Voice on Monday, January 27, “Dragul’s dealings have only been revealed over the past few years. Last week was the first time that co-conspirators have been named.”

The four, newly-named co-conspirators were involved in hiding the company assets, according to Gounley, “in some cases literally taking stacks of files to their own homes in an attempt to hide the existence of the assets from the receiver. This case is super complicated and convoluted. Dragul was criminally indicted in April, 2018. He had two companies: GDA Real Estate Services and GDA Real Estate Management. About six months later the Securities Commission filed a civil law suit against him, and with that law suit, a receiver was appointed to document and liquidate assets.

It was at that point that those named as co-conspirators appear to have dug the hole they were in even deeper.

“Demonstrating their unwavering loyalty to Dragul, Kahn and Markusch also withheld documents and information from the receiver and his team while doing all they could behind the scenes to continue stealing whatever money they could from the estate and interfering in the receiver’s efforts to liquidate estate assets,” reads the lawsuit.

According to court records, Dragul, who used to live in a more than 12,000 square feet mansion in Cherry Hills Village, ran up huge gambling debts, and attempted to move ownership of assets to his wife and children. The mansion was foreclosed on, Dragaul appears to have trashed the place as he was evicted from the premises, and then vanished. The court-ordered receiver is trying to ascertain his physical address.

Gouley confirmed to Ark Valley Voice that while Sender has persisted in attempts to locate the primary defendant, the law firm that had been defending him has asked the court to allow it to withdraw, citing “irreconcilable conflict of interest”. He had no further information on whether the newly-named co-conspirators had been asked if they know Dragul’s  whereabouts.

Gouley says that the receiver is still pursuing a forensic accounting of the firm’s books, continuing to search for assets and liquidating the real estate holdings both in Colorado and around the country.

Ark Valley Voice has reached out to Kahn’s law firm The Conundrum Group for comment, but has not yet received a response to our request.