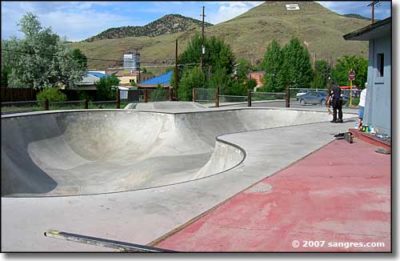 Friends of Salida Skate Parks (FOSS) made a presentation to the Salida City Council during their Oct. 14 work session. The organization discussed the fundraising efforts held over the past six months to raise money for a new 16,000 square foot skate park proposed for Centennial Park.

The Salida City Council will discuss a resolution during their Oct. 15 regular meeting, which supports the initiative to build a skate park and apply for a Great Outdoors Colorado (GOCO) Local Parks and Recreation Trust Fund grant.

Numerous users of the skate park provided comments to the Council, ranging in ages from 10 to 29. Also weighing in, participants in action sports like BMX, skateboards and scooters came forward. The skate park at 1st Street and G Street currently occupies 4,500 square feet, which FOSS organizers says cannot accommodate the high number of users in the community.

FOSS representatives said the addition of the proposed skate park in Centennial Park would further accommodate the number of users who use the existing skate park, while encouraging more growth for the sports that utilize it. FOSS, working with partner organizations, has raised $25,000 to contribute towards the estimated $750,000 project. 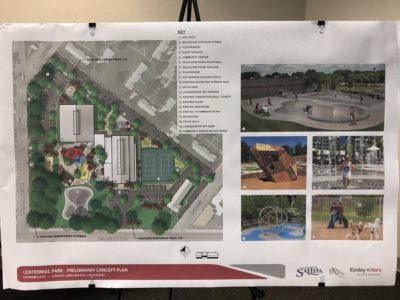 Conceptual plans for Centennial Park in the PROST Master Plan

In addition to asking for financial support from the City, the FOSS team asked the City of Salida to approve a resolution in collaboration with the Salida Recreation Department. This will allow them to apply for the GOCO grant for up to $350,000 to put towards the development of the skate park.

FOSS organizers say they have been in contact with members from the Tony Hawk Foundation, an organization set up to support those who feel they do not have a safe and legal place to skate and to grow the sports that occupy the skate parks.

FOSS fits the criteria of a grant from the Tony Hawk foundation, but before they can proceed further, they must have at least 25 percent of the overall projected expense in hand. Proponents of creation of a new skate park say they hope that with the approval of Resolution 2019-52, the GOCO grant will qualify them to also apply for grants awarded by the Tony Hawk Foundation.