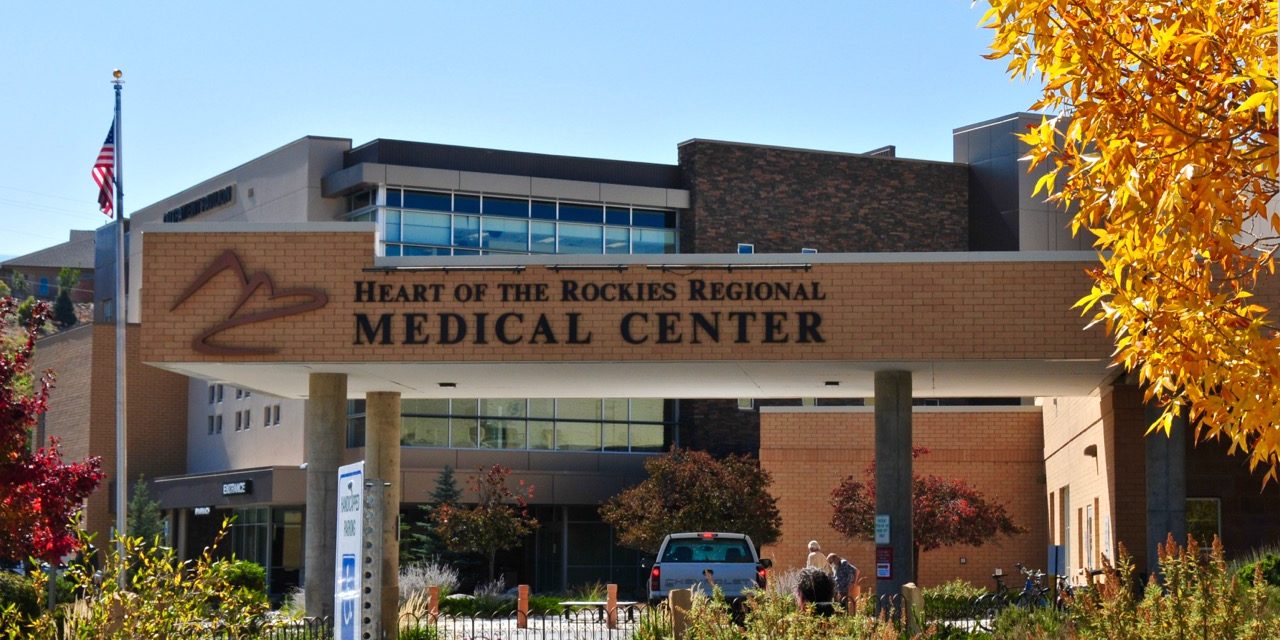 The board also learned of the necessity for a second floor inpatient pharmacy remodeling project at the hospital, currently estimated at more than $1.5 million.

The move would bring the pharmacy into compliance with regulatory requirements for clean rooms, anterooms and negative pressure receiving areas for the safe handling of hazardous drugs. 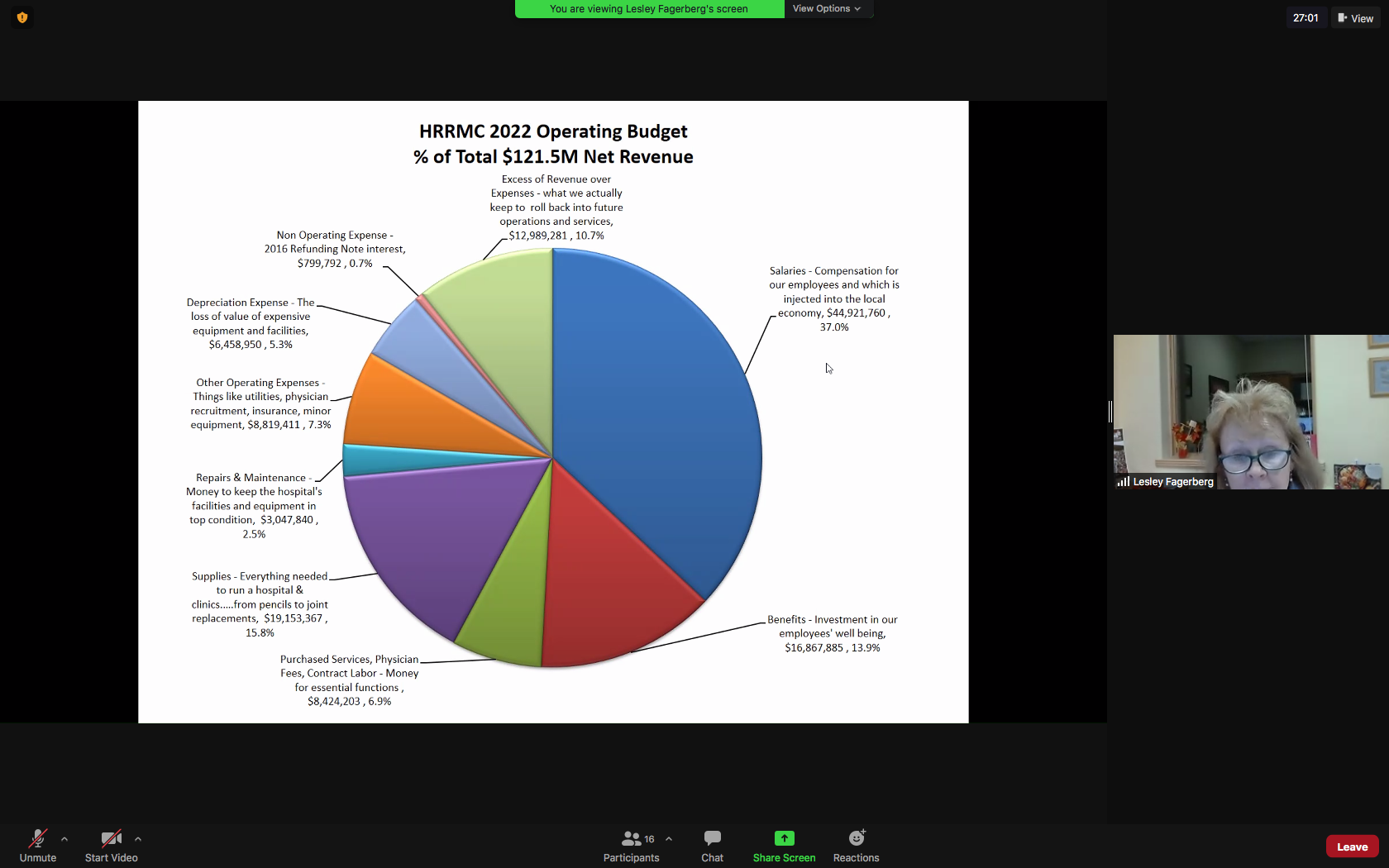 A pie chart showing the expenses that will be funded with the projected $121.5 million in net revenue for 2022.

Morasko pointed out that no one had “done anything wrong,” but that the building’s current layout is not in compliance with U.S. Pharmacopeia (USP) agency regulations. It was built in  2008 and USP regulations have continued to evolve. The board will review the scope of the project in the future before approving contracts.

In the budget presentation, Lesley Fagerberg, Vice President of Financial Services outlined the procedures in crafting the budget document and forecasting revenues and expenses for the next fiscal year, based on year-to-date data and additional factors such as inflation, government and third-party reimbursement changes, new services offered and equipment and personnel needs.

She commented that the budget process was complex and had been worked on since August of this year.  She stated there was no crystal ball to predict how the district would be affected by entering a third fiscal year with the pandemic still raging, uncertainties such as critical staff shortages, unknowns in physician/provider relations and legislative changes in healthcare billing requirements.

The budget is calculated and per unit costs are established along with estimated personnel costs after reviewing department requests. Salaries are budgeted to increase by 15.7 percent in 2022, with fringe benefits increasing by 15.5 percent, according to Fagerberg. Other costs are projected to rise 10.4 percent.

An increase of six percent is budgeted for inpatient room charges, except for the Family Birthing Center and Intensive Care, which have no projected increases. Other ancillary service charges budgeted range from a 15 percent hike in Operating Room charges to four percent for CRI and CT; three percent for Rehab services; two percent for Lab/Pathology and no increases for Rural Health Centers, Internal Medicine, Oncology, Urology, Psychiatry, Neurology, Gynecology, Pain, ENT, Allergy, Cardiology and Orthopedic Clinics, Patient Supplies/Implants and Pharmacy.

Net patient revenues in the new year are projected to increase 10.9 percent, while non-operating expenses are expected to rise by just over 24 percent.

Medicare Provider Fee supplemental payments are projected to add $2,298,756 to operating income, a decrease of nearly $451,000 over the current year.

CEO Bob Morasko reported that Dr. Peter Edis, Vice President of Development, has announced he will leave the district for a CEO position out of state and will depart Dec. 24. A replacement is being actively sought, Morasko said, and some staff roles, particularly at the Buena Vista Health Center, are being realigned.

Morasko also complimented the staff for ‘doing a wonderful job’ in dealing with the current surge of COVID-19 infections as well as staff shortages at the hospital in nursing and other positions. He said shortages still exist in respiratory therapy as well as registration/billing.

Morasko said an in-house program with respiratory techs brought in to initiate respiratory therapist training, working with Colorado Mountain College will be explored. It will be similar to the program with CMC to train Certified Medical Assistants this past summer, which he said ‘has been a huge success.’ 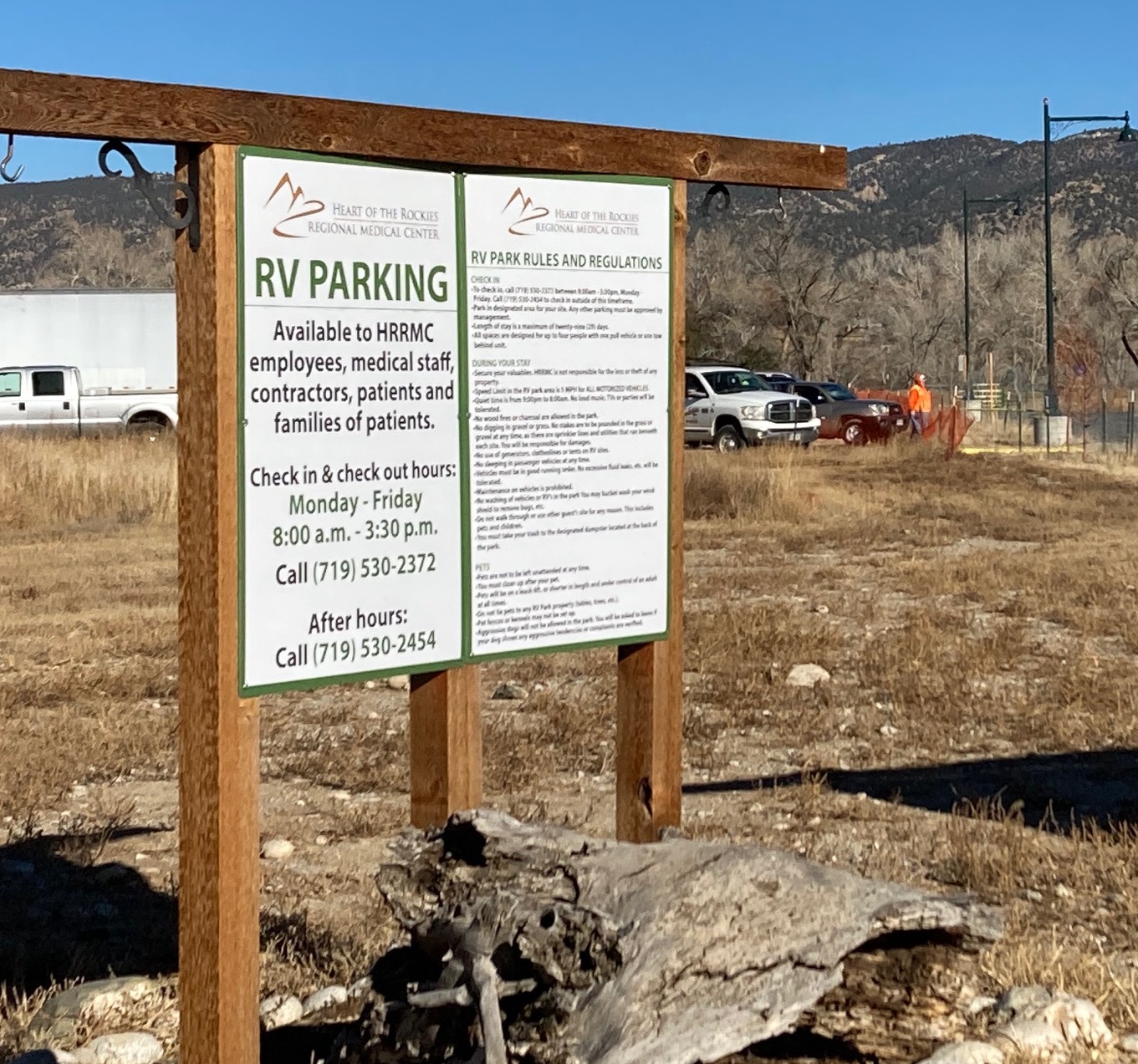 The parking lot area at HRRMC designated for RV parking for employees, physicians, nurses, contractors, patients and their families. Photo by Dan Smith.

It was also reported announcements would be issued for those utilizing the RV parking facilities provided at HRRMC to make arrangements for obtaining proper heating for their vehicles overnight with winter approaching.

In other action, the board also approved the purchase of new capital equipment, including a Sonolite diagnostic ultrasound system to facilitate increasing surgical demands, at a cost of $30,768.