When Socorro and Miquel Hernandez left Buena Vista just over two years ago, they knew they wanted to return someday. After living in California for two years, the couple, who are expecting their first child, returned to Buena Vista to create La Herradura, located at 708 U.S. Highway 24, just south of East Main street. 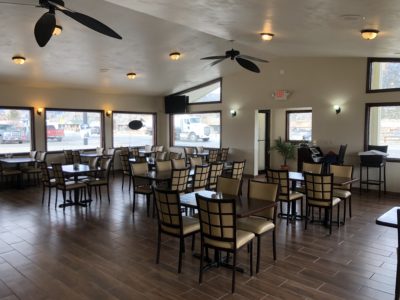 The Hernandez’s dream; to opening a Mexican restaurant. Their goal: to open one dedicated to authentic Mexican food, culture and the Buena Vista community.

Both have experience working in the restaurant industry. Socorro, during her first stint in Buena Vista, was employed in the kitchen at the Eddyline on South Main. Miguel, in his youth, worked bussing tables and washing dishes.

Not only were they drawn by Buena Vista’s breathtaking views and comfortable weather, but also by its people.

“We fell in love with the town (of Buena Vista), and the nature up here. We love the idea of Colorado,” both say, nearly in unison. “This is a great place to raise kids, and now we have one on the way … I love the people being so friendly. Here, they’re not on the run. In California, you’re always on the run. If you stop by and say ‘hi’ to someone you are taking too long. People take the time [here], people are friendly, they are loving.”

Together, along with their friends and business partners, Wendy and Miguel Lopez, The Hernandez’s purchased the former Lorenzo’s restaurant. Located at 708 U.S. Highway 24,  just south of East Main street, the building is in a prime location. The Hernandez’s, however, wanted to bring something different to the Buena Vista area; something they say hadn’t been seen before. 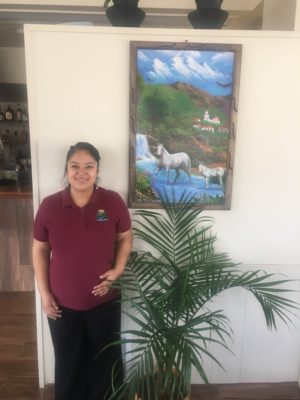 On Feb. 14, the Hernandez family opened La Herradura. Only a few months prior Socorro and Miquel were pouring money and time into the building. They ripped out the old carpet flooring and replaced it with new tile. They repainted the entire interior, installed new televisions and added a bar area.

Socorro Hernandez hails from Puebla, Mexico, while her husband is from Jalisco, Mexico. They have furnished the dining area with imported Mexican furniture and decorations; a friend securing authentic Mexican paintings from Rosalito, Mexico, and sent them to La Herradura, where they hang in the dining area.

“I wanted to be a little more original, I want to be set apart from other Mexican Restaurants,” explained Socorro. “Some of our food is Tex-Mex because that is what people are used to. People like that, but some of our dishes are quite authentic (to Mexico).”

“It’s a thick sauce. You blend in 20 spices. It thickens up, and it’s like a thick, spicy, sweet sauce,”  she explained. “It can go on chicken, on the enchiladas. It goes on rice and beans [too].”

One dish that she says she often suggests to patrons is called ‘Molcajete.’ This dish comes with steak, shrimp, fish, chicken, and chorizo sausage as well as rice and beans for each person.

Supporting Buena Vista as a Whole

Though they offer authentic Mexican accommodations and food, The Hernandez’s realize the importance of supporting their neighbors. They want to incorporate as much local flavor and presence into their restaurant as they can. 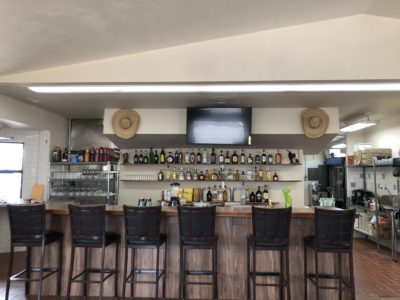 “We carry some of Eddyline’s beer and whiskey from the Deer hammer,” said Socorro. “During the summer I would love to carry some of the Weathervane products as well. [We] definitely support locals. We definitely want to be friends with our local people. We want to create relationships with our customers.”

The Hernandez’s give the local community a lot of credit for La Herradura’s early success.

“The community has shown us love and support,” said Socorro. “We thank everybody for their patience. Everyone has been great, and that’s helped us to open up even more quickly.”

The Hernandez’s know one way they can give back to Buena Vista is to provide jobs for those who live nearby.

Currently, they employ four workers, three of whom are Buena Vista locals. The Hernandez’s are aware of the major traffic uptick during the summer season and are looking to add four more employees before then.

“We are already working on hiring people,” Socorro said. “We would love to hire some more locals [before] the summer.”