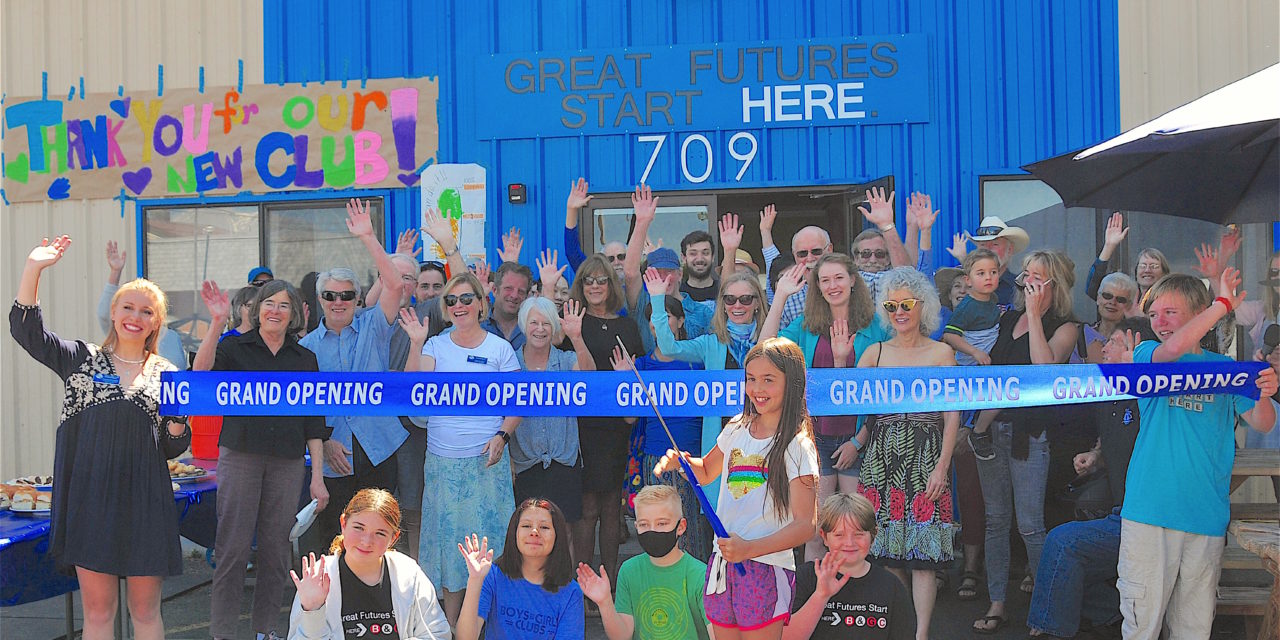 On June 12, 2021, a crowd gathered to officially celebrate the future of the Boys and Girls Club of Chaffee County (BGCCC), in their new home on Palmer Street in Salida. It was an official ribbon-cutting after a full year of activity in the new space, to welcome and thank the community.

For 16 years, the Boys and Girls Club of Chaffee County has been a hub for kids ages 6 to 18. After 15 years at home in Saint Joseph Church, the BGCCC bought the old Exer-Flex gym and transformed it into a kid-friendly space. 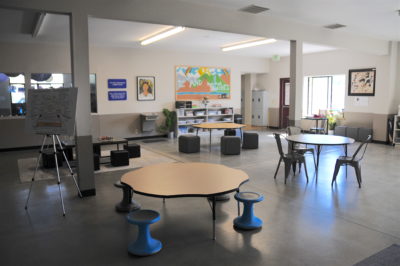 “Nobody really felt like they got what they wanted,” said BGCCC Executive Director Brian Beaulieu.

In Saint Joseph Church, each room served three to four purposes. In the new building, an open floor plan and creative liberty allowed the design team (composed primarily of Beaulieu, his wife Tina, and Jeanine Zeman) to take rooms that were full of weights and instead fill them with art supplies, books, computers, and anything else the kids might want.

“Unfortunately we don’t have a lot of diversity here in town, so we wanted some of our art and our pieces to reflect the diversity and diverse cultures,” said Beaulieu pointing to books about Frida Kahlo and Jean-Michael Basquait.

With the club transitioning from its prior role as a renter to being building owners meant the space was adaptable; open to accommodating the needs and interests of kids.

“They feel like it’s their club, as they should,” said Beaulieu.

The BGCCC team is currently preparing to convert the parking lot into Molly’s Playground, named after the late  Molly Grether. It has been designed by and for the kids and aims to be completed by September.

“I can’t wait to see what happens next,” said Irene Alvarez, Junior Youth of the year for 2020, and member of the club for nine years. “This place brings me joy, and magic, and life,” she said, highlighting the vibrancy of kids and staff alike. 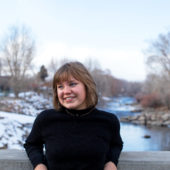