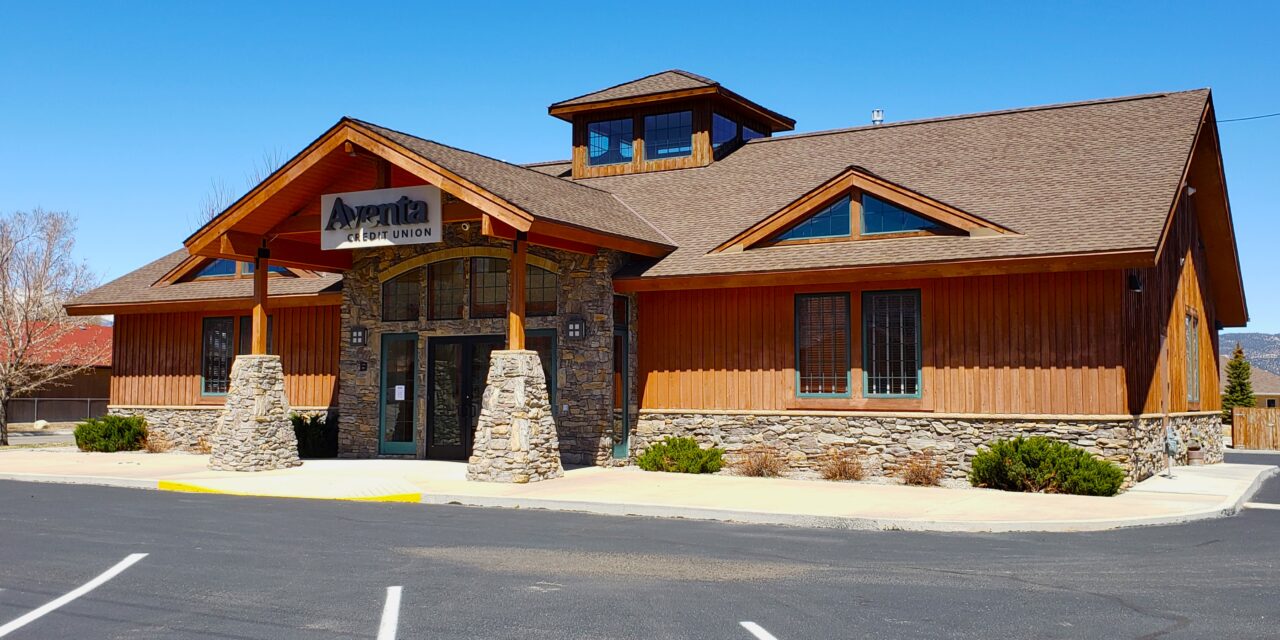 Aventa Credit Union has announced the opening of a Chaffee County branch located in Salida at 7480 U.S.50 (Rainbow Blvd.). The branch opened at 9:00 a.m. Monday, April 4.

As a part of its Grand Opening week, the new Aventa branch is offering daily door prizes, food, and beverages from local eateries and drinkeries. Friday, April 8 is a special Grand Opening, featuring a 1:00 p.m. ribbon-cutting ceremony to be conducted by the Salida Chamber of Commerce.

“We are excited by this new opportunity to further serve our existing membership in Chaffee County and look forward to forging new relationships for the long term,” said Chief Executive Officer Greg Mills.

Aventa Credit Union was founded in 1957 by the Colorado Springs Utilities Department.  Some 65 years later, Aventa has grown to more than 34,000 members and $255 million in assets.

The credit union offers a wide variety of financial products and services throughout the nine counties they now serve. Membership is open to anyone that lives, works, worships, or attends school in Alamosa, Chaffee, Custer, El Paso, Fremont, Huerfano, Pueblo, Saguache, and Teller Counties.