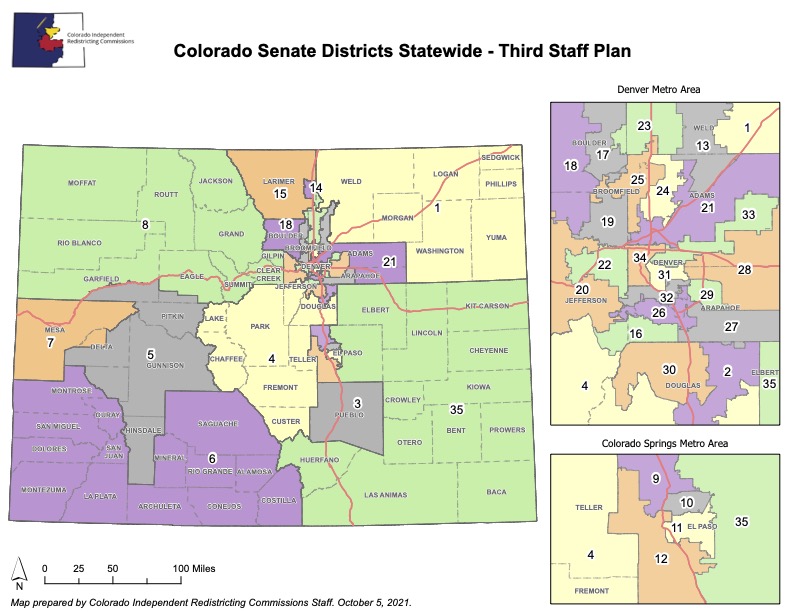 All eyes have been on the Colorado redistricting process since Colorado is one of only two states in the country where voters have approved ballot measures that remove the drawing of voting district boundaries from political parties and place it in the hands of independent redistricting commissions.

The third legislative staff plan can be viewed or downloaded at https://redistricting.colorado.gov/content/staff-legislative-3.

The state senate and state house plans were prepared using 2020 Census Data. The commission has continued to accept public comments and input from the legislative commission. The plans will be presented virtually to the commission on Oct. 6 at 5:00 p.m.

The legislative commission must approve the final plan by Oct. 12.

Written public comments will remain open and available throughout the consideration of final plans. To be adopted, the plans must be voted on and approved by eight of the 12 commissioners, including two unaffiliated commissioners. The plans must be adopted by the commission by Oct. 12 and submitted by nonpartisan legislative staff to the Colorado Supreme Court by Oct. 15.