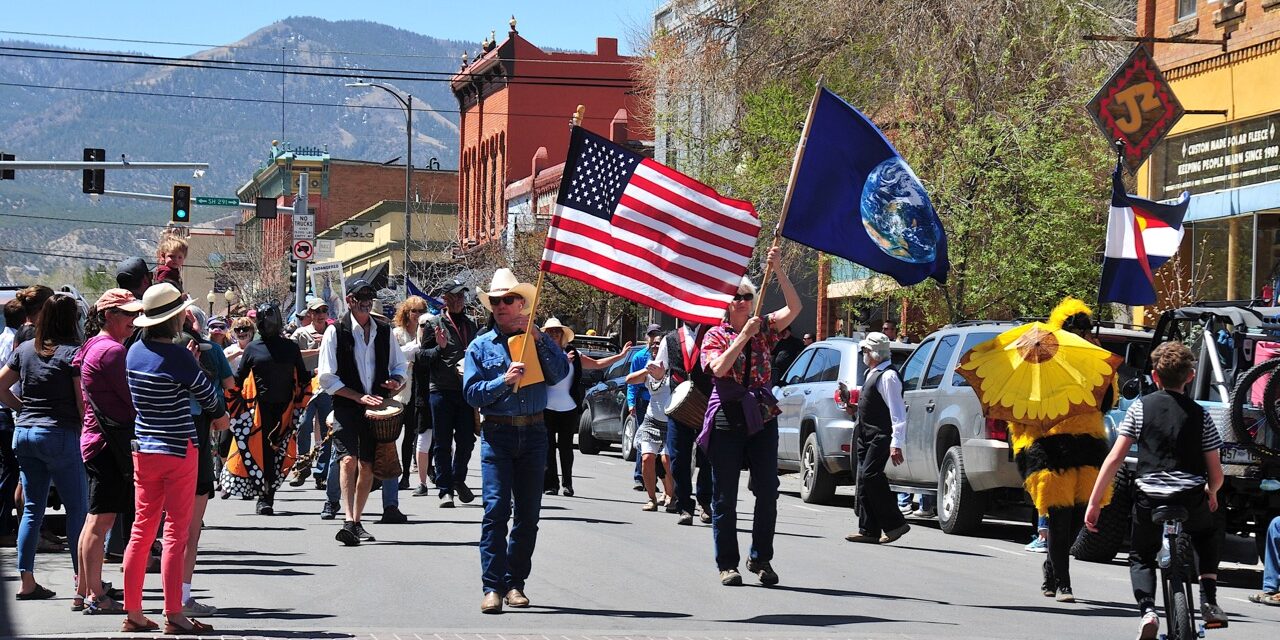 After an absence of two years, Earth Day was celebrated in Salida again Friday, with the popular Parade of the Species and environmentally-focused events in Riverside Park. 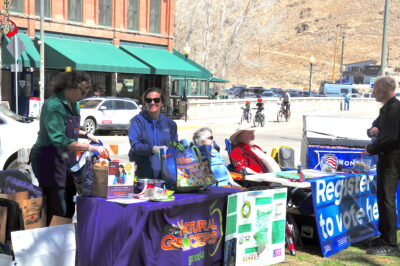 Hundreds of people took part in the event, organized by the Central Colorado Climate Coalition, starting with the parade marching from Alpine Park to Riverside Park, and joined by more than 20 civic partner and sponsor booths that provided information, swag and inspiration for those concerned about the health of ‘Mother Earth,’ and wanting to live a greener existence.

Participants learned about efforts for community sustainability from the City of Salida, which unveiled its Clean Commute Challenge to encourage citizens to replace passenger vehicle trips with human-powered trips (such as walking, bicycling, e-Biking, etc.).

Chaffee County Commissioner Keith Baker outlined the Chaffee County Sustainable Development Plan (SDP). Baker noted much input has already been received from community movers and shakers in the plan in an effort to provide balance in the approach to growth and development, and that more broad-based input is being sought.

Green businesses and nonprofits offered earth-friendly practices such as composting, water conservation, recycling, gardening best practices and more, and attendees also enjoyed music and dancing by the River Tribe, Bruce Warren and Andrea Earley-Coen as well as refreshments through the afternoon.

Mother Nature made her presence felt with strong winds and occasionally powerful gusts that at one point threatened to upend the large, weighted-down tent erected by the Climate Coalition. 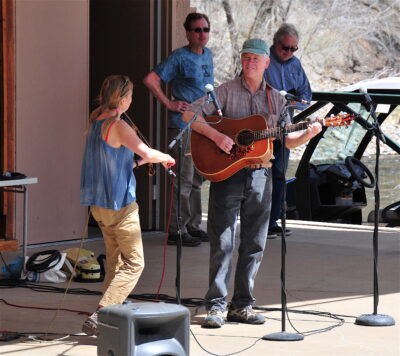 Thank you notes are being sent to all organizers and participants instrumental in bringing back the Earth Day celebration in Salida.

The Central Colorado Climate Coalition is a 501(c)(3) nonprofit organization made up of grassroots activists and citizens committed to education and action for climate change mitigation within the Arkansas River Valley and surrounding areas of Fremont and Chaffee Counties. Its goal is to bring people and organizations together to work for sustainable policies, climate awareness, and local solutions to climate change.