Hikers might not notice a difference in the trail, but they may notice the new name. Today, Governor Jared Polis renamed the Mountain Lion Trail at Golden Gate Canyon State Park as “Rocky Mountain High Trail.” 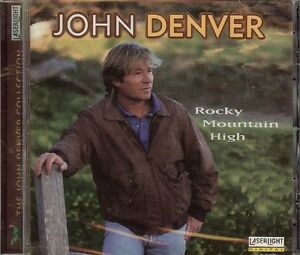 The renaming is in honor of the 50th anniversary of the release of John Denver’s world-famous song “Rocky Mountain High,” Governor Polis celebrated Colorado’s iconic beauty as shared through Colorado’s second state song.

“Here in Colorado, we’ve always known that our majestic mountains, our bright blue skies, our starlit nights, and our forest and streams were the stuff of legends – but John Denver made them the stuff of song lyrics too. And not just any lyrics, but world-famous lyrics that span genres and generations,” said Polis.

“My parents took me to my first concert to see John Denver at Red Rocks in 1980 when I was five, and I danced in the aisles and our family continues dancing to this day to John Denver’s incredible music,” he added. “As we continue to protect our environment and ensure Coloradans can thrive for generations to come, I am thrilled to commemorate the 50th anniversary of our state song ‘Rocky Mountain High’ in such a meaningful way.”

Denver was killed in a plane crash off the coast of California in October, 1997 at the age of 54. He earned international acclaim as a songwriter, performer, actor, environmentalist and humanitarian. His career spanned four decades and his music has outlasted countless musical trends.

While Denver’s “Rocky Mountain High … in Colorado” album, released in 1972 by RCA Records, has become practically a state anthem, the list of memorable songs written and performed by Denver is lengthy: including “Sunshine On My Shoulders”, “Annie’s Song”, “Thank God I’m A Country Boy”, “Take Me Home, Country Roads”, and “Leaving On A Jet Plane”.

The legacy of John Denver, a two-time Grammy Award-winning singer/songwriter and Poet Laureate of Colorado, will be celebrated tonight by the Colorado Symphony at the Boettcher Concert Hall. The special concert will include archival video footage of Denver performing songs from the “Rocky Mountain High” album and Denver’s biggest hits, backed by live performances from former members of his band alongside Resident Conductor Christopher Dragon and the Colorado Symphony.