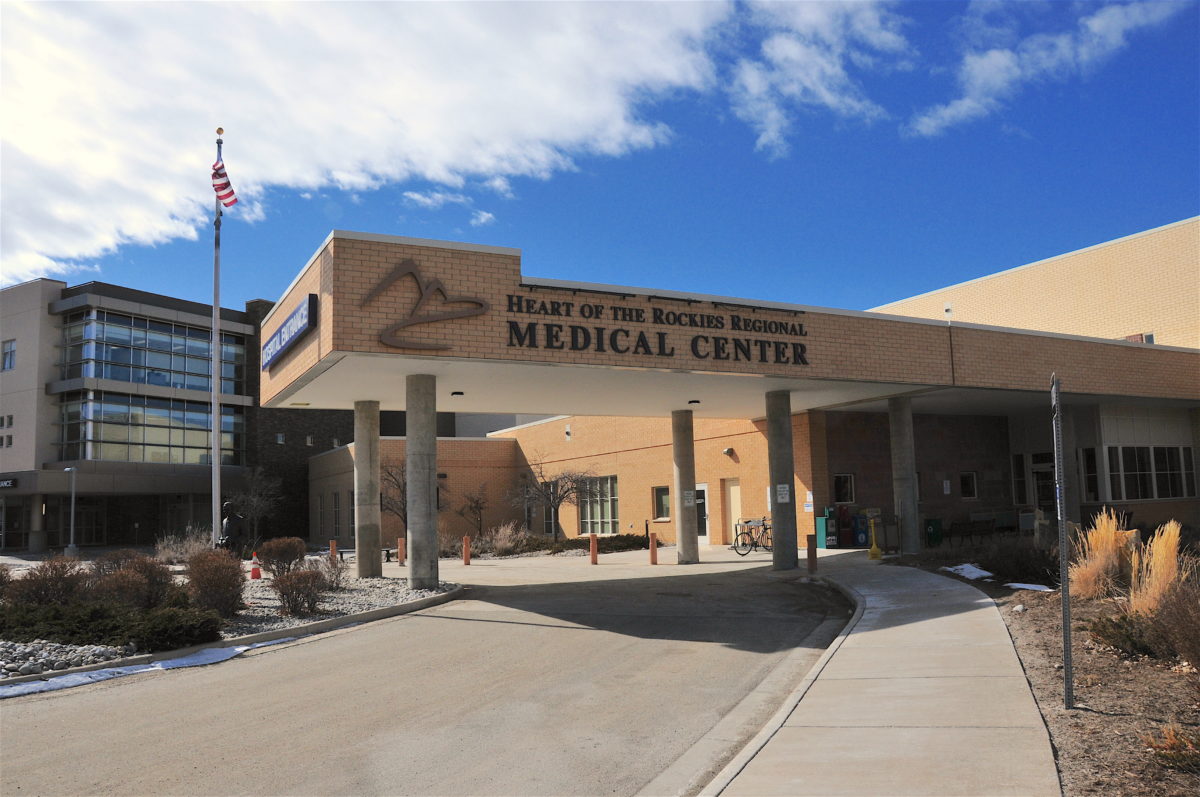 With a nearly two million dollar operating loss in April in the midst of the coronavirus crisis, the Board of Directors of the Heart of the Rockies Regional Medical Center heard strategies for remaining viable, as more medical services are being gradually restored at the hospital with the coronavirus pandemic (at least temporarily) slowing here.

In April, vice president of Financial Services Lesley Fagerberg reported total patient service revenues were nearly $8,419,000 against the budgeted expectation of nearly $14,597,000. Nearly all non-emergency services were canceled or postponed as of March 16 as a result of the COVID-19 crisis.

Fagerberg reported gross revenue was down 58 percent in April, compared to the average for January and February. She stated that the shutdown began affecting the hospital in mid-March, which was 17 percent under the prior two months’ average gross revenue.

The report showed the impact on the Outpatient category, which performed emergent or urgent services only, while elective surgeries declined. Appointments began to shift to telehealth versus in-person visits at clinics, she noted, with only 2,189 procedures performed against the 5,269 budgeted procedures, representing a 58 percent decline in total procedures.

HRRMC received $1,598,511 in COVID-19 relief funds in April – primarily from the first two distributions under the federal CARES Act. This helped to offset the operating loss of $1.97M.

For the month, net patient revenues were $3,851,536 compared with the budgeted expectation of just over $7 million.

Fagerberg noted cash flow increased by more than $9 million thanks to a $1,971,354 operating loss that was offset by CMS Advance Payments of $8,810,829 and the two federal CARES Act stimulus payments totaling nearly $1,600,000.

Board chair Debbie Farrell described the situation as ‘grim’ but noted: “We are getting some support from the federal government at this point; state government, not likely.”

One major capital improvement expenditure was put on hold in the wake of economic impacts.

Capital purchase requests approved included six replacement surgical helmets to protect patients and staff at a cost of $18,555.91; and a replacement water purification system for the planned remodeling of the Sterile Processing Department (SPD) at a cost of $52,814.88. Phase one of the overall remodel of the department, estimated at $262,794.40 was also approved.

The Surgical Services Nurse Manager, Chris Hudson, noted in a report to the board that the current water purification system “has failed and needs to be replaced,” and suggested a previously purchased, self-generating steam sterilizer be used in phase two of the remodel by Colarelli Construction.

The total remodel cost is pegged at $807,000 and Hudson noted in the report it was agreed, given “our current economic state,” to delay phase two of the project. Hudson suggested “we install what we have purchased and purchase a new water purification system as it pertains to patient safety.”

Earnings before interest depreciation and amortization (EBIDA) divided by patient service revenues also suffered due to the pandemic, dropping from minus 10 percent in March to about minus 40 percent in April. This is the income available for debt service. One important bright spot; the cash on hand to meet hospital needs increased in April to nearly 300 days.

Officials said HRRMC has not had to furlough or lay off any employees during the crisis.

CEO Bob Morasko reported strategic plan changes, including a decision to have HRRMC hire a director to lead operations at the West Custer County Health District prior to the hospital district taking over operations there.

He reported an application for a Department of Local Affairs (DOLA) grant to replace that facility’s aging x-ray machine, add stress echo cardiac exam equipment, and replace aging physical therapy equipment has been completed. A decision on the grant is expected by the end of the month.

Plans for constructing a facility for Solvista Health on the hospital campus are on track, Morasko reported, with construction starting as early as July, 2020.

Elsewhere, a grant will be written to provide up to 50 percent funding for remodeling a decontamination space in the current Buena Vista Health Center and expanding the emergency department.

Staff is shifting back from limited access to reestablishing regular services, he reported and commended the departments who have established creative strategies in doing, so while maintaining a safe environment for staff and patients.