Lake County’s coroner and his wife were charged with felonies Feb. 19 after law enforcement authorities found a body that reportedly had been sitting for months in a coffin at the former Kent-Bailey Funeral Home in Silverthorne, which was operated by Coroner Shannon Kent and his wife Staci. The body was discovered when new owners were moving into the building.

The situation prompted a response Feb. 23 from the Lake County Commissioners, who announced that Chaffee County Coroner Jeff Graf will now work with Lake County as necessary.

“The Lake County Board of County Commissioners was informed on Friday, February 19th of events regarding the Lake County Coroner, Shannon Kent, that may affect the Coroner’s performance of certain duties,” the release read. 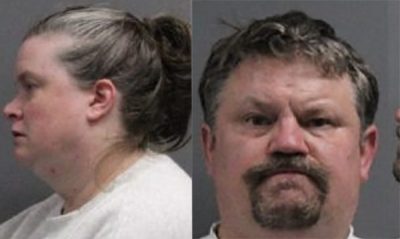 But meanwhile, according to the release, “Shannon Kent continues to serve as Lake County’s elected Coroner as allowed under the order issued by the Summit County Court. The Lake County Commissioners are committed to continuity of operations for the Lake County community, while remaining within their respective statutory authority.”

The Ark Valley Voice has asked Lake County for details on Kent’s continuation in the position. Kent was elected in 2014 and again in 2018.

According to a release from the Fifth Judicial District, the Kents, each 45, of Leadville, were arrested Feb. 18 by the Silverthorne Police Department with assistance from Lake County Sheriff’s Office. They were charged with Attempted Tampering with a Deceased Human Body, a Class 4 Felony.

The body was identified as that of Victor Akubuo, a truck driver who died in a Park County crash in July. His family contracted with the Kents, who operated several funeral homes throughout the high country, including those in Leadville and Silverthorne. There was no information as to why the body remained at the Silverthorne location.

In addition to the main charge, Shannon was charged Feb. 19 with a violation of his bail bond conditions, a Class 6 Felony, stemming from his Dec. 6, 2019 arrest in Lake County. There, he is charged with Official Misconduct, a Class 1 Petty Offense, and Perjury, a Class 4 Felony, after a Fifth Judicial District grand jury indicted him in September 2019 for having Staci Kent act as a deputy coroner from March to July, 2019, although she was never legally sworn in, nor was the appointment filed with the county.

There’s more to the story. The state suspended the operating license for the Kents’ funeral homes in October 2020, stemming from a December 2019 complaint about the cremains of a stillborn baby. The complaint stated that the client had placed multiple calls to get the child’s cremains from the company, and that when they were given to the client, they were unlabeled, lacked paperwork, and appeared to be heavy considering the small size of the child.

“Upon analysis, the cremains submitted by (client) were found to contain recognizable elements of a perinatal human infant, long bone fragments of an older/larger individual, and metal,” stated a report from Colorado’s Office of Funeral Home and Crematory Registration.

On Oct. 2, 2020, Lake and Eagle County sheriff’s departments executed a search warrant at the Kent funeral facility at 510 Harrison Ave. in Leadville, where they discovered a disorganized and unsanitary – if not grisly – scene.

According to the State’s report: “… they encountered a strong odor of decomposition and discovered the following: used body bags, medical gloves, and other surgical equipment with dried bodily fluid on them piled on the floor; dried bodily fluids on the metal preparation table and the floor; bodily fluids leaking out of a blue body bag containing a decedent that was not refrigerated; numerous bags of unlabeled cremains; a container of animal remains leaking fluids; a sealed casket with dirt on the exterior containing the remains of John Doe that had been exhumed; several bodies in refrigeration wrapped in sheets or blankets without identifying tags or paperwork; a small unmarked casket containing a stillborn infant that was “abandoned” according to Respondent; and paperwork scattered several feet deep on the floor of what appeared to be the business office.”

Bond for the Feb. 19 charges was set at $10,000 each with a court appearance set for March 9. Police continue to investigate the case.