Letter to the Editor: Senate candidate supported by dark money

Two big colorful campaign mailers for Olen Lund (who is running against incumbent State Senator Kerry Donovan) arrived in my mailbox this week. My eyes got big because I know these mailers are not cheap.

Right away I noticed that both pieces were “Paid for by Colorado Economic Leadership Fund.” Hmm. Who are these people?

A little bit of digging answered the question. It turns out CELF is an oil and gas industry front group. See https://www.denverpost.com/2017/07/16/oil-gas-industry-public-influence-campaigns/

The Denver Post article notes, “The oil and gas industry in the past four years has poured more than $80 million into Colorado to shape public opinion and influence campaigns and ballot initiatives, creating a political force that has broad implications throughout the state.”

Now I’m not saying that what is in the short-term best interest of big corporations is necessarily in conflict with the long-term interests of the broader public, but we should all be concerned about what is expected of Olen Lund by the companies that are funding his campaign. I think it’s safe to say that renewable energy, for example, will not be high on his agenda if he is elected to the state legislature.

His use of dark money from oil and gas companies also makes a mockery of this statement in his campaign propaganda: “Olen will stand up to big spending politicians and special interest groups.”

Voters can be forgiven for being skeptical. I for one will be voting for Kerry Donovan.

Letter to the Editor: Thank you Chaffee County Democrats 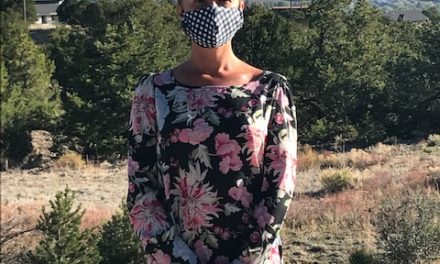 Guest Opinion: Where we are at with COVID-19