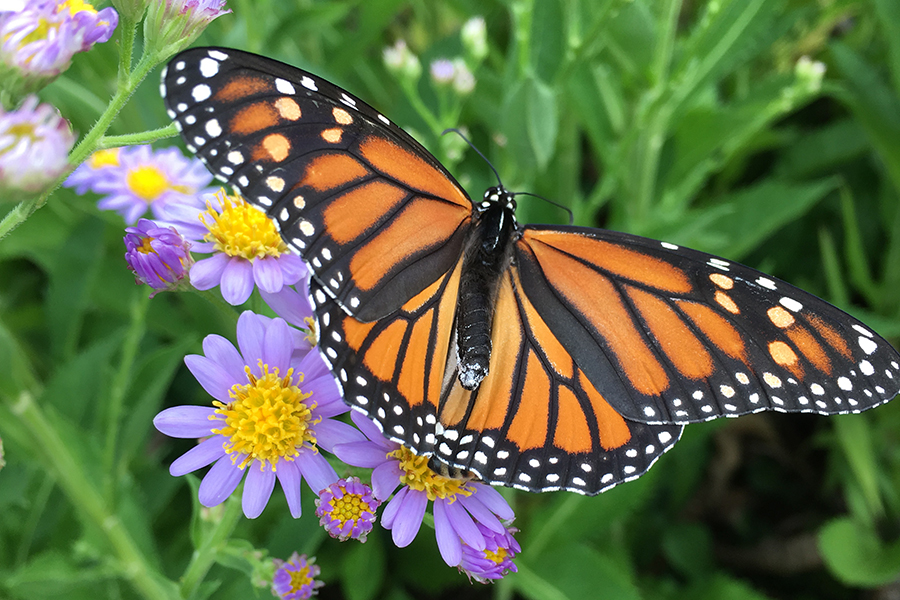 Earth Day is Monday, April 22 — Monarch butterflies, considered a lucky omen in many cultures, are in trouble. Under siege from loss of habitat, drought, wildfires, dropping by the millions from GMO-linked herbicides, the gorgeous black, orange and white-winged creatures, that for eons has been synonymous with summertime in the northern hemisphere, need help. In the past 20 years, the North American monarch butterfly population has plunged by nearly  95 percent.

The U.S. Department of the Interior’s Fish and Wildlife Service (FWS) has just announced a request for comments on an application for a conservation agreement to help protect the monarch butterfly. The agreement implements a voluntary conservation strategy for energy and transportation activities on the habitat where the monarch butterfly, a covered species, exists. The FWS requests information and comments from the public on information related to the agreement, as well as its adequacy. Written comments are due by June 14, 2019. The public is invited to add their comments by following this link: www.federalregister.gov/documents/2019/04/15/2019-07399/receipt-of-application-for-enhancement-of-survival-permit-and-draft-candidate-conservation-agreement

Monarch butterflies start their approximately 3,000-mile (4,500-kilometer) journey southward from southern Canada and the northern U.S. in August. Their migration is considered a threatened phenomenon. In Mexico as well as across the U.S., volunteer spotters keep track of their path. The first monarch butterflies of the annual winter migration from the United States and Canada to the forest sanctuaries and the Sierra Nevada mountains of central Mexico were late last fall, while a few arrived as early as Oct. 20, the vast butterfly masses did not arrive until early November due to weather conditions across the U.S. that shortened the distance they could fly each day.

Monarchs that start the journey back north are not the adults who finally make it to their summer sanctuaries. Scientists who study the beautiful insects say they use a kind of internal solar compass to guide them on their journey. That instinct guides four to five generations of butterflies who are born, travel and die before the great-grandchildren of those who left their summer range return to Mexico. Those that summer in the north and fly south have longer lives (call them the lucky generation) and can live nine months.

For the past two years, the estimated number of monarch butterflies arriving in Mexico has declined. There are many reasons for the decline, including extreme weather.  As the climate changes, causing colder and wetter winters and stormier summers, the impact on the monarch butterfly is predicted to be severe – they cannot fly when it is too cold or too wet. 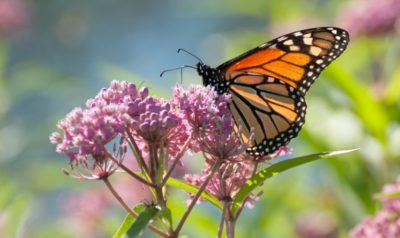 More extreme storms due to climate change are hard on monarch butterflies in general. Scientists tell us that these insects cannot fly if their body temperature is less than 86 degrees. So if you see one in your garden this spring just sitting in the sun or “shivering” its wings – it’s trying to warm up.

But there are two other man-made reasons. Habitat loss due to urban sprawl and development is turning natural open spaces into manicured lawns. In the U.S. there is another reality: the increased use of herbicides has reduced the number of milkweed plants –  a food source for the monarch butterflies, as well as their chosen location to lay their eggs because the plant is what their larvae feed on exclusively.

Butterflies, like birds, are pollinators that contribute to the health of our planet. While feeding on nectar, they pollinate many types of wildflowers and they are an important food source for birds, small animals and other insects.

Their range is large. They have been known to travel 50 to 100 miles in a single day. There are three geographically distinct populations across North America: one each both east and west of the Rocky Mountains, and one Central American monarch population. Each has a distinct migratory pattern. Monarchs that live west of the Rocky Mountains will migrate to southern California for winter while monarchs that live east of the Rockies will migrate to Mexico. Which might mean that we get both species here in Chaffee County.

Wherever there are milkweed plants, monarch butterflies will be too. Here in Chaffee County, which is a habitat and a migration ‘fly-over’ area, the Central Colorado Conservancy (CCC) has begun handing out packages of milkweed plant seeds (while supplies last), to encourage area residents to plant milkweeds as a food source for the migrating insect. The seeds come from Western Native Seed Company in Coaldale, which has an online presence at https://www.westernnativeseed.com/.

“Rather than pull them up like weeds, people should recognize these natural food sources for the benefit they provide species,” said Central Colorado Conservancy Executive Director Andrew Mackie at a recent CCC event. “We need more milkweed plants in this county and we’re encouraging people to add them to their natural landscapes.”